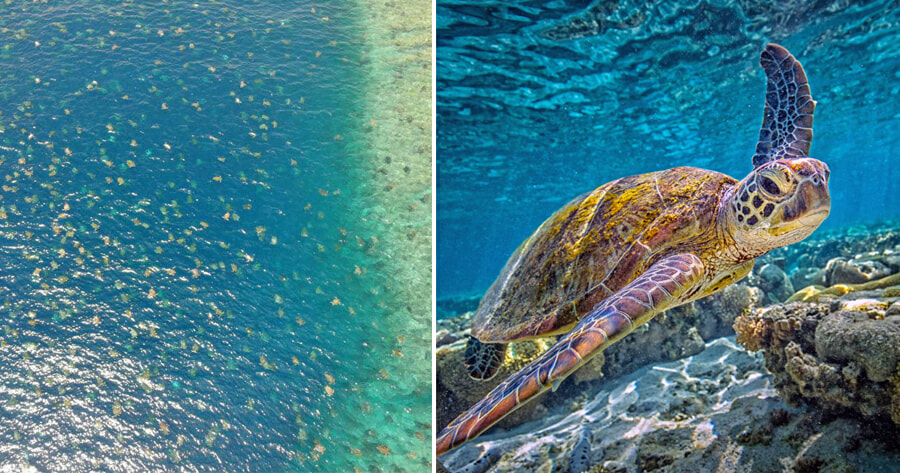 A beautiful moment was captured when thousands of green turtles were seen approaching the world’s largest green turtle breeding ground at Raine Island at the edge of Australia’s Great Barrier Reef.

According to CNN, scientists from Queensland Government’s Department of Environment and Science (DES) captured the footage using a drone at the island which is a protected area that is not open to the public.

The team revealed up to 64,000 turtles swimming around the island waiting to come ashore to lay their eggs.

Green turtles are classified as endangered due to overharvesting of their eggs, hunting of adults, being caught in fishing gear and loss of nesting beach sites, according to World Wildlife.

The creatures are found mostly in tropical and subtropical waters and migrate long distances between feeding grounds and the beaches where they emerged as hatchlings, some 35 years after they were born.

While it might sound like a huge number were sighted at the island, the population of green turtles is on a decline as the reproduction success has been low due to nests flooding and inhospitable terrain. 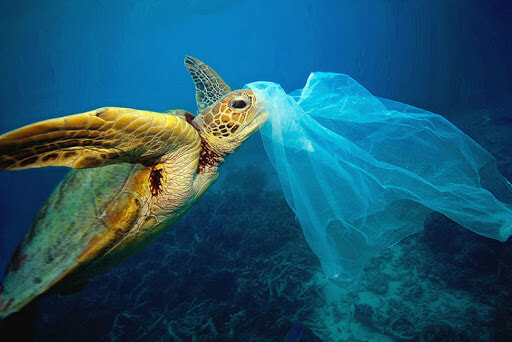 “We sort of became aware that although there’s these massive aggregations, the actual reproduction isn’t working so well,” Dr Andrew Dunstan, from the DES, said.

He explained that his team noticed turtles were falling off cliffs, becoming trapped in the heat and suffering flooding in their nests. After implementing a series of interventions to help the struggling turtles, scientists then sought to track the population.

Researchers initially painted the turtles’ shells with a white stripe of non-toxic paint while they gathered on the beach and waited for them to return to the water. 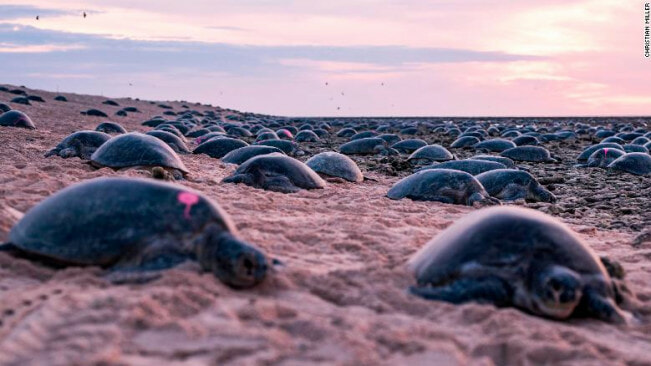 However, when they tried to count the turtles from the boat, they realised that the results were always biased. They then decided to use drones to film the creatures for better accuracy.

“Trying to accurately count thousands of painted and unpainted turtles from a small boat in rough weather was difficult. Using a drone is easier, safer, much more accurate, and the data can be immediately and permanently stored,” Dunstan, senior research scientist and lead author of the paper, said.

“We were underestimating that a lot. We’re finding 1.73 times as many turtles with the drone and as we do when we directly compare with the observer counts,” Dunstan said, adding that the team can now go back and adjust historic population estimates. 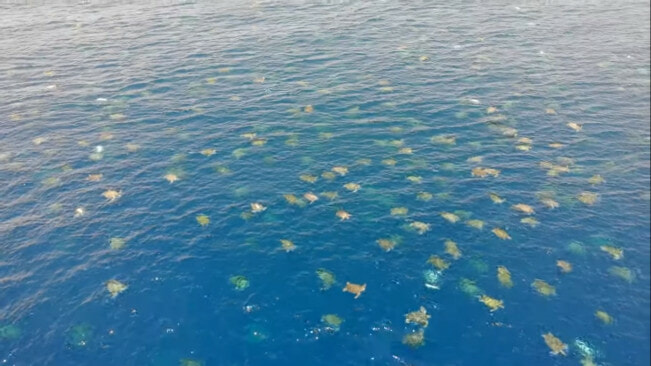 With this new way of keeping track of the population, researchers hope that in the future, they will be able to automate the counts from video footage using artificial intelligence.