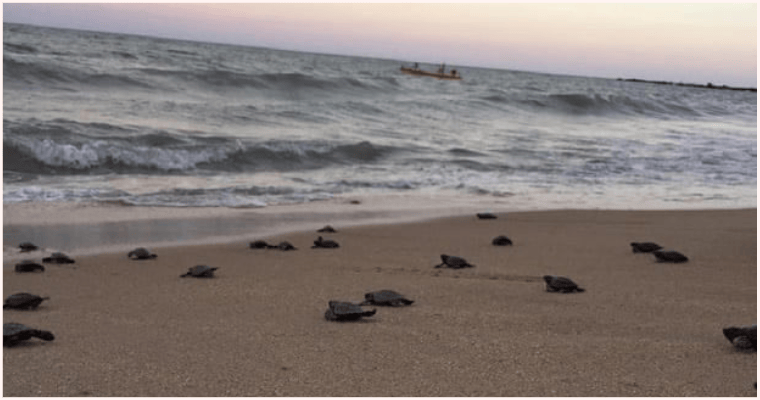 The absence of human activity has once again proven fruitful for nature as all around the world, animals and the environment have been thriving.

So much so that endangered species are finally given the space and freedom to flourish back to life.

As according to The Guardian, nearly 100 critically endangered hawksbill sea turtle hatched and slowly made their way to the sea in Paulista, Brazil, while us humans were indoors and out of their way. The only ones present to watch the event were government workers who helped take pictures for the rest of the world. 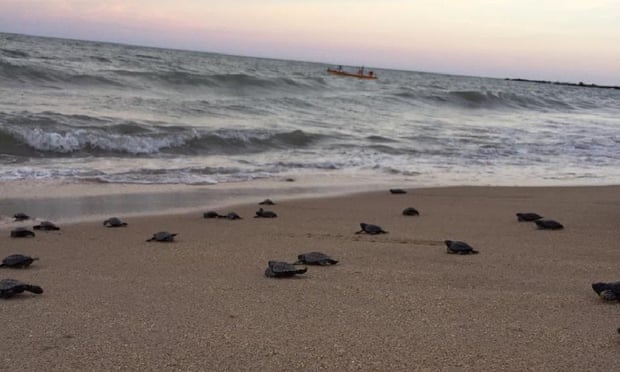 These turtles can grow up to 110cm in length and can weigh up to 85kgs. Their Portugese name, Tartaruga-de-pente, literally translates to ‘comb turtles’ due to the fact that their shells were once widely used to make combs and glasses frames.

Paulista’s environmental secretary, Roberto Couto added that there were over 300 turtles that hatched there this year alone as their beaches are home to at least four to five different species of turtles including the hawksbill turtle, the green sea turtle, the olive ridley turtle and the loggerhead turtle. “It’s really beautiful because you can see the exact instant they come out of the eggs and … watch their little march across the beach. It’s marvellous. It’s a wonderful, extraordinary feeling. This time, because of coronavirus, we couldn’t even tell people it was happening,” he said.

It’s truly great to see how well nature has taken to the coronavirus lock downs. 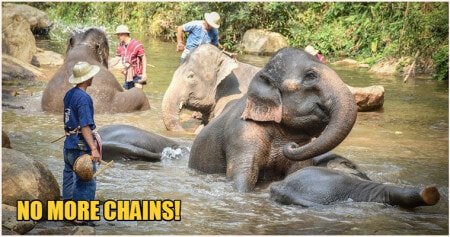