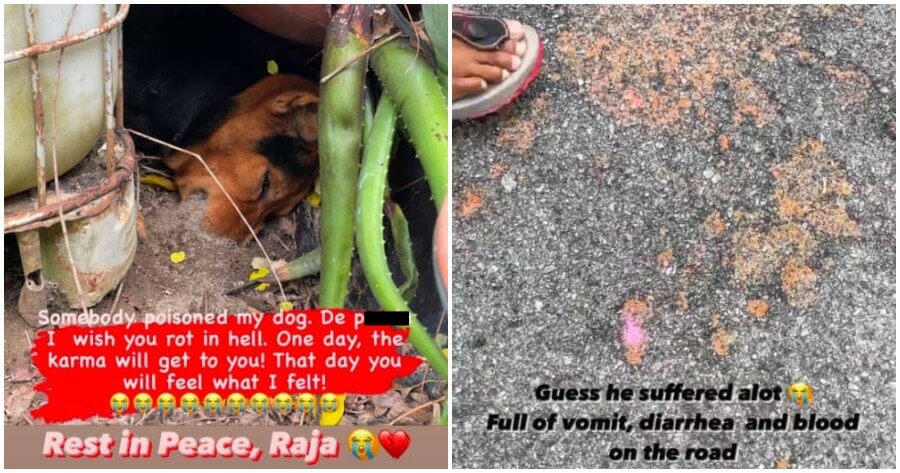 TW: The images shown in this article may be disturbing. Viewer discretion is advised.

Are we truly incapable of having compassion towards animals?

The shocking number of animal cruelty cases committed every day is getting more serious despite how much we are fully aware that cruelty against animals is completely unacceptable and against the law.

Twitter user Janeshwaran Nagarajan (@CJ_Janesh) recently shared how his beloved pet dog was found dead after someone had allegedly poisoned it. The poor dog was found lifeless with half its muzzle buried in the sand at around 1pm last Saturday (27 March). 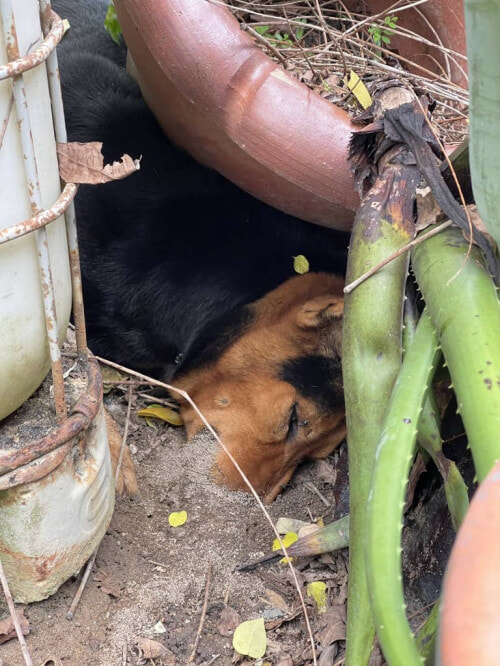 Speaking to WORLD OF BUZZ, Janesh said he first saw his dog roaming outside per usual at around 1am. He then noticed vomit and excrement on the road when he left for breakfast around 5am that same day. 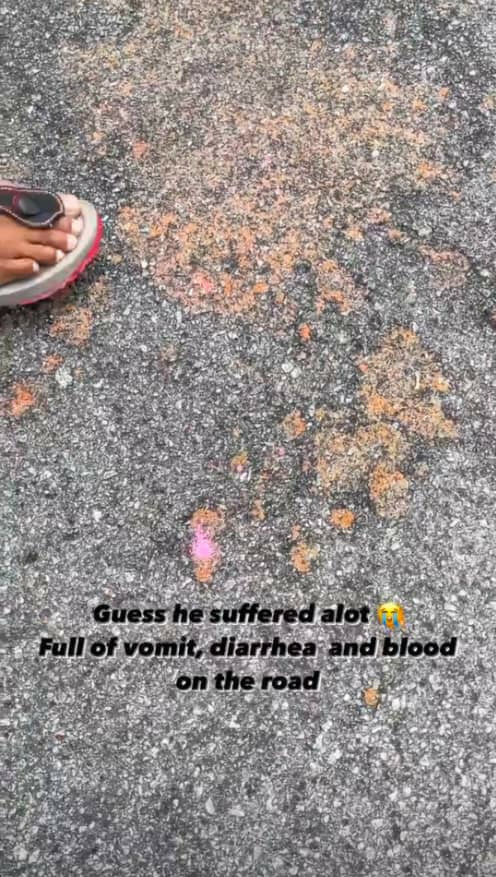 Taking a closer look at the mess Janesh pointed out that there were bloodstains, pink pills, and pieces of flesh but noticed that his dog was missing shortly after. He said his dog was usually kept tethered outside nearby to keep guard of their garden. 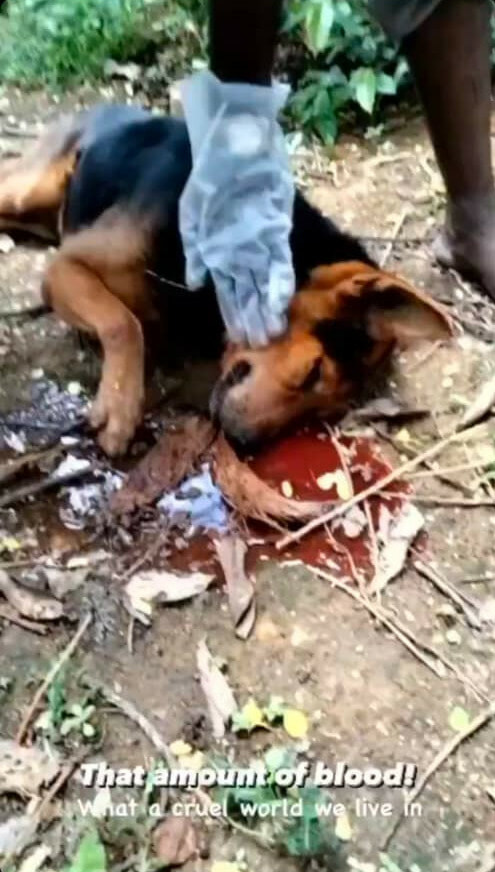 He added that their neighbour alerted them after discovering the dog’s body in their garden. However, although the culprit has yet to be identified, Janesh mentioned that there were many factory workers living around his neighbourhood and speculated that it could’ve been one of them.

Janesh expressed how devastated he felt, he said,

“I loved my dog and I know he’s in a better and safer place now where no one can hurt him. This cruelty must be stopped! Dogs deserve a better world.”

In short, people who engage in animal cruelty are monsters. What does it take to murder or abuse a living and gentle pet? The answer is simply monstrous and evil intentions. 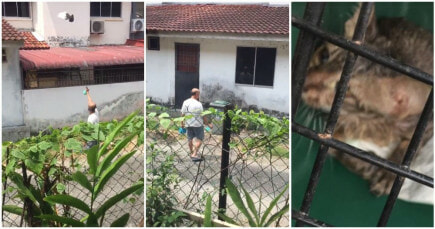