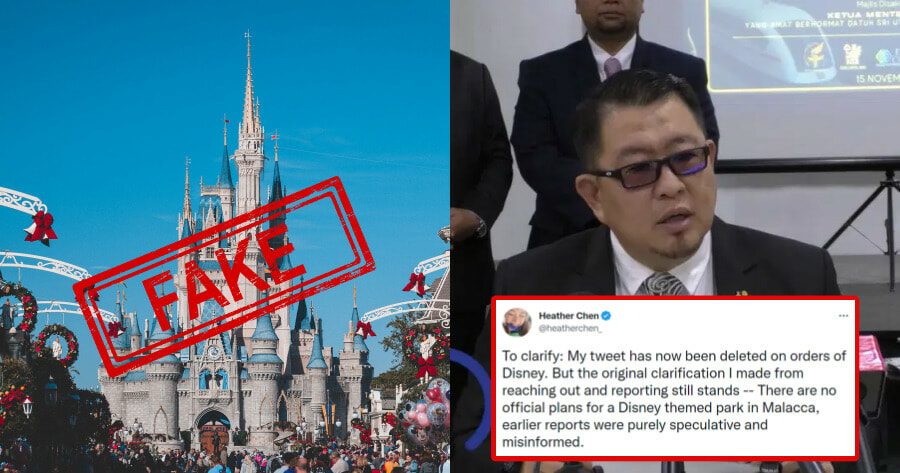 Just yesterday, many Malaysians were thrilled with the news that Disney city will be built by 2027 in Melaka. This is because for many Southeast Asians, the nearest Disneyland to visit is in Hong Kong.

Unfortunately, other than theme park tickets, many Asians would also have to consider the expenses needed as they would have to travel out of the country. That being said with the new Disney city in Melaka, Malaysians wouldn’t have to travel far to check off their bucket list.

According to Exco of Tourism, Heritage and Culture of Melaka, Datuk Muhammad Jailani Khamis, said that they will begin construction for a Disney City in Jasin, Melaka.

Unfortunately, Disney has confirmed that the Disney city that was allegedly coming to Melaka isn’t true

The confirmation that Disney WILL NOT be building a theme park in Melaka came from a CNN reporter Heather Chan in a now deleted tweet.

However, she clarified in a new tweet stating that she “stands by what she has said” and the deleted tweet was “Disney’s orders”.

As of now, the exco of Tourism, Heritage and Culture of Melaka has yet to make a statement about this issue and the status of building a new theme park in Melaka remains unclear. 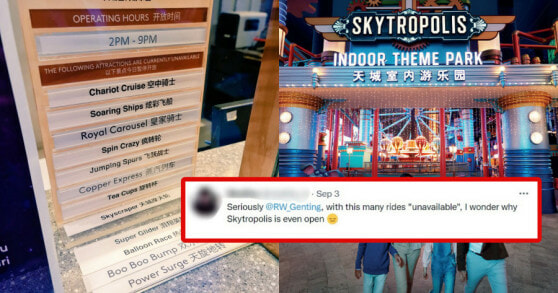