Drama is something we would usually see as a series on TV. However, on December 7, a dramatic scene broke out at a Sessions Court in Ipoh, The Star Reported.

M. Herry Dass, 26, was down on his knees begging his father to help bail him after being trialled for gang robbery on June 24. He cried while clinging to his father’s arm, 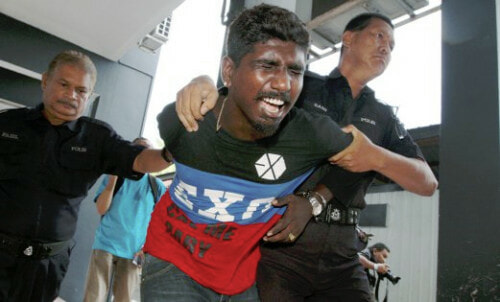 However, the elderly man from Kuala Prai was adamant on teaching his son a lesson. He ignored his own son’s pleas and walked over to Sessions Judge S. Indra Nehru and confirmed that he will not post bail for the unemployed Herry.

The father, V. Mariadass, 55, told the press that it wasn’t the first time Herry had gotten into trouble with the law.

“He refuses to work and instead gets into trouble time and time again.”

“He doesn’t listen. He never learns and I’m fed up.”

The trouble-making man continued wailing at his hard-hearted father as policemen handcuffed him.

Just like in dramas, police had no choice but to drag Herry away from the dock and out of the courtroom. 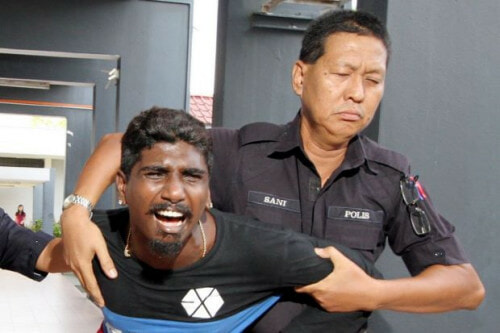 Netizens who heard of the news agreed with the father’s actions.

“Good for you sir. There should be a limit to helping even if it’s family.”

“Good example!! Chance can be given only once and that’s the time for you to realise the mistake!!”

What do you think? Was the father doing the right thing by shunning his own child away, or was he being too harsh?