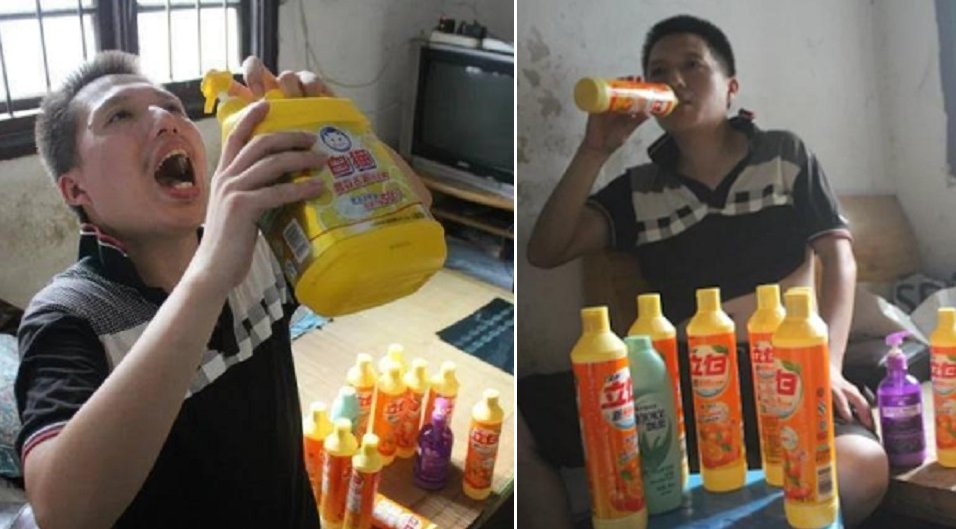 Hearing that someone has a weird addiction sounds like something you’d watch on TV, it’s almost surreal. However, a man from China was reported to be addicted to drinking detergent. Yes, literally cleansing your stomach.

The man named Zhang Yue that is addicted to consuming a variety of detergents is “bewildered” that he is unable to find a lady love, reports NextShark. 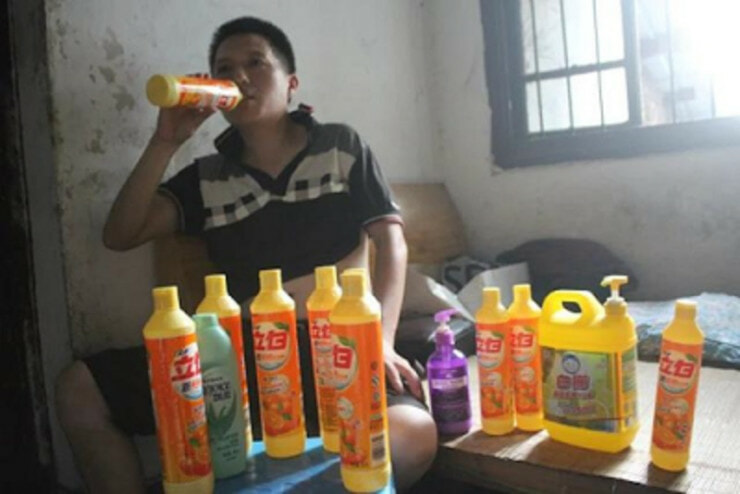 It was reported that the 31-year old who hails from southwest China’s Chongqing city told the press that his bizarre addiction had started back in the year 2012.

What had started out as a few curious sips eventually turned into an uncontrollable craving for more and of different kinds and flavour, according to CCTV news as translated by Naijaloaded. Urghhhh. 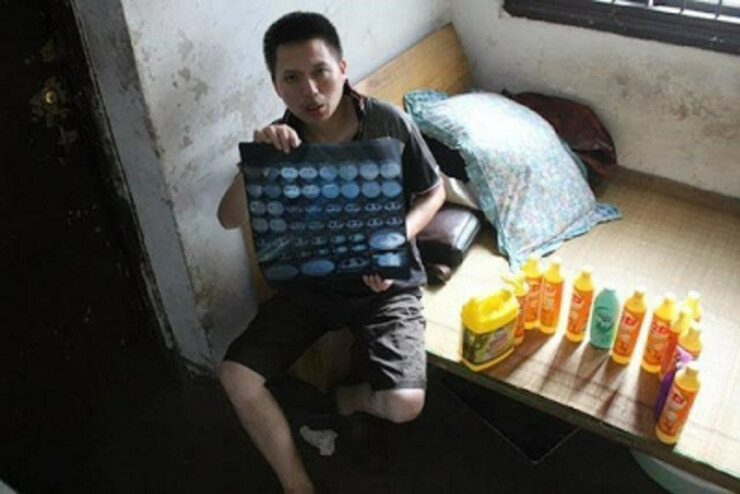 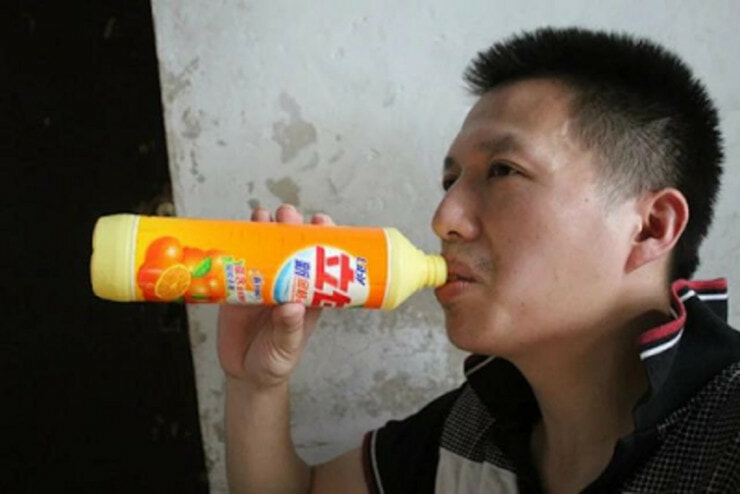 However, this is not an unknown illness. The symptoms that haunt Zhang is known as pica. According to WebMD, pica is an eating disorder where one persistently consumes substances that do not contain any nutritional value like dirt or paint.

Zhang has apparently branched out and taken a liking to few kinds of cleaning agents like shampoo and dishwashing detergents. It was reported that in the past four years, he had drank in total half a gallon of detergents.

Furthermore, the weird part is that it had made him somewhat of a celebrity. Of all things to be known for?!… Well it is the internet after all! 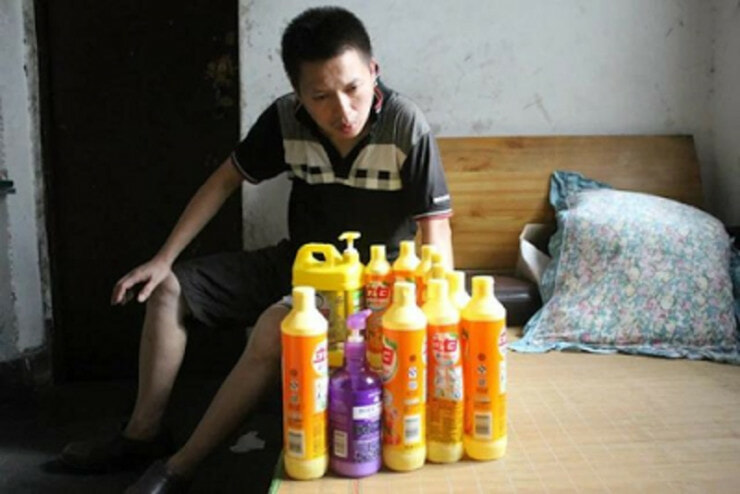 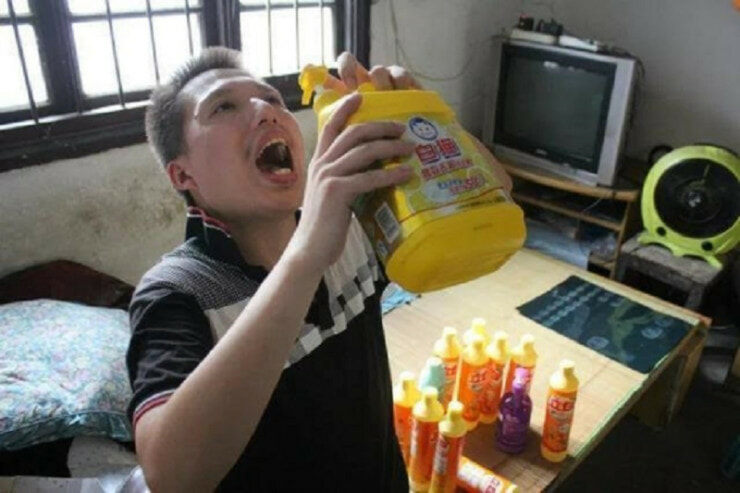 Apparently, it isn’t obvious to many that cleaning agents are not meant for human consumption and can be poisonous.

Drinking this much corrosive liquid over the years, you’d think that Zhang would be suffering from bad health. Hence it was a miracle when results from Zhang medical checks showed that his unappetising addiction has had no adverse effects on his digestive track, just yet.

With all that publicity going around, Zhang wonders why he’s unable to find a partner?

We aren’t too sure. Mayyybeeee, it’s his.. wait for it.. drinking problem!