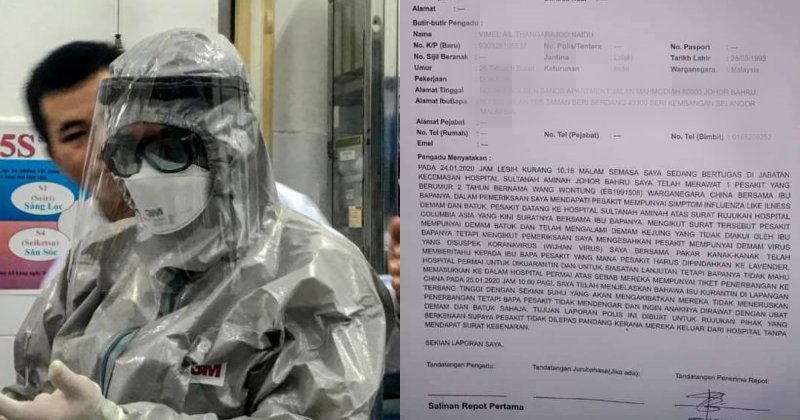 A family of Chinese nationals skipped quarantine after refusing doctor’s orders to quarantine their two-year-old child because they had to catch a flight back to China the very next day.

In a police report that went viral on social media, the doctor responsible for the patient said that the child was referred to Hospital Sultanah Aminah by a private hospital after showing influenza-like symptoms and is suspected to have the Wuhan coronavirus. 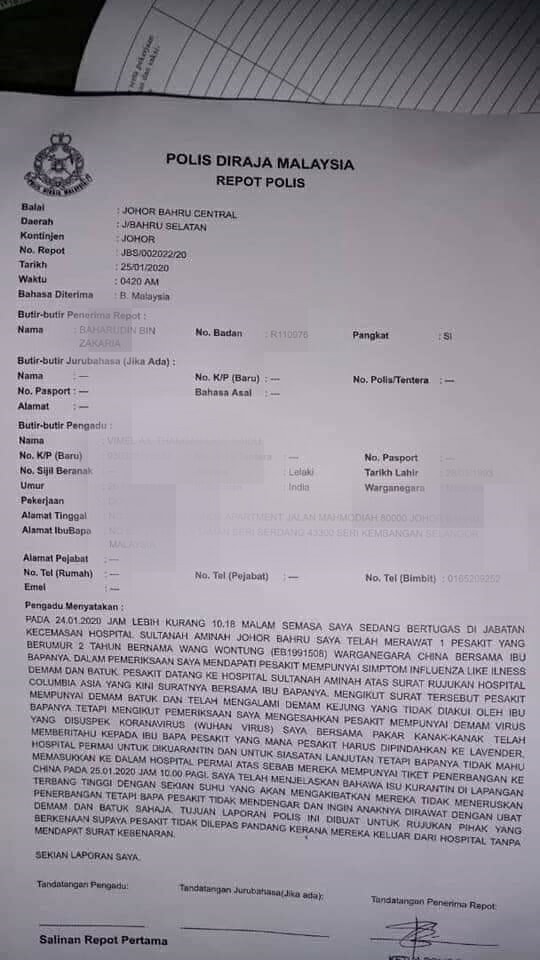 “I informed them that the child needed to be quarantined, and should they refuse quarantine, things will be worse at the airport and they will not be able to fly back.”

In the report, it was stated that the incident took place at 10pm on the 24th of January 2020. Having identified that the child indeed had symptoms of the Wuhan coronavirus, the diagnosis was shrugged off by the child’s parents as they had a flight to catch the very next day.

According to the Johor Bharu South Deputy OCPD Supt Mohd Afzanizam Yahaya, the report made by the doctor from the Accidents and Emergency (A&E) Department of Hospital Sultanah Aminah was received by his department and that the Johor Health Department will be sending a report to the Health Ministry about the matter.

Also read: Parents Dumped Kids At Airport After One-Child Banned From Boarding Due to Fever 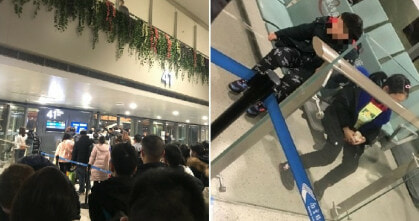