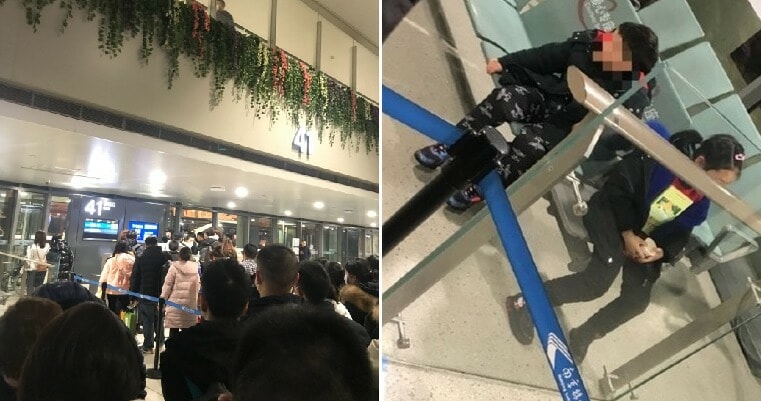 The largest annual human migration in China has already begun, as millions of Chinese people are travelling back to their hometowns for the Lunar New Year. However, the novel coronavirus (2019-nCoV) or better known as the Wuhan virus has put a serious dampener on proceedings. 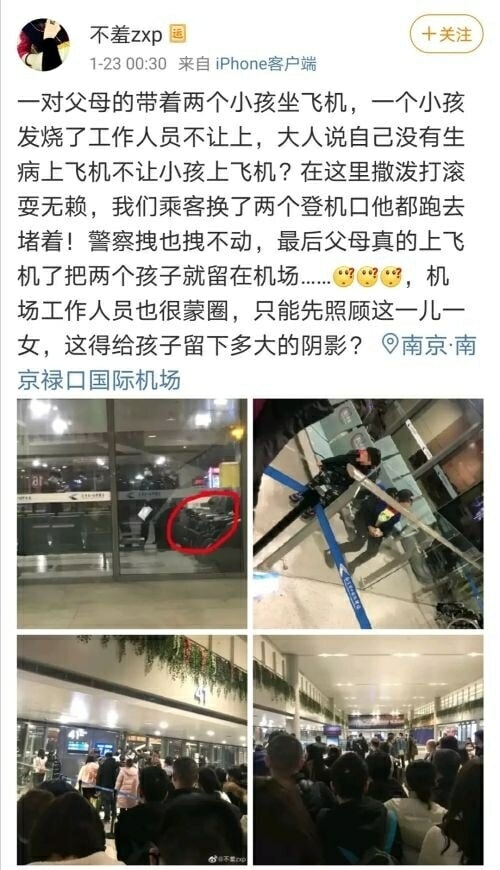 Health control is getting more stringent at airports as they scan passengers for fever and are stopping anyone sick from boarding the plane so that the infection doesn’t spread further. On January 23rd, in the early hours of the morning, a family of four was stopped by immigration as the young son was having a fever and so was not allowed to board. In the end, the irresponsible parents abandoned their children at the airport and took off by themselves.

The incident was shared by a netizen on Weibo and reportedly happened in Nanjing Lukou International Airport, Oriental Daily reported. The netizen said that they had witnessed the incident, saying that the family was supposed to board the flight to Changsha. The parents kicked up a fuss and delayed everyone else who was supposed to be on the plane. 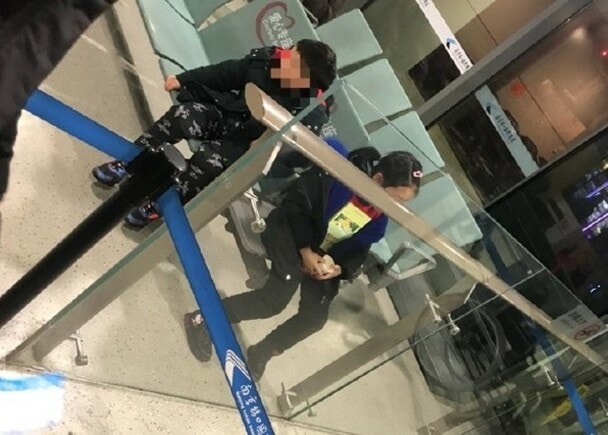 The airline changed departure gates several times due to this issue but the parents were still persistently making a fuss. Apparently, the parents kept asking airport staff to let them board as they were not sick. Airport security could only keep trying to block the family from boarding.

Finally, the matter was resolved when the parents unexpectedly abandoned their two young children, one boy and one girl at the airport. They boarded the flight to Changsha themselves and left their children behind without caring about them. WTF! The ground staff had no choice but to take care of the abandoned kids. 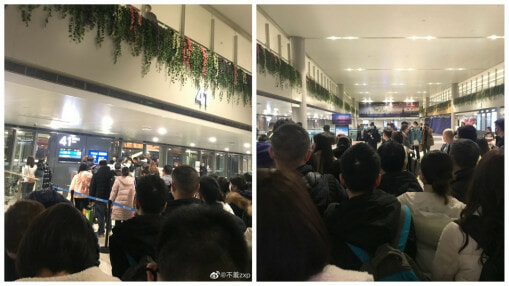 Another passenger who was at the scene also complained about the parents, saying that the flight was delayed for three hours because of them. Netizens were shocked that the parents could abandon their kids just like that. Some of them said that the parents should be stopped from boarding as well as they were in close contact with their sick son and could be a carrier of infection.

That’s really terrible of the parents to do such a thing and abandon their children!

Also read: Here’s How You Can Differentiate Between The Wuhan Virus, Influenza & Common Cold 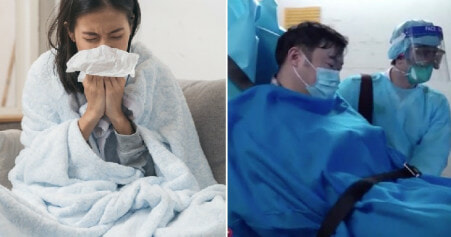