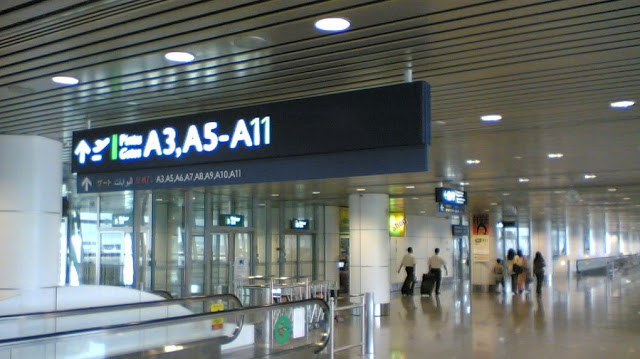 Nowadays, it is super easy to travel from one country to another, especially when we’ve Air Asia and apps that help you check for the lowest flight fares. With the convenience of travelling, one might be oblivious to something darker that’s going on.

There may be some stories you’ve heard about people smuggling illegal things across boarders. However, you’d never think you yourself will encounter something similar.

Malaysian citizen Ariati Mohd shares a PSA to every Malaysian out there, about his friend’s experience at the airport.

“To those who always travel, please read this. This incident happened to my friend and his wife in Labuan Airport yesterday.

The wife shares how they were looking for a place to open up their luggage because they wanted to repack their things after buying some duty free goods.

While packing, a stranger came out of no where and had a chat with the husband.

“Seemed like a casual conversation. They talked about chocolates, where we’re going, blah blah blah.

“In my heart I thought, “wow that guy’s friendly.”

“After I’m done with packing, I told hubby I was finished and we could head to the surau to solat.”

The couple only managed to walk a few steps before the same man called out from behind.

The stranger said, “Abang, can you help me please? I have a lot of things to bring home, and it exceeded the luggage weight. Can you help me check in under your name Abang, and when we reach back to KL, I’ll pay you back the money.”

The stranger pleaded in a very sympathetic tone.

The wife asked, “What time’s your flight? Are you taking MAS also?” and the stranger replied, “3pm. Same to yours.”

“Before I could say “yes” (I was being soft-hearted to this poor soul who needed our help), with a serious face and strict yet polite tone, hubby told the man, “TAKPA lah”, which implied a strict no.

“Hubby then held my hand and left the scene. I asked hubby why he was behaving like that.

Hubby: “We don’t know him. Suddenly he asks us to help ‘check-in’ his things. Yes, he said it was fish but who is to know if the fish’s stomach has been filled up with drugs? It’s not that I’m trying to assume bad things, but we don’t know him. If anything happened, it’ll be on us.”

Hubby: “If the man’s alone it’s ok. But he suddenly asks for help, what’s more we barely spoke for 5 minutes. Best not [to help]. Just remember this next time.”

After the couple boarded their plane, the husband asked if she saw the man from earlier who said he was on the same flight.

“My eyes wandered throughout the plane to look for the man but I could not find him. Really, he wasn’t there!

“Hubby put on a forced smile, which meant what he predicted was most likely accurate.

“Moral is, be careful if someone asks for help being a “transporter”.

“Just like in the movie where the person would get away and become rich. In reality if anything happened to us, we’d be sentenced to jail and hanging.”

Everyone out there, please be alert! No matter how much you think you know a person, if they asked you to help them bring an item from one country to another, it’s best to be very careful.