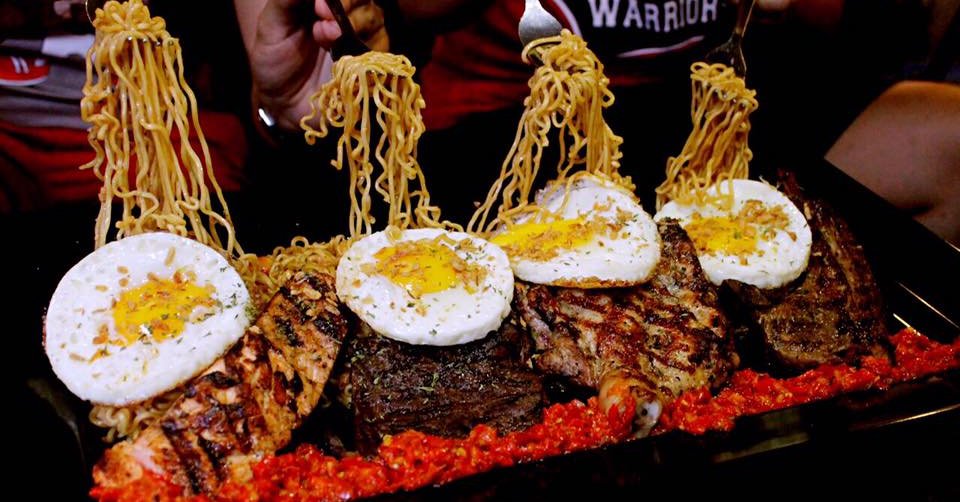 In Malaysia, we grew up with our beloved mamak culture where we would just love to hangout at the mamak stall enjoying some of the best food we can find there. Maggie goreng, indomie, roti canai, roti tisu anyone?

These classic mamak staples have been with us ever since we were young and sometimes we even like to spice things up by adding fried chicken, egg, and beef. The possibilities are endless! 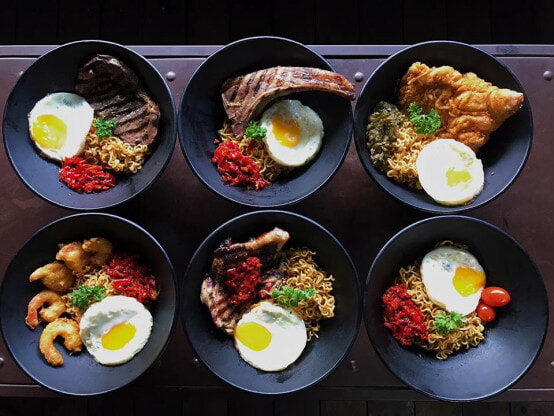 Well, if you are one of these people or perhaps you just really love Indomie a lot then we’ve got some good news for you! If you didn’t already know, there’s a cafe in town that is specially dedicated to Indomie and boy, those pictures sure got us salivating.

Indobowl, which started inside Tryst cafe at SS15 has decided to open a stand-alone outlet which will exclusively serve the craziest and most delicious combinations of Indomie that you have ever seen. No, we’re not kidding, this is like Indomie of your wildest dreams! 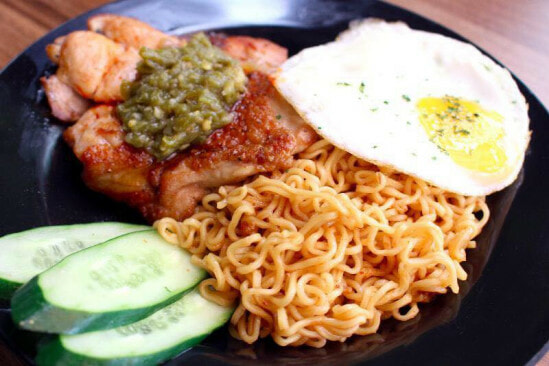 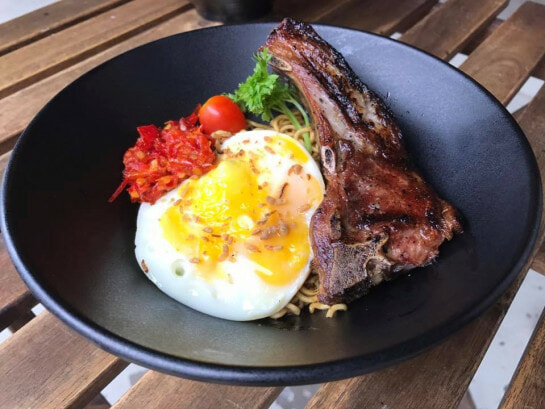 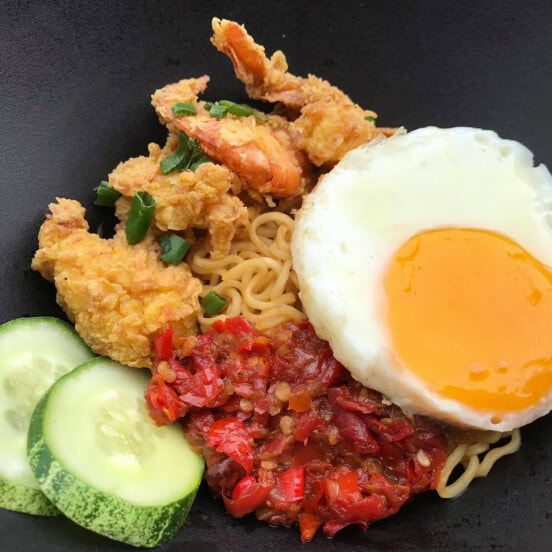 Having officially opened their first outlet in July this year, it has already garnered much attention thanks to its special signature red and green chili sambal that tastes way better than the original sambal included in the packet, as the flood of five-star reviews on their Facebook page shows.

For those who loves the spicy kick, go for the red sambal. They also have a green sambal for those who can’t stand the heat. Their Indomie comes with a variety of toppings that ranges from combinations such as drumstick, chicken chop, lamb chop, prawns, salmon and so much more. 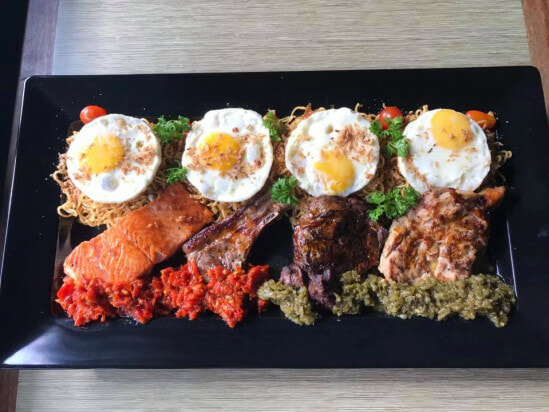 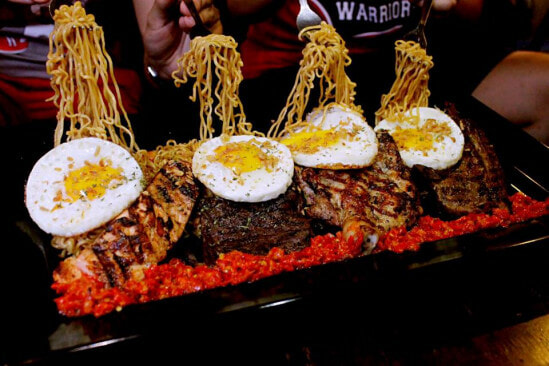 The craziest combination they have is the humongous Mambo Jumbo Indobowl Grilled Platter that goes for RM80 and is meant to serve four people! The platter has Indomie made for 4 pax, signature chilli sauce, four fried eggs, steak, lamb chop, drumstick and salmon. Drooling right now!

However, if you for some reason don’t like Indomie, they still have some other just as yummy rice dishes to fill up your tummy! 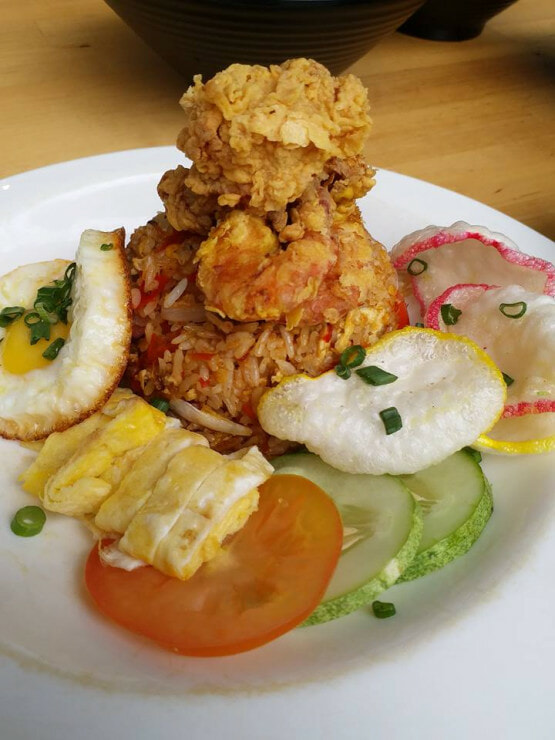 Also read: Awesome Indomie Coated Burger Has Got Malaysians Salivating Over It 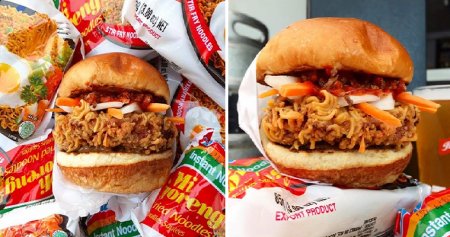