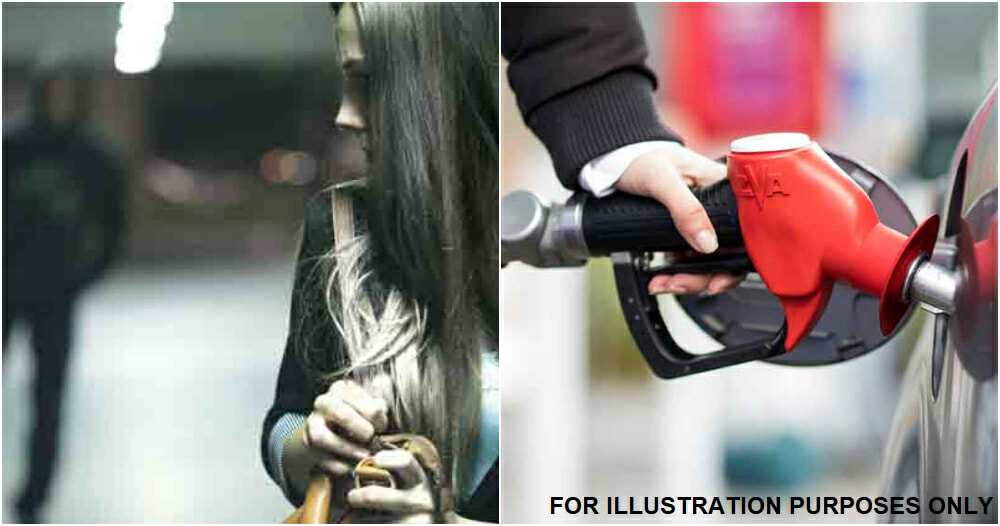 We have seen many stories of how women feel unsafe whenever they are out alone. No matter how often they use their voices to advocate for safety and protection, somehow we barely see any changes being made.

A woman, who will be referred to in this article as Winnie (not her real name), recently took to her Twitter to share her terrifying experience at a petrol station near SS15, where she was almost assaulted by a group of men.

Speaking to WORLD OF BUZZ, Winnie requested to not reveal her identity as she is concerned about her safety and privacy.

She started off her tweet by explaining that the incident took place on 17 March at roughly 11pm. 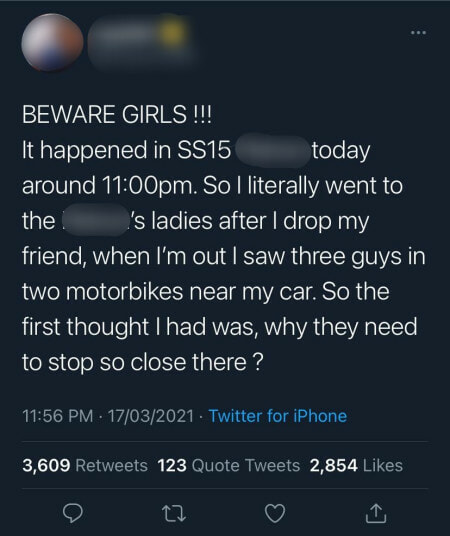 Winnie explained that she stopped by at a petrol station near SS15 to use the ladies’ restroom. Just as she exited her vehicle, three men on two motorcycles stopped at her car. She knew this was a red flag as they could have stopped anywhere else, but decided to stop close to her instead.

Taking note of this, she decided to head back to her car and pretended to get something from her car instead.

As she was walking towards her car, she heard one of the men say “She’s already here.”

Winnie remained calmed and headed into the petrol station’s store for safety. 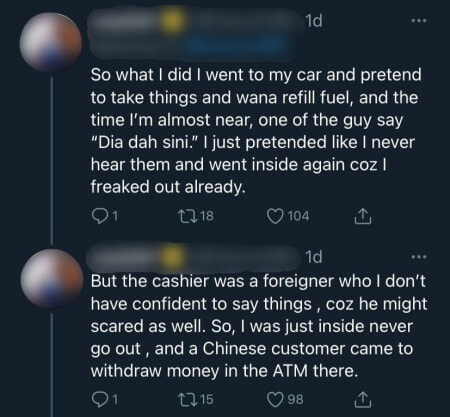 Winnie then wanted to seek help from anyone in the store, but at the time, the only other person in the store was a staff behind the cashier who was a foreigner and she did not know how to converse with him. She was also afraid of scaring the staff.

Instead, she decided to stay inside the store and not leave until she could get someone to help her. Moments later, a male customer came in to withdraw money at the ATM.

Winnie said she quickly stood behind him and told him “I’m scared. I don’t know why these men are here, please help me!”

Speaking to WORLD OF BUZZ, Winnie said the customer stared at them for a moment and when he tried walking towards them, the group of men quickly left.

Winnie also stated that she was not wearing any jewellery or carrying anything with her which is why she highly doubts those men were planning to rob her. 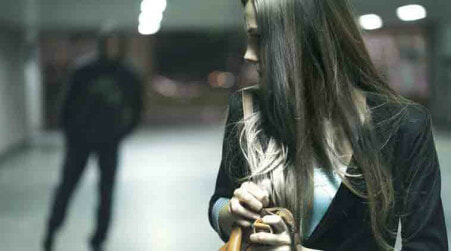 While Winnie is grateful that nothing happened, she still fears for her safety. However, she wanted to spread the word to all women out there to be more cautious in the area.

“I feel so anxious but I’ll take this step of spreading the word because I want women out there to know what happened,” she said.

Many other netizens replied to her tweet saying they too went through similar experiences in the same area.

Ladies, please be cautious of your surroundings and don’t be afraid to seek help.

Also Read: Women’s Day Is Once A Year But Women Feel Unsafe In Public Every Day 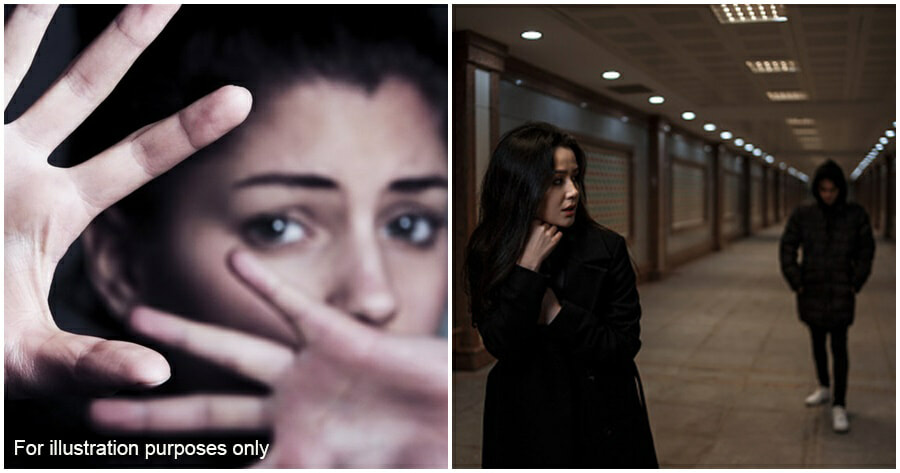