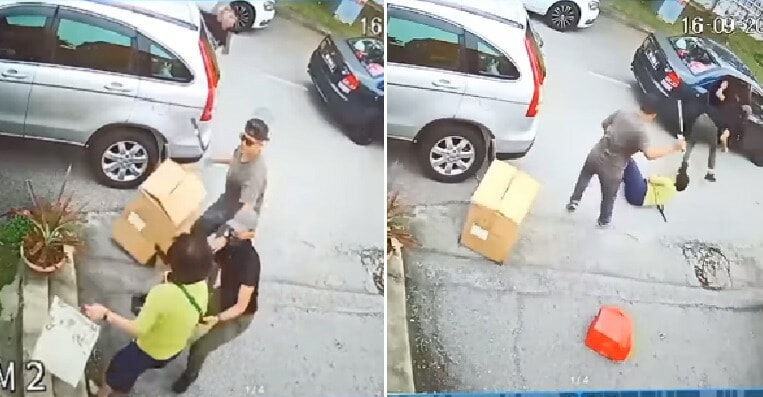 Whoa, robbers are getting bolder and more daring these days!

A snatch theft incident happened in broad daylight in Bandar Sri Damansara, Kuala Lumpur yesterday (September 16) just as three middle-aged women pulled up outside their house. They had just finished their shopping and were ready to carry their things into the house when the robbers suddenly attacked. 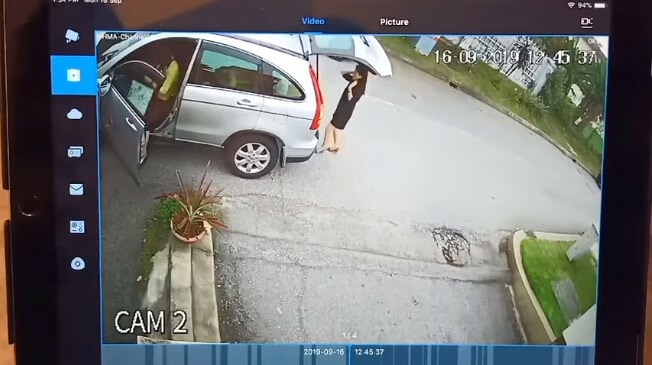 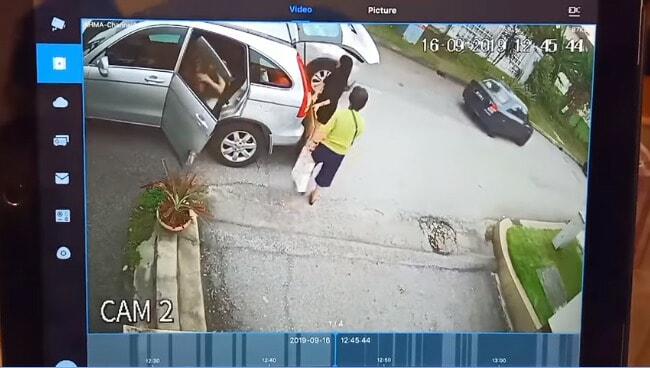 Based on CCTV footage of the incident, it happened around 12.45pm and the three women are relatives. Two of them had come over from Singapore to attend a wedding dinner and they had just come back from Kepong with their shopping. They stopped the car in front of their house and was taking out their shopping when a dark blue Proton Saga suddenly stops a few houses in front of them.

The women take no notice and continue moving their stuff when the Proton Saga reverses quickly to the women’s car. Two men dressed in caps with one wearing sunglasses and another with a black mask over his face come running out of the car. The robbers, armed with a parang and a wooden stick,  grabbed one of the women’s handbag but she refuses to let go. 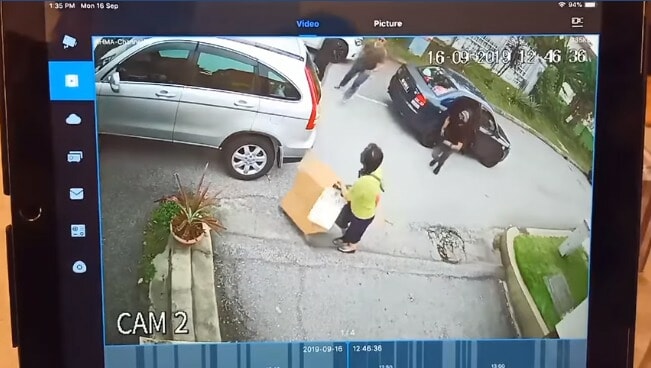 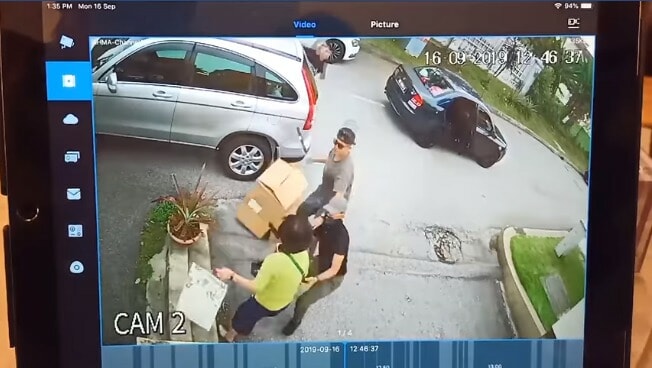 A struggle ensues where one of them tries to snatch the handbag of the woman, dressed in green. He yanks really hard but the bag which is hung firmly across her body proves to be difficult to get off and she falls down. He tries to drag it from her hands and in the chaos, he uses his stick to beat her while his partner tries to help by attacking with his parang.

The robber with the parang opens the door of the front passenger seat and grabs the handbag left there by one of the women. They run back to the Proton Saga and one of the victims, clad in black, thought that they had left and closes the car door.

However, it seems that they are not satisfied with their loot and come running back as if they want to rob more stuff. This is when the housing area’s security guard thankfully comes to the rescue and the robbers escaped. 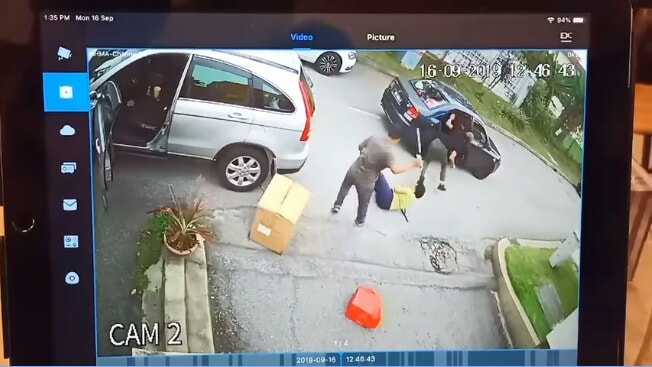 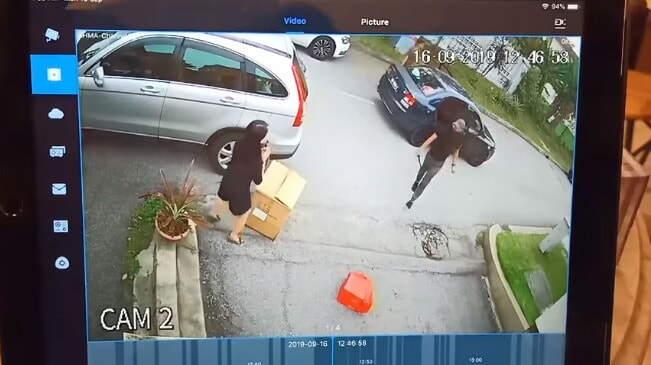 Luckily, the victims only suffered minor injuries but the one handbag they managed to snatch contained hundreds of ringgit, credit cards and personal documents. The victims said that they had made a police report and the authorities are currently investigating.

Netizens who watched the video highlighted how dangerous Malaysia is. That such a robbery took place in broad daylight, and infront of your own home too!

So, do be on alert even if you think that your area has security guards and that you are safe! 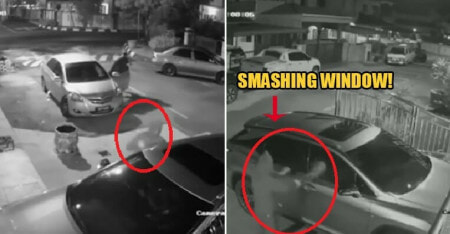