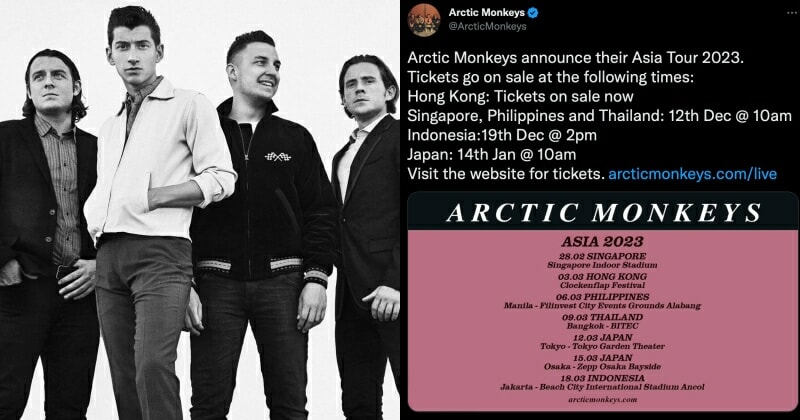 Popular English rock band Arctic Monkeys has announced that they will be making their debut shows in Southeast Asia, performing in many Southeast Asian countries as part of their Asia Tour 2023. Unfortunately for fans of the band in Malaysia, our country was not included in the list of countries for the tour.

Taking to its official Twitter account, the rock band said that as part of their Asia Tour 2023, they will be making stops in Japan and Hong Kong as well as in the Southeast Asian countries of Singapore, the Philippines, Indonesia and Thailand.

The tour will kick off in Singapore on February 28, 2023 and then the band will head to Hong Kong to headline the Clockenflap Festival. 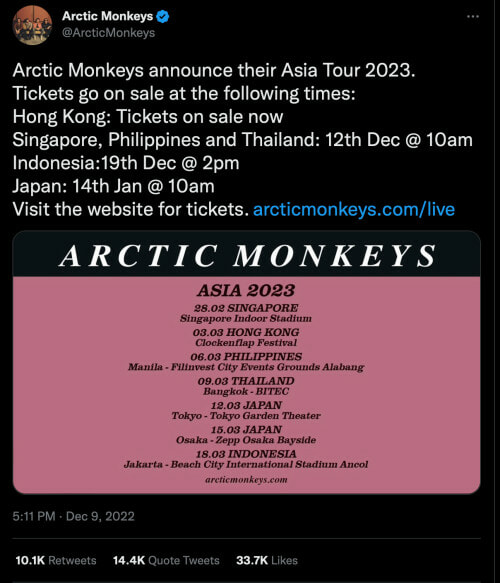 Afterwards, Arctic Monkeys will then perform in the Philippines, Thailand and Japan before finishing the tour in Indonesia. You can check out the Arctic Monkeys Asia Tour 2023 schedule below:

Tickets for the Hong Kong show are on sale now, while tickets for the Singapore, the Philippines and Thailand shows will begin on December 12, 2022 at 10am of the respective countries’ local times.

For more information and to purchase tickets for the Asia Tour 2023, visit the band’s official website here.

So, what do you guys think of the Arctic Monkeys Asia Tour 2023? Will you be going to any of their concerts elsewhere? Share your thoughts with us in the comments! 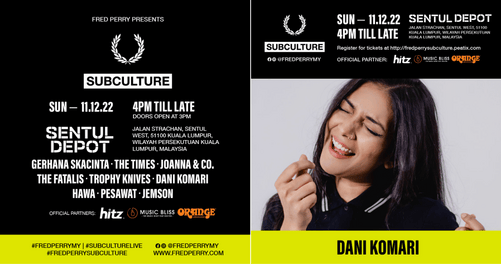