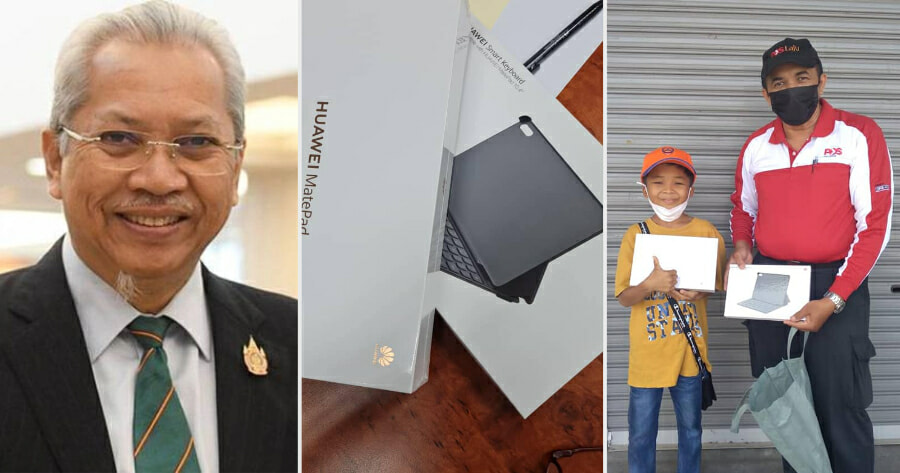 12-year-old Muhammad Haziq Mohd Asyraf who recently went viral for his impressive reporting skills has not only caught the hearts and attention of the Malaysian public but also been noticed by the Communications and Multimedia Minister Tan Sri Annuar Musa. In fact, the Communications Minister was so impressed by Haziq’s vigour and slick reporting style that he personally contacted the young ‘reporter’ and gifted him with a Huawei tablet.

Posting to his official Facebook page, Annuar said that he was thrilled to see Haziq’s reporting of a python sighting in Bukit Selambau and stressed that Haziq’s determination and ability should be encouraged. Hence, the Communications Minister decided to gift the young starlet with a Huawei MatePad tablet together with its official keyboard casing and hoped that he would study hard using it.

In the same post, Annuar also thanked Pos Malaysia for safely delivering the package to Haziq and shared a couple of photos, including one of Haziq receiving the gift from a Pos Malaysia personnel. 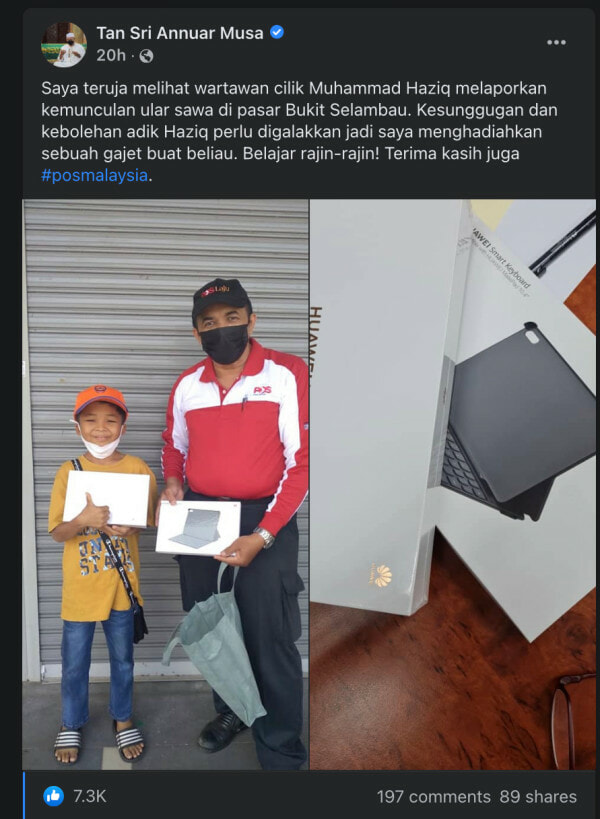 Haziq previously won the hearts of Malaysians with his live reporting on the discovery of a large python in a drain at a public market in Bukit Selambau. The short video clip of him reporting the incident was posted live on Facebook on 24 January 2022 and instantly went viral across social media.

Awesome! Let’s hope that the gift and recognition given by the Communications Minister further spurs Haziq’s resolve to become a top reporter in the future.

What do you guys think of Annuar Musa’s gift? Share your thoughts with us in the comments.