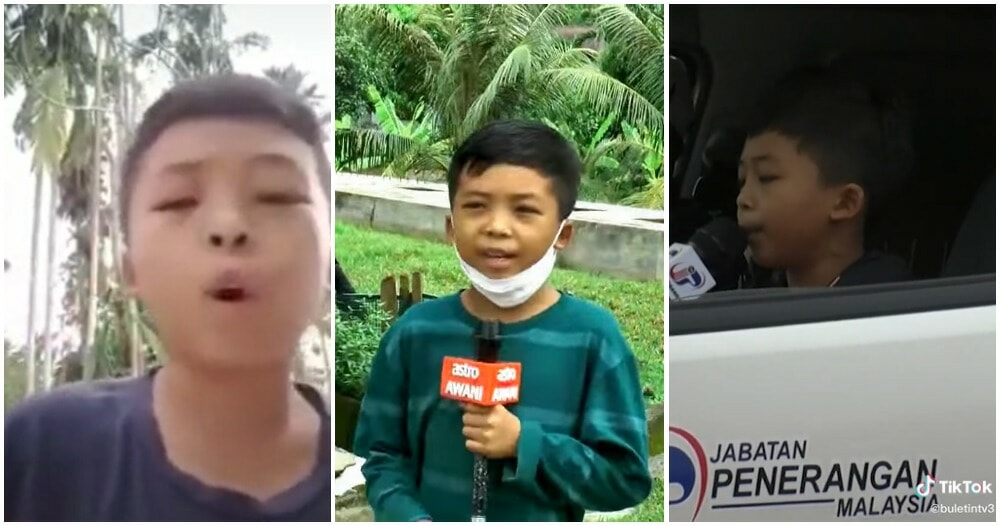 News plays a big part in our lives and the medium giving us the news are reporters.

Recently a young boy by the name of Muhammad Haziq Mohd Asyraf from Bukit Selambau, Sungai Petani, Kedah has come into the spotlight for his live reporting of the discovery of a snake.

Many netizens were very entertained with his non-stop reporting and dubbed him as “Malaysia’s Top Reporter”.

The 12-year-old boy was then approached by multiple media companies such as ASTRO Awani which has given him a chance to pick up the mic to do some live reporting and he did not disappoint. 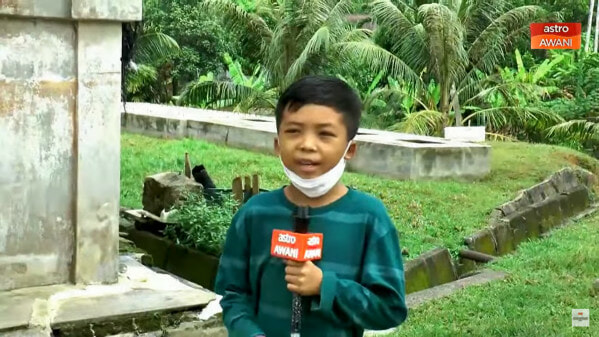 He was able to describe a wet market perfectly and also seamlessly interview the operators in the market with some quick wittiness.

His most recent gig was with the Department of Information Malaysia where he sat in their van and started to make an announcement about booster shots. The van went around his kampung area.

He was also caught on camera by some of the very proud adults in the village.

Speaking to Damia Millatina who is Muhammad Haziq’s neighbour, she told WORLD OF BUZZ that the little boy always likes to go over to her house to borrow baking stuff from her mother.

When Damia goes back home to her parent’s house with her friends, Muhammad Haziq would go over to chat and gossip with them, then all of them will go out together to have fun. No wonder he’s so good at talking! 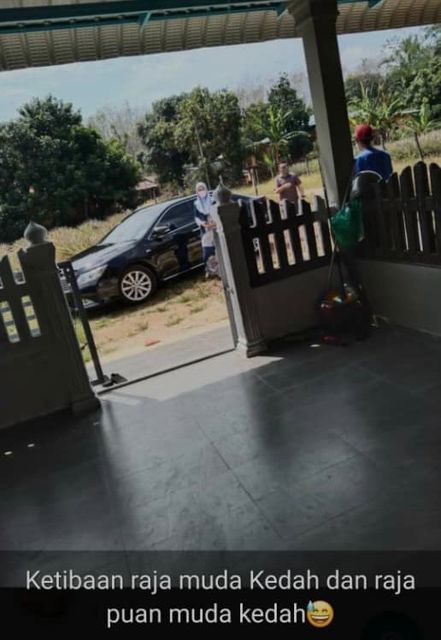 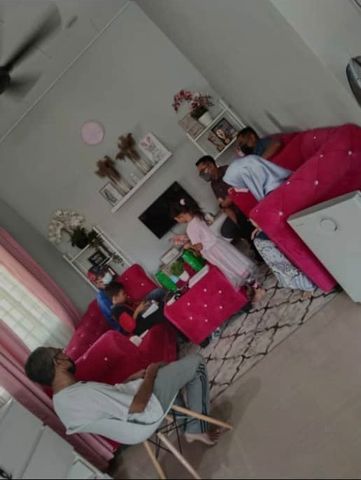 However, it was revealed to us that the little boy has a condition named thalassemia ever since he was 5 years old.

He has also received an offer to be a child actor but it is unknown if the family will accept the offer as the boy has a medical condition.

Well, this little reporter shows us that there are many hidden gems located all over Malaysia and we should all definitely be supportive of them and their choice.

If you have a young one at home, observe them and see what they can do and you’ll end up surprised!

Also read: 12yo Child With Autism is the Talent Behind YB Hannah Yeoh’s New Angpow Packets and CNY Banner 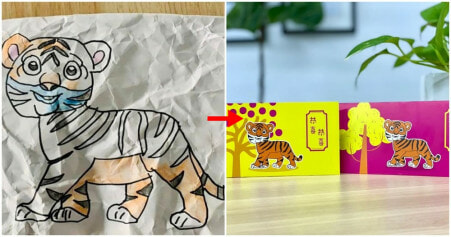