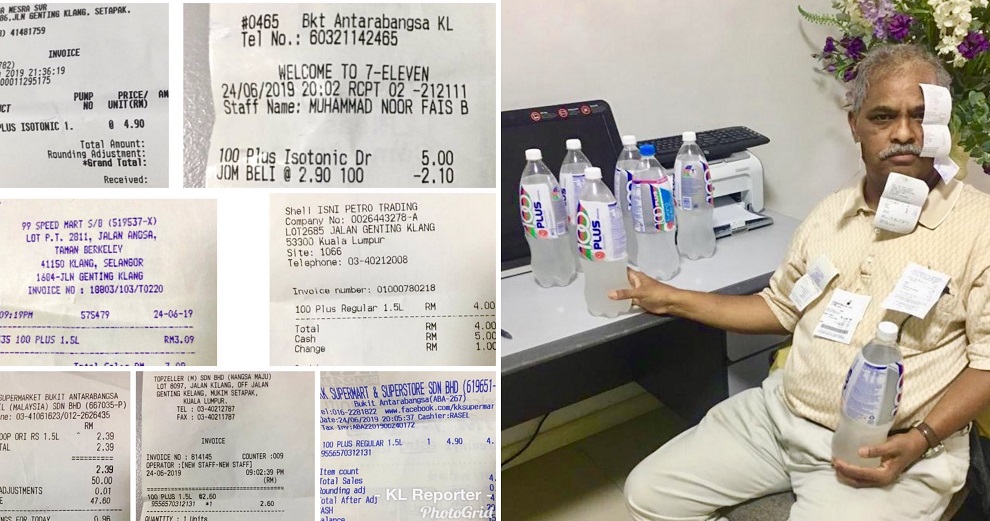 Twitter account Kuala Lumpur Reporter recently shared a complaint from a man identified as Mr. Gana, who reportedly went to seven different shops to compare prices for 1.5 litre bottles of 100Plus.

According to the receipts from these stores, each bottle cost different amounts ranging from RM2.40 to RM4.90.

A man who identified himself as Mr Gana is angry with the uncontrollable prices of a 1.5 lit 100plus drink which differ so much from one outlet to another from RM2.40 to RM4.90 per bottle. Gana shopped to seven outlets to check on the prices. He urged the authority to take action pic.twitter.com/NflAOwl302

Mr. Gana’s complaint has since gone viral on Twitter, garnering over 1,800 retweets, prompting a lot of Malaysian netizens to explain the reason the same product is sold at different prices at different stores.

“If you want to compare, you need to see the types of shops. For hypermarts, you can get items for cheaper in bulk. Convenience stores sell some items on promotions. Petrol stations and 24-hour convenience stores are also more expensive,” one user’s tweet translates.

“For non-controlled goods, market prices are usually not uniform, especially for items sold in convenience stores.”

I’m just curious why the receipts are on his face…

The hero we didn’t deserve

What do you think of this viral post? Let us know in the comments section! 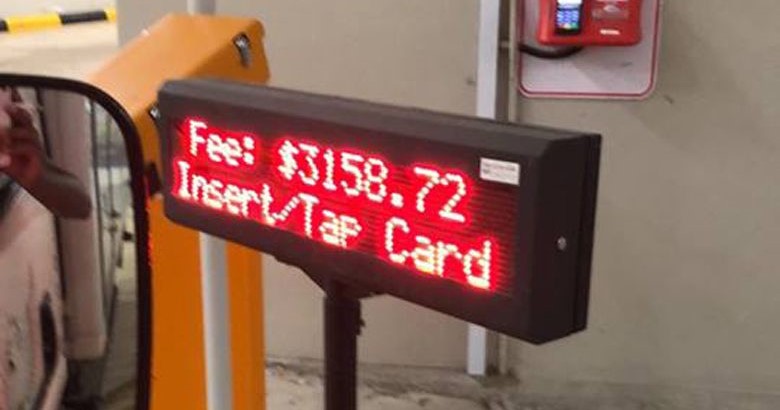