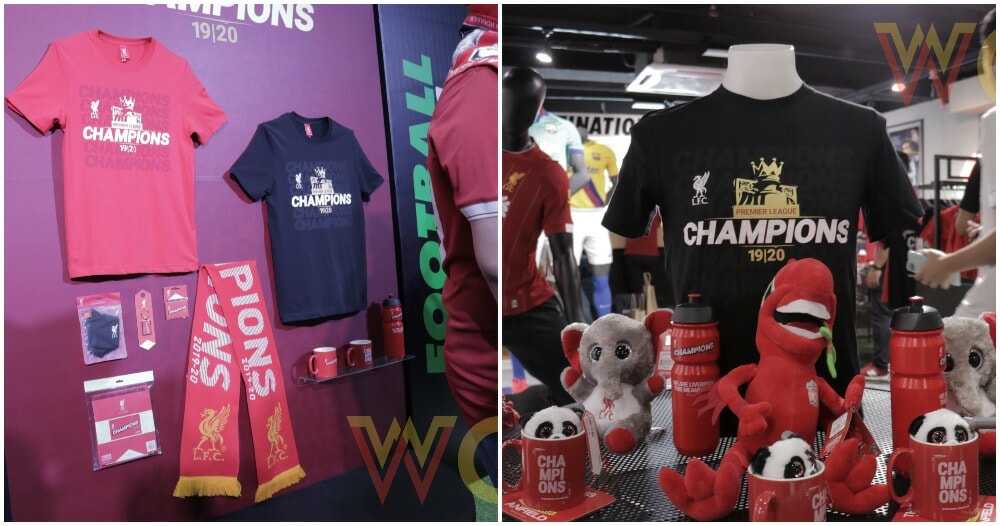 On the 23rd July 2020, we had the honour of attending the unveiling of the new Liverpool FC Champions Tees in Football Republic, Sunway Pyramid. 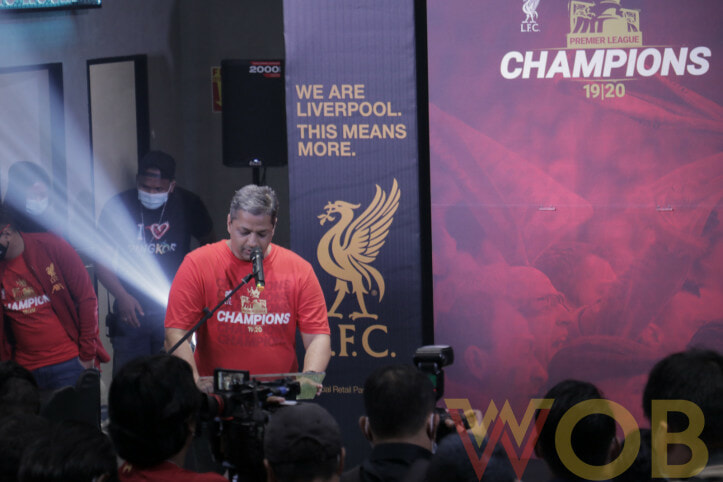 Mr vach pillutla, ceo of al-ikhsan joked about how he was actually a manchester united fan, which the audience members did not take too well! 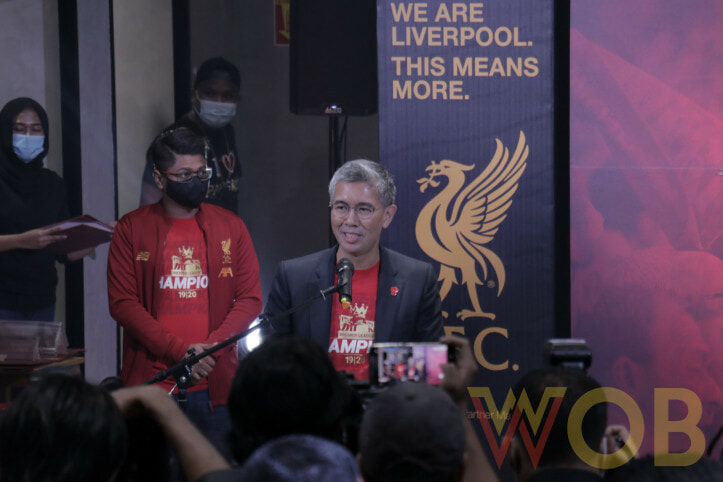 The finance minister reminisced how being a liverpool fan in the olden days was a whole other experience.

The Liverpool FC Champions Range consists of apparel such as tees and hoodies plus other fan memorabilia such as scarves, mugs, key chains and flags to commemorate the new champion of the English Premier League 19-20.

The highlight of the event was the unveiling of the Champion Tees which are available in red and black. 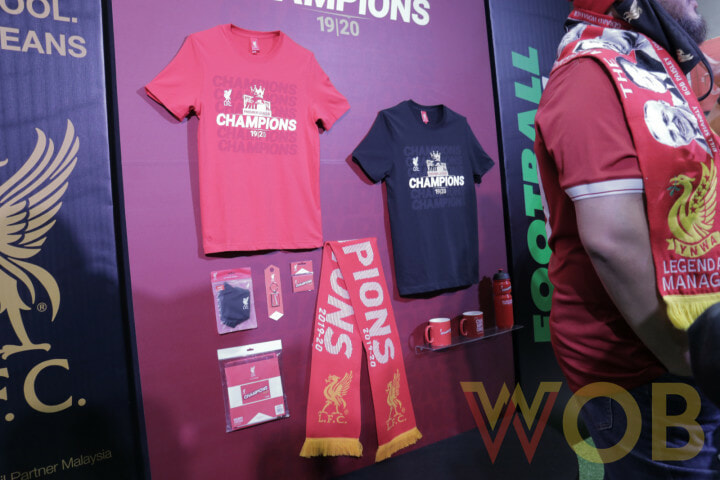 The atmosphere of the event was palpable as fans throughout ages clad in their jerseys chanting “Champione” together and celebrating the victory of their team after 30 years!

Not only was this event just a celebration, but it was also witnessing a collaboration between Al-Ikhsan Sports Sdn Bhd and the Official Liverpool Supporters Club in Malaysia via an MOU (Memorandum of Understanding) signing ceremony. 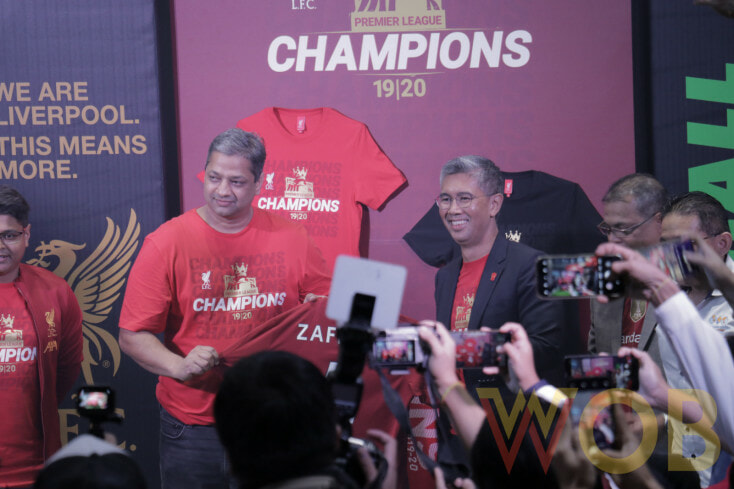 Malaysian comedian, Afdlin Shauki, also made a surprise visit to the event and joined in the celebrations of his beloved club.

“The last victory was 1990, my kids weren’t even born yet. This victory is worth it and I’m glad my kids are here to celebrate with me.” 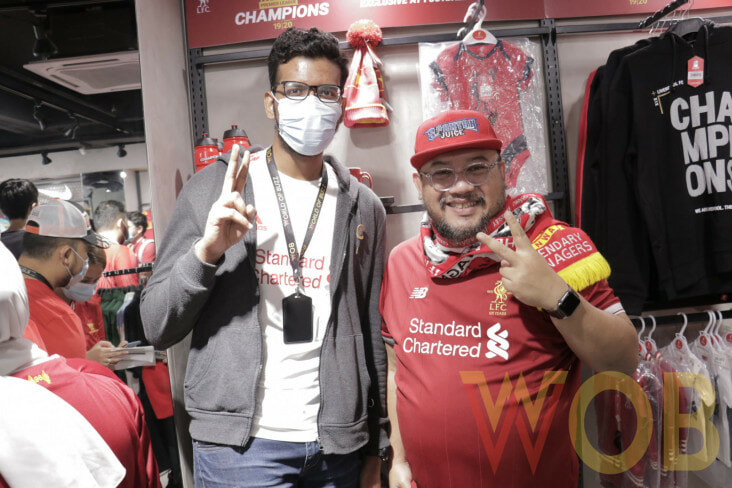 If you’re interested in the merchandise, it is available in selected 45 Al-Ikhsan and Football Republic outlets nationwide. 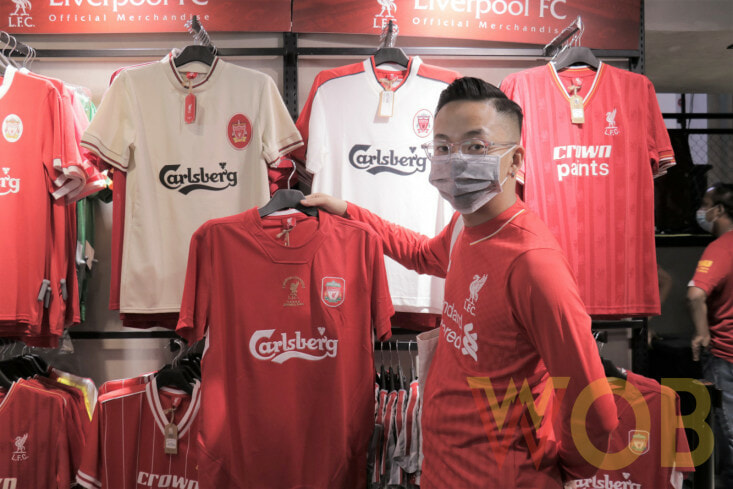 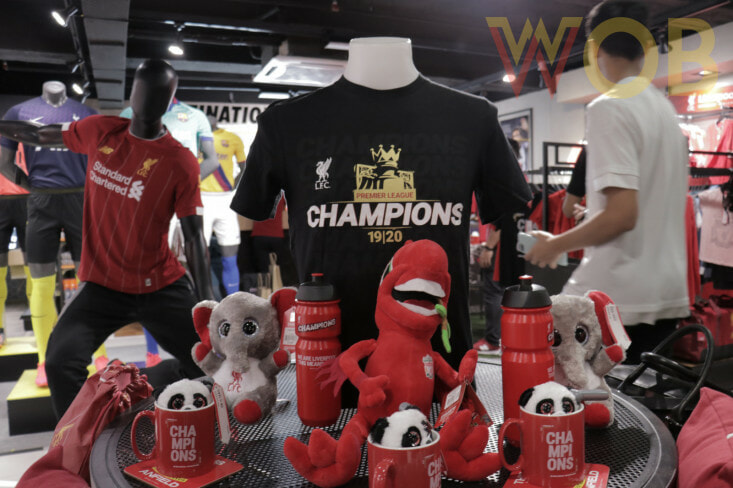 You can also get the range online at al-ikhsan.com. If you’re a member of the Official Liverpool Supporters Club, enjoy a 20% discount on your purchases.

At the end of the day, just remember #YNWA!!!

Also read: Why Liverpool Winning The Premier League Title For The First Time In 30 Years Is A Big Deal