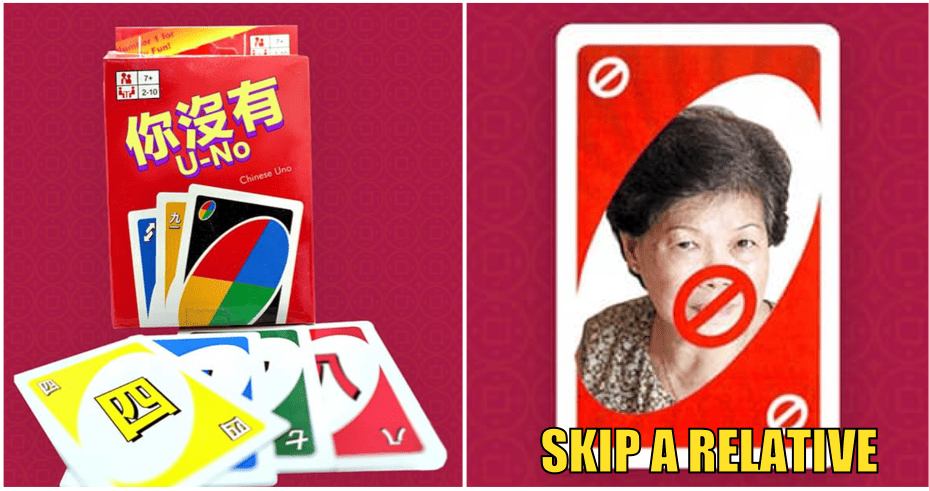 A few days back, the Internet, especially within the Asian community went berserk online after an American company decided to produce a refreshed design to the game of Mahjong because like always, these Ang Mohs think they know best. The company was accused of being culturally-ignorant towards the traditional Chinese game.

This has prompted a marketing firm in Singapore to parody the incident by proposing their own refreshed design of the popular American card game, Uno. The Grimm & Company shared their idea in a Facebook post on their page. They wrote,

“Inspired by The Mahjong Line, we are bringing “你没有” U-NO (Chinese UNO) to the stylish Chinese masses for USD$425 (about RM1700). A game for jaunty Chinese people to play during Chinese New Year to make it even more awkward. Oh, the 𝙟𝙤𝙞𝙚 𝙙𝙚 𝙫𝙞𝙫𝙧𝙚.”

As can be seen from the pictures shared, all the numberings are in Chinese. There are even special cards, just in time for Chinese New Year.

There are two cards that can help you deal with your relatives:

And two more cards to help you get more angpows! Inspired by The Mahjong Line, we are bringing "你没有" U-NO (Chinese UNO) to the stylish Chinese masses for USD$425. A…

Yes yes, we know this U-No card is only a parody but if they decide to produce it, there might be some families out there that will buy and include it in their CNY tradition!

Also read: Ang Mohs Tried To Make A Revamped Version Of Mahjong But Netizens Are Not Having It 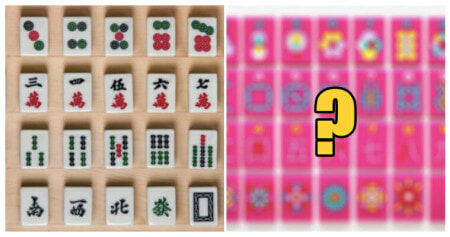