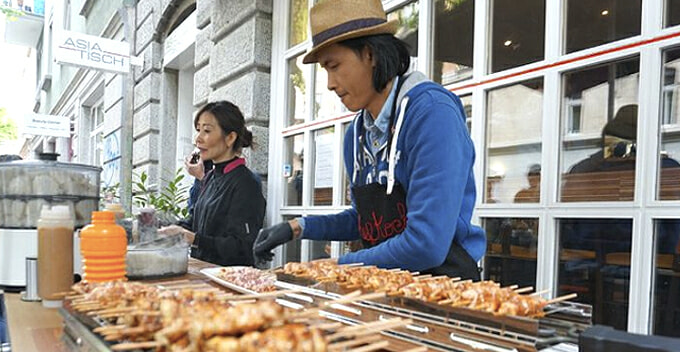 If you’ve been thinking about quitting your day job to start a business, you would definitely find this story motivating and empowering.

Rio Vamory, an Indonesian man recently quit his stable job as a banker in order to pursue his true passion of selling chicken satay. He has been in this business since May 2017. 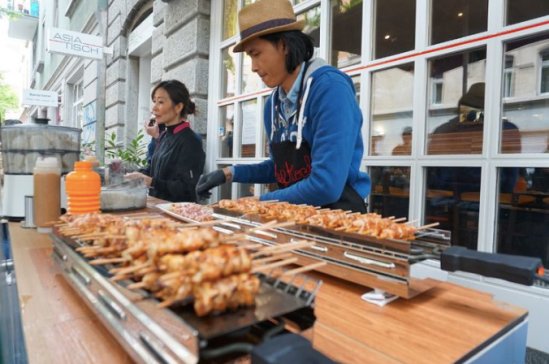 According to Selendang Biru, 35-year-old Rio hails from Padang Panjang, Indonesia and grew up without a father. He has always been a top student in school and even leapt years due to his exceptional results. After finishing school, Rio left Indonesia and settled down in Zurich with his lovely wife.

Two years later, he invited his mother to live with him in Switzerland. Rio’s career as a banker had also taken off well and before long, he was earning a lucrative salary.

However, he got bored with the daily routine as a banker, saying that the job could fill up his wallet but not his soul. So, he plucked up the courage to resign and transitioned into a street vendor selling chicken satay. To look the part, he let loose of his neatly combed hair and didn’t trim it for six months. Instead of office attire, he put on a T-shirt and a pair of jeans underneath an apron. 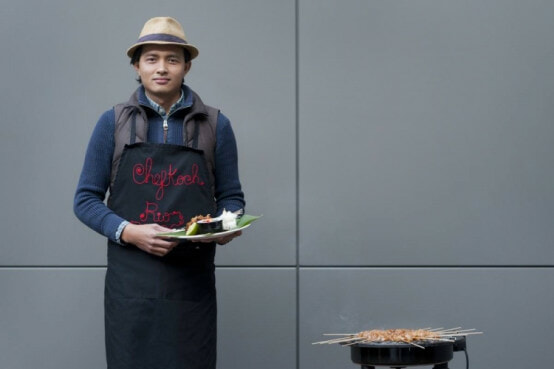 To kick things off, he used a crowdfunding page to get financial support from the public and also to gauge their response towards the idea of selling chicken satay. He even filmed a video of him explaining his project to woo his potential investors.

With the 12,000 Swiss francs (approx. RM52,000) he received from the platform, Rio bought himself a two-wheeled cart and other equipment. He also went from door to door to sell his satay to gather feedback from customers. 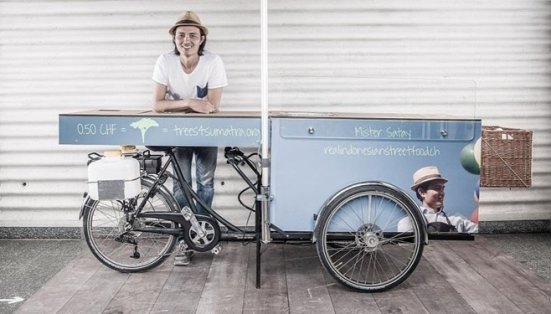 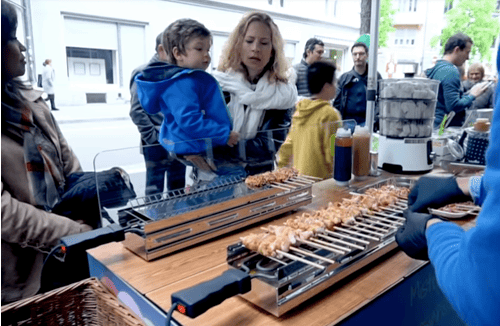 Now, Rio’s business is doing well with customers lining up for his juicy satays and his business has even garnered the attention of local newspaper, Neuer Zurcher Zeitung (NZZ)! One of the editors said,

“What Rio has done is indeed very spectacular. Not many accomplished bankers would change their professions and become a chicken satay vendor.”

This is certainly a very inspiring story and we wish Rio all the best for his chicken satay business. Hopefully one day he can open up his own restaurant selling more Southeast Asian food there. 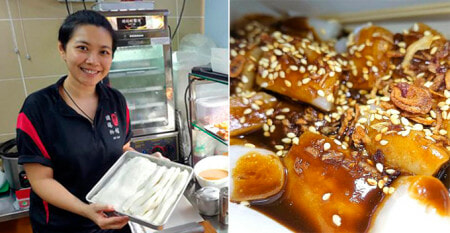