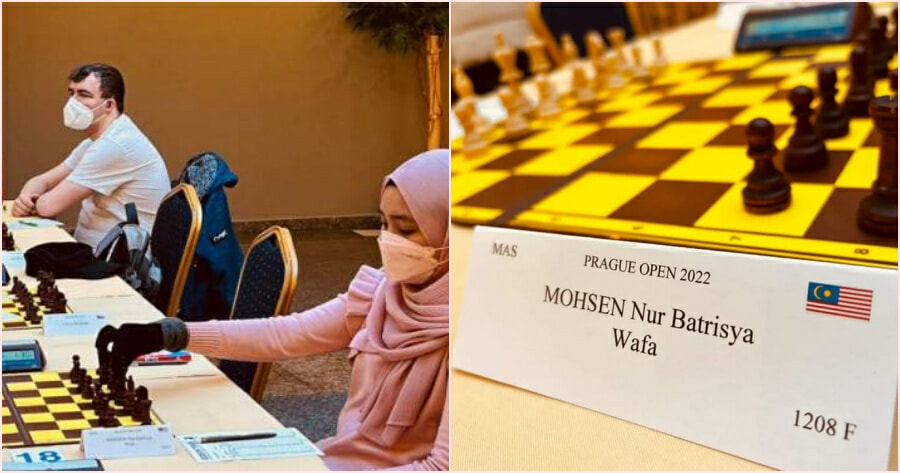 More and more of our young sportsmen and women have started to represent Malaysia on the international stage.

Adding to the list is 17-year-old Nur Batrisya Wafa Binti Mohsen who is representing the country at an international chess competition in Prague, Czech Republic.

She is currently taking part in the Czech Open International Chess & Games Festival which started on 7 January and will go on until 14 January. 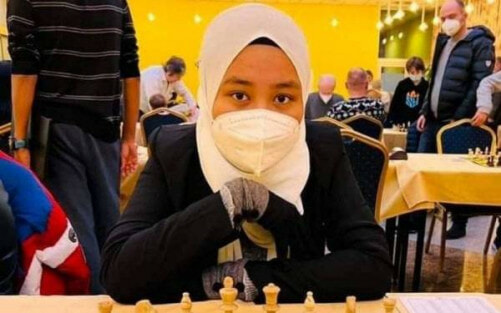 Batrisya is a student from SMK Convent Kajang and is also a sports scholarship recipient at the school.

Her father Mohsen Amdan, 44, said that her participation in the tournament was fully funded by them as they wanted to provide her with more exposure and experience playing abroad.

Mohsen mentioned that prior to this, Batrisya had gone to participate in tournaments at the international level but the pandemic moved everything online.

“My daughter is not yet at the ‘famous’ level where someone would offer to pay, so she depends our own efforts so that she gets experience and for her career in the game of chess to go further,” he said. 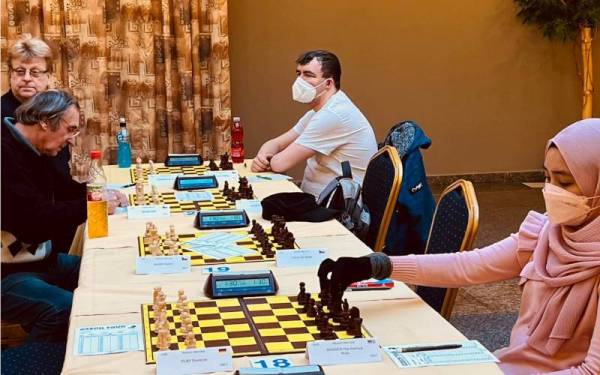 Batrisya has won many local chess tournaments and most recently, emerged runner-up in the under-18 category of the Selangor Schools Sports Council Chess Championship 2021.

Her interest in chess started when she was just 10-years-old and she was lucky when the headmaster and her teacher at Sekolah Kebangsaan Saujana Impian 2, Selangor had previously ‘ paved the way for her. 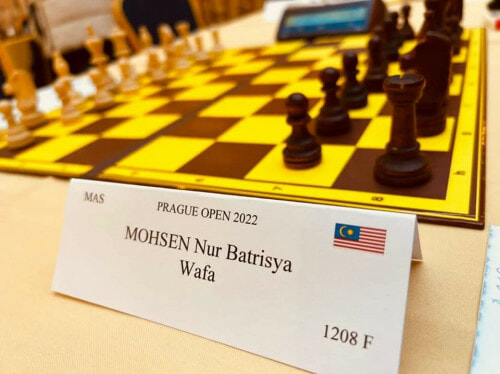 “Currently, she is also coaching to interested teenagers and children. All of my children also play chess and Batrisya’s two younger siblings, Nur Basyira Wafa, 15, and Mohd Evan Mikail, 11, have also played in Thailand,” said Mohsen.

“What I hope is that the exposure of playing abroad will give Batrisya a new kind of experience because not many people get such an opportunity. When she returns, I hope that she can be an inspiration to more young players, especially women, as chess is usually dominated by men.”

We wish her all the best and we are proud of her for bringing the name of our country to an international scale.