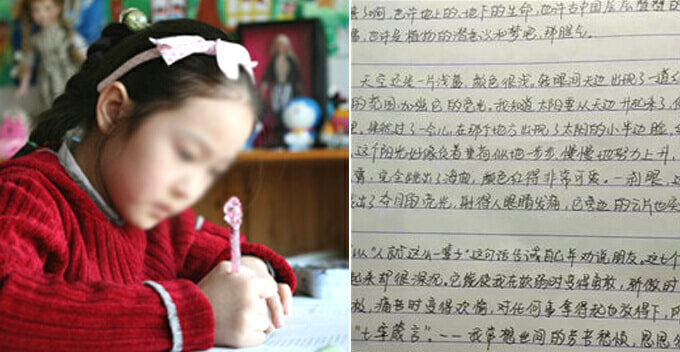 While her peers were having the time of their life during the school holidays, this girl was busy making money by doing what she does best – homework!

A 13-year-old girl from Chongqing, China has gone viral after her service of helping other students do their school holiday homework surfaced online. In fact, she had so many orders that she made nearly 10,000 Yuan (approx. RM6,000) in just one long school holiday!

In order to get exposure and publicity, she used her mother’s e-commerce account without her knowledge to get customers. She even provided samples as testimonials for her potential customers’ reference. Smart! 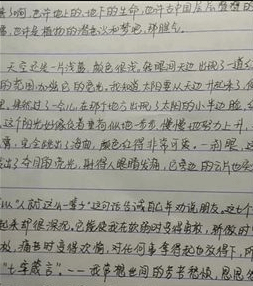 Since her handwriting was so neat, the orders started flooding in and she became ‘extra hardworking’ in doing homework. In exchange for her hard work, she made quite a lot of money, even more than a fresh graduate!

Sadly, when the school reopened, one of the customers’ teacher recognised the handwriting and found out that the students had indeed gotten their homework done by the girl. As such, the buyer requested a refund after they kena kantoi but the girl said she had spent the whole afternoon writing it and therefore a refund was impossible.

The angry seller then reported the girl’s account, which resulted in the account being blocked. That caught the attention of the girl’s mother and after being interrogated, she came clean about her ‘side business’. The mother was furious and even confiscated all her hard-earned money. Nooo…

However, what baffled the mother most was that her daughter seemed to have zero remorse about her trade. She even defended herself, saying that there’s nothing wrong earning money with her own skill and that she actually earned more than her mother! This little girl is savage!

Well, we’ve no doubt that she has talent in doing business but she may want to wait till she’s old enough so that she can have her own online account on marketplace platforms. 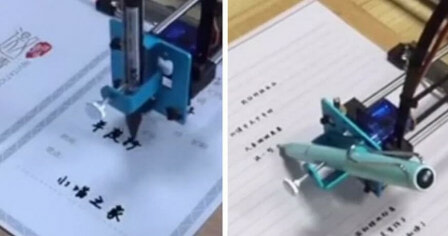