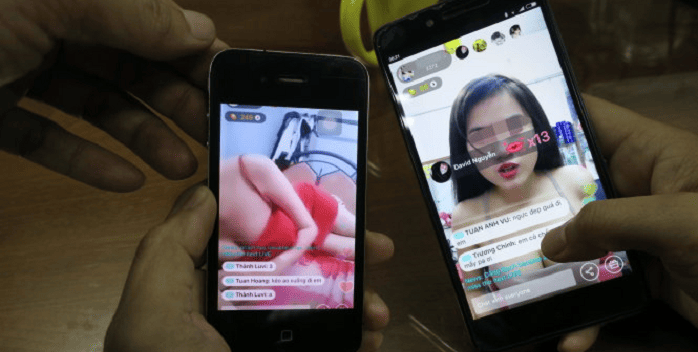 This just makes me sick.

The whole ordeal happened in Kuantan, where Xiaoyu (not her real name) met the man known only as Ho in an online game back in June 2012. They began chatting regularly via Instant Messenger. A few months later Ho began to ask for harmless photos of Xiaoyu, later progressing in promiscuity leading up to nude photos.

The act is known as “grooming” and is very LEGAL in Malaysia.

“After that, he told me to keep sending him more nude photos of myself or he would spread them everywhere”

According to the victim’s account, Ho went to the extent of turning up in Kuantan two years after that in November 2014 to meet with her. He later brought her to a hotel and forced himself on her. She was 14. Using the pictures as blackmail munition, He showed up rather frequently to have sex with Xiaoyu, most recently on the 18th and 19th of June 2016.

(Image For Visualization Only) Source: nationalmirroronline.net

Not too long after the ordeal began, Ho instructed Xiaoyu to place her phone discretely in her home bathroom to record her mother and elder sister showering. She complied with his demands.

The perp later used the video to blackmail Xiaoyu’s elder sister via social media, threatening to post them unless she complies with his twisted fantasies.

(Image For Visualization Only) Source: frontpagemag.com

Initially the family suspected this was the doings of the elder sister’s ex-boyfriend, but one Sunday evening, Xiaoyu came forward with the entire story. Xiaoyu has since been brought in to file a police report.

According to Xiaoyu, Ho has started a blog and began posting her nudes online. There are 8 such photographs in circulations as of the time of writing. This has led to Xiaoyu’s fall to depression and she has began feeling suicidal.

“I am under a lot of pressure and sometimes I can’t sleep the whole night. I have even thought of killing myself”

Quek Tai Seong, special assistant to the Minister in the Prime Minister’s Department has said that MCA Youth will assist in providing legal aid to the family as well as arrange for professional counseling for Xiaoyu.

From all of us here at World of Buzz, our thoughts and prayers are with the family and especially with Xiaoyu. We hope that she pulls herself out of such a traumatizing experience and bounces back stronger than ever! Remember, you will always have your family and closest friends to fall back on.

To you fellow readers I yearn you to just make a little noise on social media regarding our penal code which permits the predatory “grooming” of young kids to be used to fuel such dark and evil desires. A little noise is all it takes to wake up our mangkuks in the cabinet there and force them to take action. This does not need to happen, you can change this.