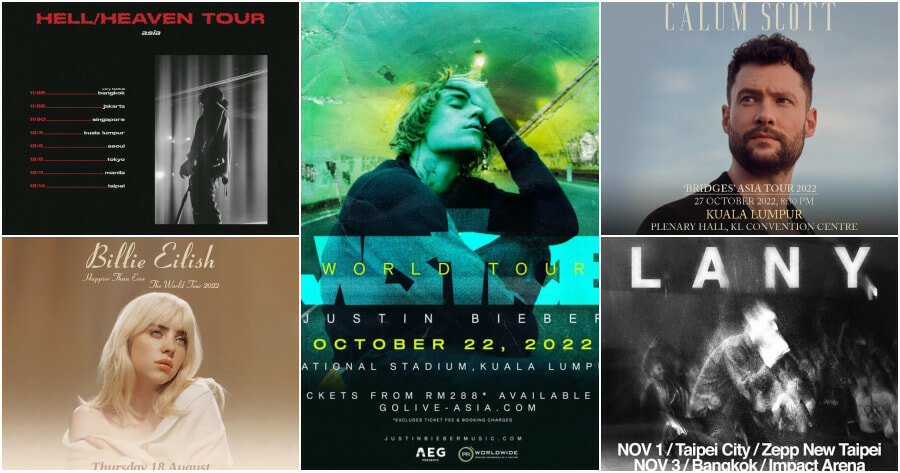 After almost 2 years without any live concerts, Malaysians are now as excited as ever to see their favourite artists and musicians live!

With the exciting announcement that Justin Bieber’s ‘Justice World Tour’ will be resuming after he was diagnosed with Ramsay Hunt syndrome a few months ago, here are 11 other concerts you can look forward to for the rest of 2022: 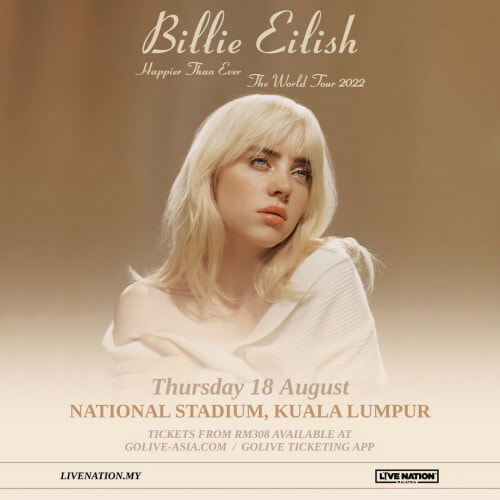 Global superstar and 7 time Grammy winner Billie Eilish is heading to KL for her first ever time. Her ‘The Happier Than Ever: World Tour’ will be held in the National Stadium, Bukit Jalil on 18 August 2022 at 8:30pm.

Her first live debut in Asia will kick off in Manila and conclude in Tokyo, with additional dates in Malaysia, Singapore, Bangkok, and Seoul. 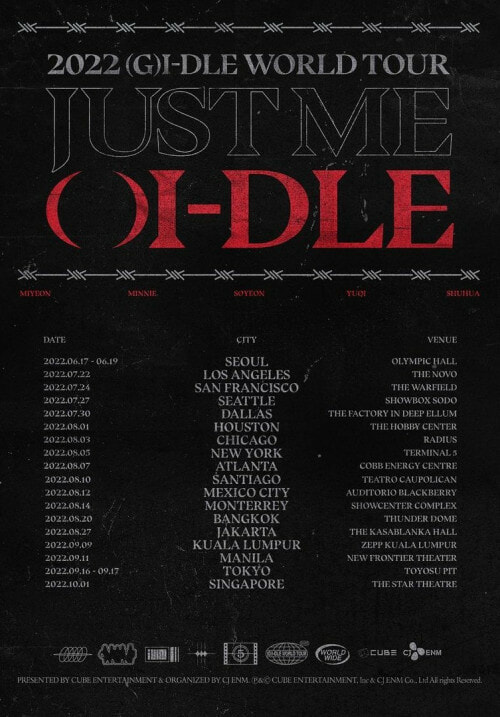 Although many K-pop groups decided to skip out on Malaysia on their various world tours, K-Pop fans, won’t be missing out on the fun as (G)I-DLE is here to save the day!

The South Korean girl group recently released the final dates and venues for their ‘Just Me ( )I-DLE’ tour and Kuala Lumpur is on the list! 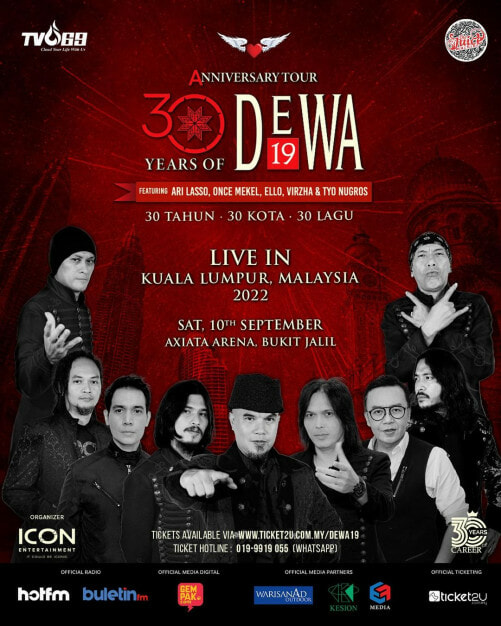 Their original concert date was on September 10, but after the tickets sold out within an hour of release, the rock band have announced that they will also be performing on September 9.

Dewa 19 are currently on their 30-city 30 Years of Dewa 19 anniversary tour, where they will play 30 songs at each show in keeping with the 30th-anniversary theme of the tour. 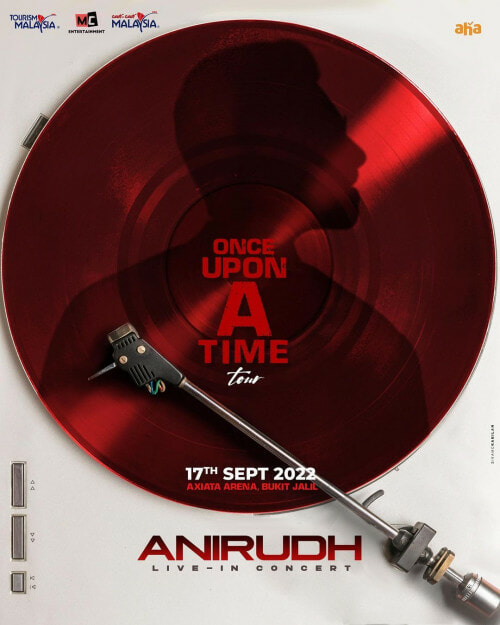 Indian rock singer and composer Anirudh Ravichander is set to give Malaysians a colourful concert in September as part of his ‘Once Upon A Time Tour’.

The tour which began in Chennai early this year will arrive at Axiata Arena, Bukit Jalil here on September 17

Anirudh who is a huge fan of British rock band Coldplay has promised to give fans a “glow in the dark” concert inspired by Coldplay’s performances. 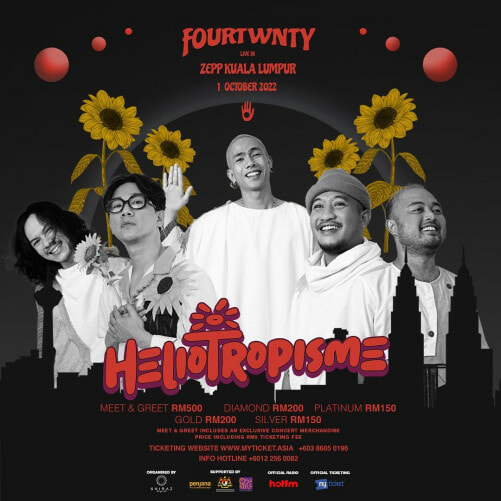 Indonesian indie-folk band Fourtwnty have announced an October performance in Malaysia. Titled ‘Heliotropisme’, the show is part of a tour that takes the band to 10 cities across Indonesia, including Medan, Makassar, Malang, Palembang and Yogyakarta. 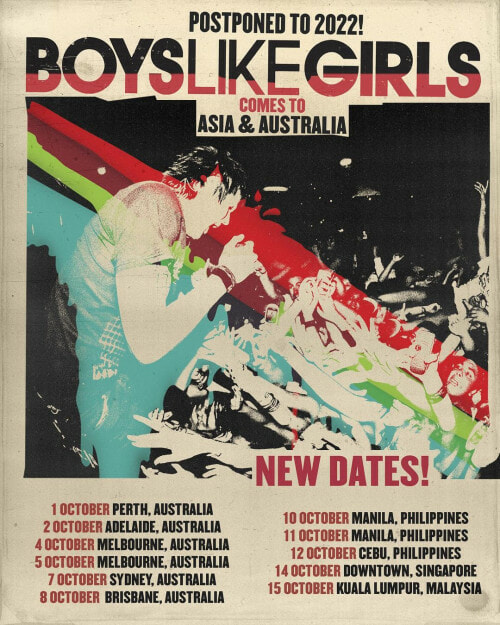 American punk-rock band Boys Like Girls will be making their way to Southeast Asia this year and it is expected that they will be performing their iconic 2006 self-titled album in its entirety.

Originally slated for July 2021, the Asia-Pacific leg of their world tour was pushed to October 2022 after several reschedules due to the pandemic.

However, details on the venue and tickets are yet to be announced as of the time of writing. 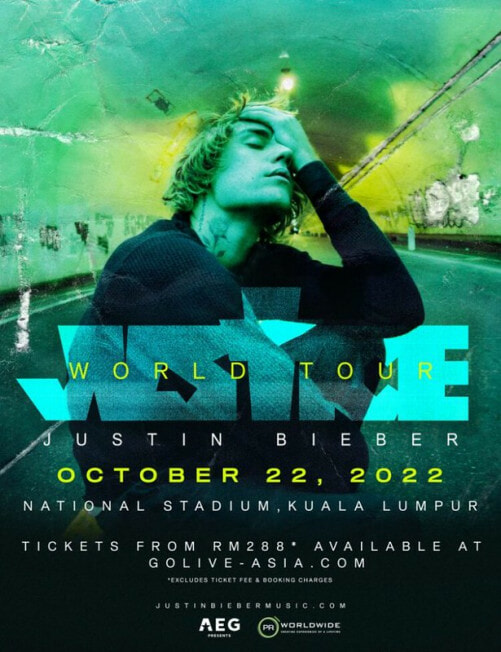 Although it was previously postponed indefinitely due to the global superstar being diagnosed with Ramsay Hunt syndrome, it was recently announced that his highly anticipated ‘Justice’ world tour is finally back on the cards much to relief of Malaysian ‘Beliebers’. Popular British singer-songwriter Calum Scott will be serenading fans for the second time in a live concert at the Plenary Hall in KLCC on October 27.

The multi-platinum selling, Brit Awards-nominated artiste will be in KL as part of his Bridges Asia Tour which will kick off in Tokyo, Japan before he heads over to other locations including Manila, Bangkok, Jakarta and Singapore. 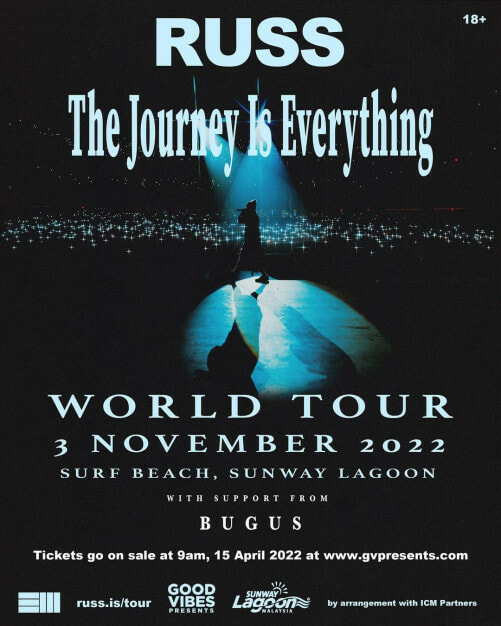 Presented by Good Vibes, Russ is making a return to Malaysia once again since his last visit at the 2019 Good Vibes Festival in Genting Highlands.

Russ whose top hits include What They Want, Losin’ Control, and Best on Earth will hit the stage at Surf Beach, Sunway Lagoon this November. 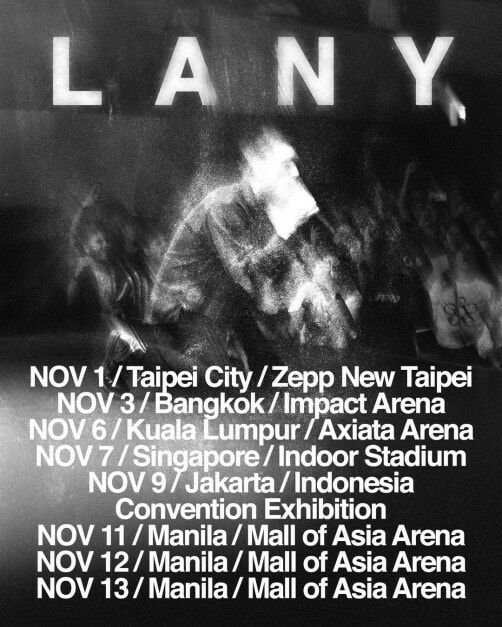 Making a long-awaited return to Malaysia is American pop rock band, LANY, who will be back for their second visit this November at the Axiata Arena.

The band is known for their big hits such as Malibu Nights and ILYSB and will be returning to promote their latest album, gg bb xx. 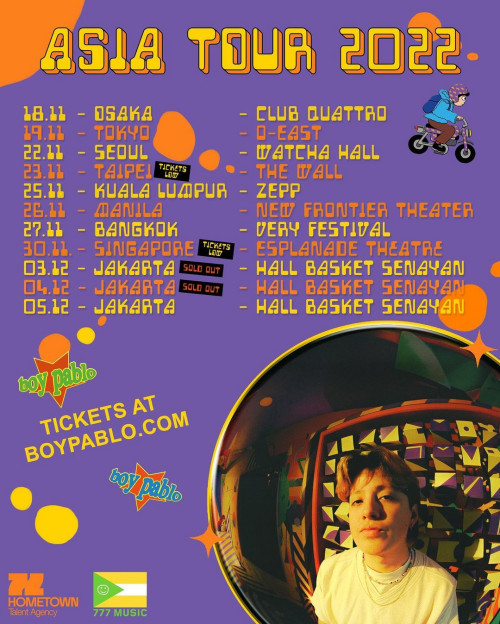 Famed for his hits which include “Everytime” and “Dance, Baby!”, Chilean–Norwegian indie rock singer Nicolas Muñoz AKA Boy Pablo, is set to perform his tunes at Zepp KL Bukit Bintang. 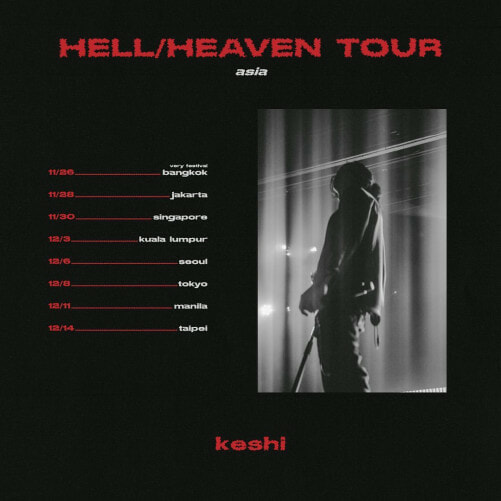 Known for his alternative R&B tunes, Vietnamese-American artist Keshi will kick off his HELL/Heaven Tour in Asia, starting with Thailand, Indonesia, and Singapore, before heading to KL.

The remaining tour consists of South Korea, Japan, the Philippines and Taiwan.

Tickets to his show, which was originally set to only be held on December 2 was quickly sold out which prompted him to announce a second show on December 3.

Have you bought your tickets to any of these concerts? 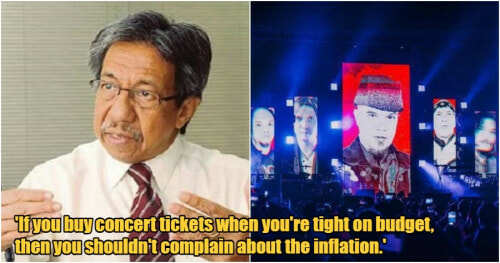