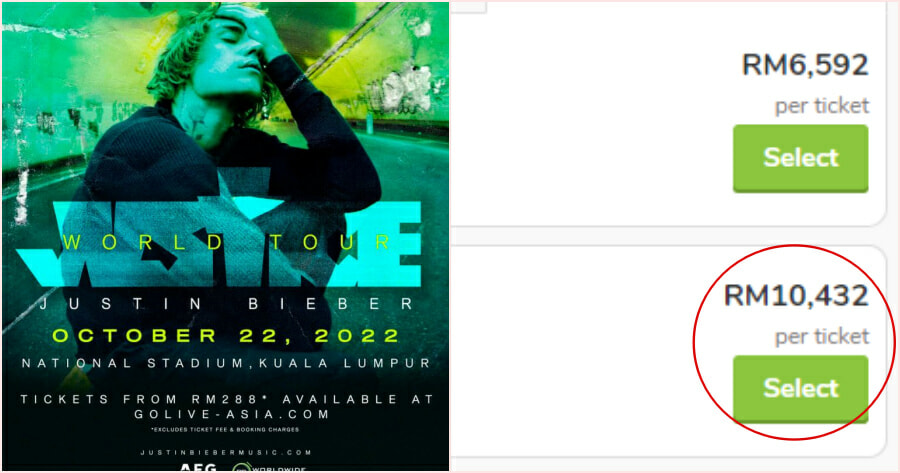 Justin Bieber will be bringing his Justice World Tour to Malaysia in October of this year.

Although it is still a few months away, the tickets went on sale yesterday and was sold out in a matter of hours as die hard beliebers rushed to secure their place.

The tickets for Categories 1-7 and VIP seats, which ranged from RM288-RM2,088, were all quickly snapped up by Malaysians. 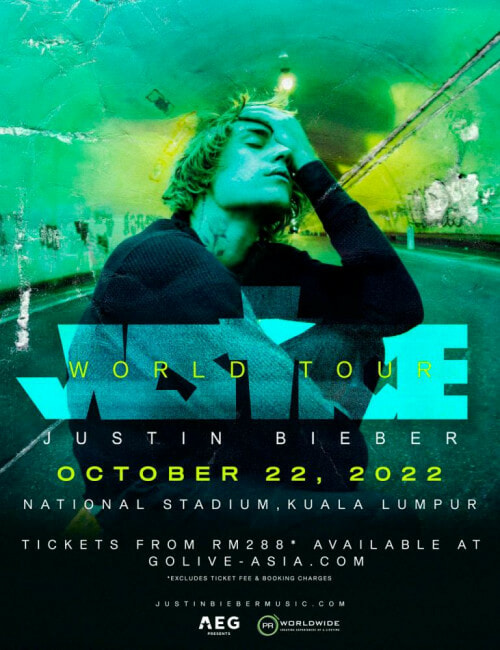 However, while some fans were sadly not able to obtain tickets, scalpers have already begun listing the concert tickets for way higher than its original price.

Twitter users shared screenshots of how much scalpers are selling them for on apps such as Shopee, Carousell and Viagogo.

For reference, the tickets cost: 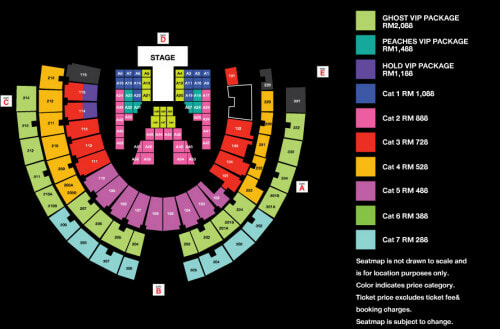 On Viagogo, Ghost VIP tickets are being sold between RM6,592 and RM10,432 per ticket, whilst the cheapest tickets were for Cat 3 seats which were marked up to RM1,564 per ticket whilst the original price is RM728.

Meanwhile on Carousell, one scalper is selling a Peaches VIP Package ticket for RM3,000 even though it was only bought for RM1,488.

Another scalper is selling a Ghost VIP Package ticket for RM5,000 with the original price being RM2,088. 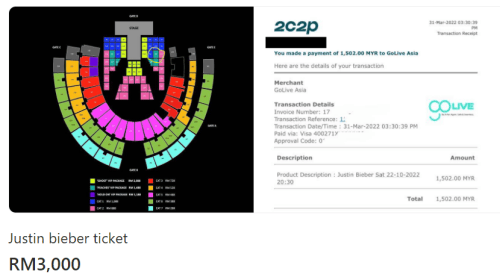 However, a number of netizens have pointed out that the concert tickets are actually linked to the original buyer’s IC number and name, so it cannot be passed to anyone else.

In a tweet posted by user @melakaboy, he wrote, “Creating awareness on #JusticeTourMalaysia. You cannot resell tickets. So don’t buy from resellers.”

He shared a conversation between him and his friend who is working at PR Worldwide, the company in charge of promoting the concert.

The representative from PR Worldwide confirmed that the tickets cannot be resold and that they will block if the name or IC number doesn’t match the ticket.

So it seems that scalpers who bought the tickets to make a profit out of it, are now left stuck with the tickets.

Do you think that this is an effective way of stopping scalpers from hoarding tickets? Let us know in the comments. 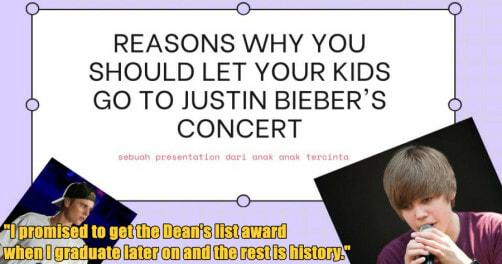