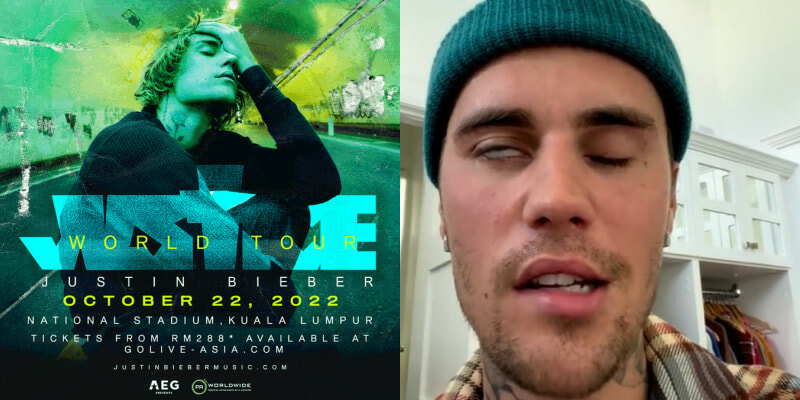 Grammy-winning singer Justin Bieber has put his Justice World Tour on pause, after being diagnosed with the Ramsay Hunt syndrome.

Sharing his medical condition on social media, Justin shared his bout with the rare neurological disorder, citing it as the main reason his tour was put on hold for the time being.

In his video, Justin shared: “I wanted to update you guys on what’s been going on.”

“Obviously, as you can probably see from my face, I have this syndrome called Ramsay Hunt syndrome.”

“And it is from this virus that attacks the nerves in my ear and my facial nerves has caused my face to have paralysis.”

“As you can see, this eye is not blinking. I can’t smile on this side of my face.”

“This nostril will not move. So, full paralysis on this side of my face.”

So what would this mean for his proposed world tour, which includes Malaysia? 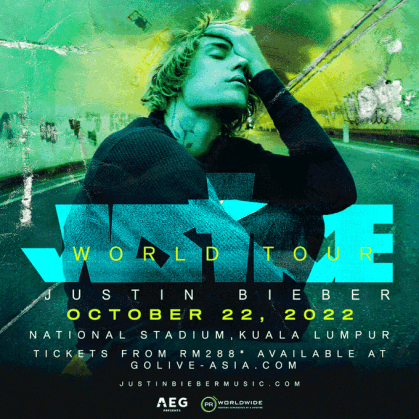 “So for those who are frustrated by the cancellations of my next shows, I’m just physically, obviously not capable of doing them.”

“This is pretty serious, as you can see. I wish this wasn’t the case, but obviously my body’s telling me I gotta slow down.”

No update on the Malaysia concert has been released following Justin Bieber’s recent announcement.

Also read: Justin Bieber’s Malaysia Concert Tickets Are Being Resold For Up To RM10,432 By Scalpers 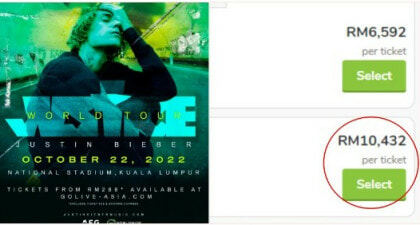