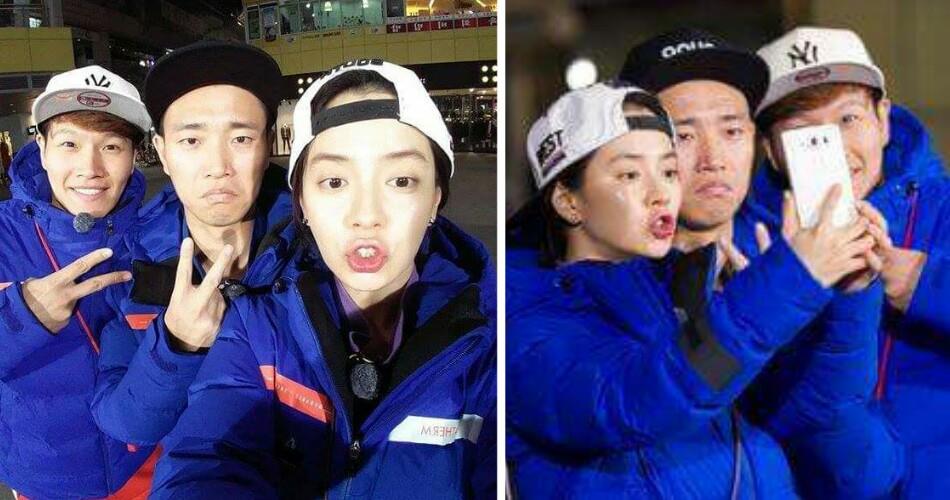 Running Man fans had their worst nightmare come true when Kang Gary announced his leave from the popular variety show in October this year. True enough, he officially left after filming his final episode on October 31.

But now, fans of the Korean show have their hearts broken once again after official reports confirmed another 2 members will be leaving the show.

To replace the 3 missing members will be Kang Ho Dong, a legend in the Korean comedy and variety show industry. However, fans are still lamenting over the loss of their favourite members as they have been through 6 whole years together with the original 7 members.

UPDATE: Kang Ho Dong’s agency has released a statement stating that he will NOT be joining Running Man as a permanent cast next year.

Here are some of the things we will miss about Kim Jongkook, Song Jihyo and even Kang Gary.

Kim Jongkook wass known as The Commander due to his awesome leadership skills and impeccable strength that by far only a small number of people could overcome.

His strength was constantly challenged by every guest that ever came onto the show and more often than not, guests ended up losing to him.

We will definitely miss the times when Jongkook acted cute with his gigantic muscles poking out. But regardless of how cringy he behaved, there is totally no one as cute as our Kookie~

If Jongkook leaves Running Man now, where else could we hear constant jabs at his relationship with Yoon Eunhye? Even the members constantly wished for ‘sister-in-law’ Eunhye to come onto Running Man as a guest.

We will no longer be able to watch Jongkook blush and act shy anymore when the magical name gets brought up.

Everyone loves Jihyo when she was blur, blank or ‘mong’. Her constant sleepiness and general blur-ness never failed to capture the hearts of viewers. She’s so real, and never tries to hide her true self from cameras, which is why fans adored her for it.

Jihyo and Gary were definitely NOT known to be great dancers. Even Jongkook who is an idol dances awkwardly sometimes.

Gary’s expressions were almost always honest. He was definitely the worst liar among the Running Man members and his facial expressions always gave it away.

This was most evident during Episode 60 (The Tru-Gary Show). Gary was a spy in that episode but all the members could see right through him as he was obviously behaving weirdly and lying terribly. 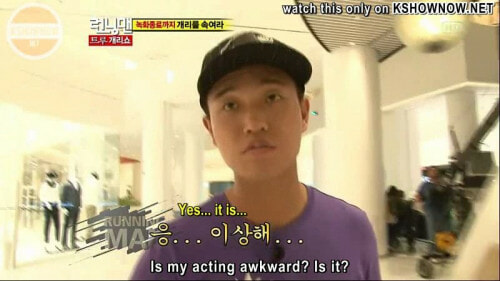 Bad Jihyo or Gangster Jihyo was one of the many sides of Jihyo that we all loved. Jihyo wasn’t acting when she went into gangster mode – she showed her true self!

She had a flaring temper and nothing could stop her from expressing it. Her usual target for her anger was Kwangsoo (because he pokes fun at her all the time) but her Oppas were also never spared.

Although Jihyo was often seen as part of Running MAN (literally), she was still a lady. Whenever she dressed up and put on make-up, the other members never fail to be wowed by her beauty.

Well, she wasn’t the ambassador for beauty brands for nothing right?

9. The Pairings or Groupings

We all loved the close relationship among Running Man members. But now that Gary had left and Jongkook and Jihyo will be leaving soon, many pairings will become obsolete.

We will no longer have the Spartace Couple, Siblings Couple, ‘우리형, 내 동생’ (My older brother, my younger brother) Couple, Jongkook and His Brothers Trio, etc.

But of course, among all pairings, Monday Couple was by far the most beloved duo throughout all Running Man fans’ hearts. Since Episode 8, this in-show pairing was one that everyone wanted to come true in real life.

You can barely count the amount of special moments these two have shared with each other throughout the past 6 years. From hugs, to ‘peppero’ games, to holding hands, to even kissing! <3

When Gary first announced his leave from the show, every Monday Couple fans’ heart broke. However, now that Jihyo has declared her exit as well, the couple’s fans can only hope and pray for a miracle. *sobs terribly*

In Episode 276 (Operation: Saving Gary), Gary was locked inside a mobile room. Meanwhile, members had to look for him around Seoul, figure out the password to unlock the door, and save Gary from containment.

However, now that Gary had left and Joongkok and Jihyo will be leaving soon, it seems like it will no longer be 7-0-1-2. 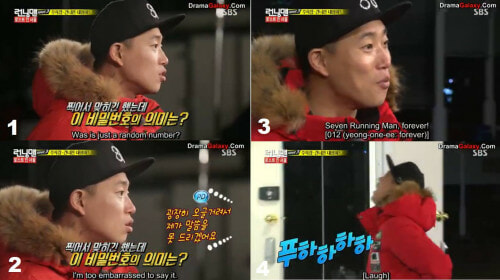 Now, fans can only cry at the memory of ‘Seven Members Forever’. Who would have known ‘forever’ would be so short?

Apparently, there’s a much sinister reason as to why they got the boot:

READ: Song Ji Hyo And Kim Jong Kook Actually Got KICKED OUT Of Show Without Being Informed