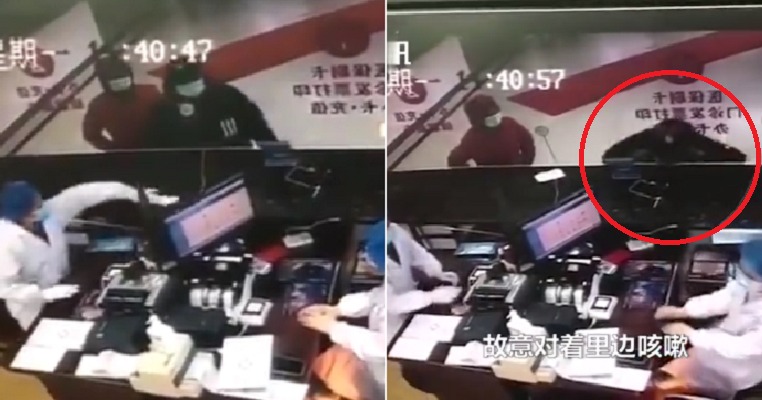 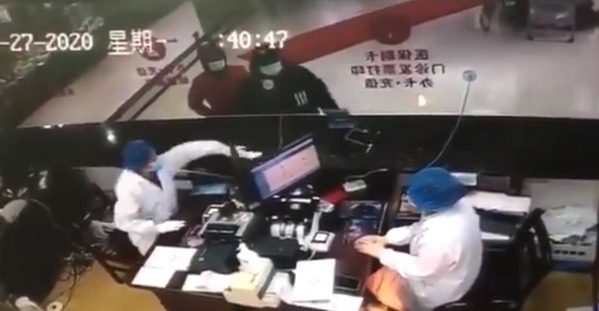 According to Sina, the incident happened on January 27th, at the Xiaogan Maternal and Children’s Health Care Hospital in Hubei. The man, who is from Wuhan had gone to the hospital as he wanted to buy medicine that was prescribed by the doctor for his fever.

He was dressed in black while his female companion was dressed in red, and both of them wore masks while talking to the medical staff on duty. CCTV footage shows the man taking out a piece of paper from his pocket and giving it to the staff. Suddenly, he removes his mask and purposely coughs at the medical staff when they told him that did not have the medicine he needed. 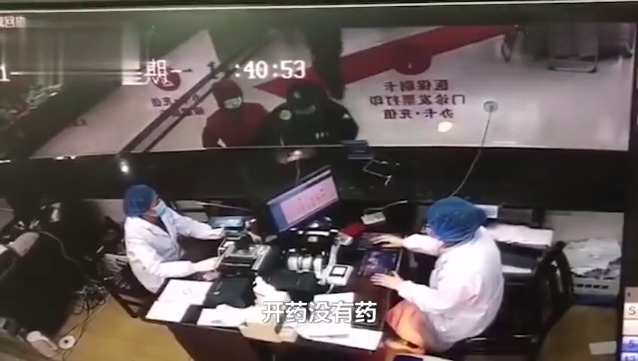 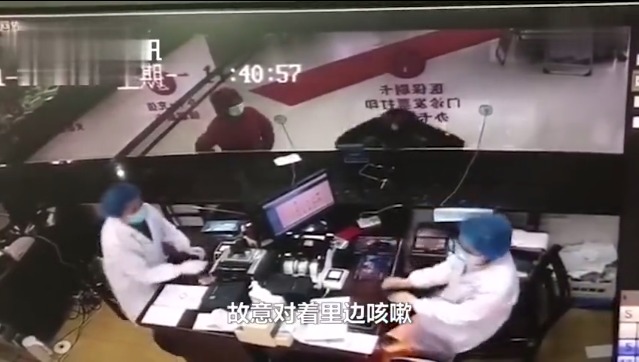 The medical staff are shocked at this selfish and rude act and quickly jumped up from the table and moved a few steps away from the man’s coughs. Even though they are wearing masks too, it doesn’t mean you want someone to cough at you! The staff said that the man got angry and frustrated when they told him they did not have the medicine so he coughed at them.

Luckily, it was reported that the man did not have the Wuhan virus, just the common cold and fever. The hospital staff were tested and the room where the man had coughed in was disinfected as well. The staff said that they then lodged a police report and the authorities have contacted the man.

That’s really rude of him to do so!

Also read: “If I Can’t Live, Then You Can’t Too!” Patient with Fever Tears Off Medical Staff’s Mask & Spits At Her 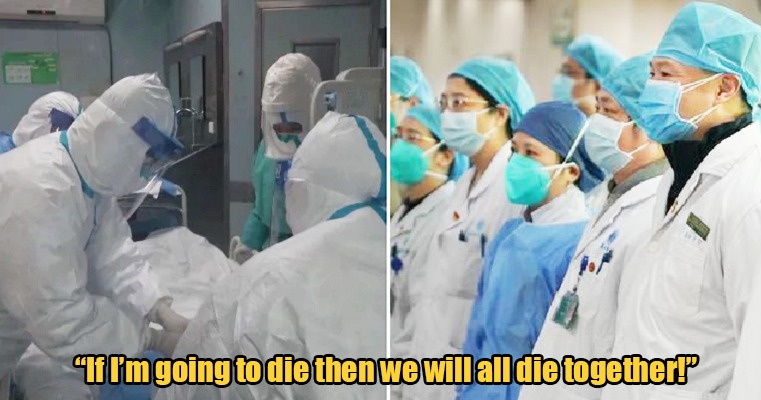