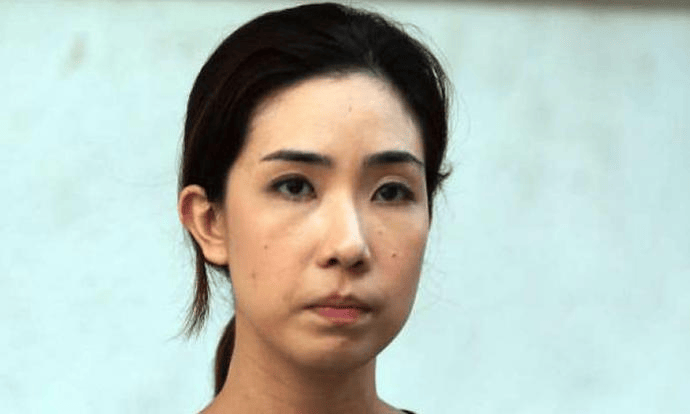 29-year old Yeo Hui Qi who was outraged that her boyfriend kept nude photos of his ex-girlfriend on his laptop decided to publish them online.

Yeo, a freelance copywriter that goes under the alias Yeo Min Ping, was sentenced to a month in jail and was put on RM30,000 bail after she did the unthinkable.

The images featured the girl’s face and what’s worse, Yeo went to the extent of posting it under the ex-girlfriend’s REAL NAME!

After she had stumbled on the images on her boyfriend’s laptop, she saved the pictures on a thumb drive and uploaded them on an image-sharing website 5 months later. She created fake profiles under the victim’s real name, and the pictures stored in a folder titled, ‘Naughtiness’.

She also created similar profiles on two other websites, one being a dating site.

Yeo has pleaded guilty to one of three charges of broadcasting obscene objects via electronic means from her home in Yishun Street 61 on Feb 10, 2014.

Defense lawyer, Lee Ping has requested for a pre-sentence report or a community-based sentence, short detention order (SDO) but was declined as Yeo’s actions were pre-meditated.

“On the spur, she (Yeo) destroyed another totally innocent lady’s life.”

“The harm done to the victim could not be calculated,” and the victim will have to “suffer this for the rest of her life”. The fact that Yeo has used the girl’s real name also reveals “the extent of her viciousness”.

Judge Lee also questioned Yeo for her malicious actions, “if it is to punish her, for what? She did nothing to you.”

The victim sent topless photos of herself to Yeo’s 32-year old boyfriend when they were still together back in 2011.

Deputy Public Prosecutor Tan Si En reveals that Yeo’s boyfriend met the victim in a university abroad in 2011 and kept a long distance relationship till 2013. He then started a new relationship with Yeo mid-2013, where she found the hot pictures in September. They have broken up since then.

“She was angry and jealous as the witness was keeping his ex-girlfriend’s sexually explicit photos.” said DPP Tan.

Till date, the victim’s nude photos are still circulating on the internet. Poor girl.