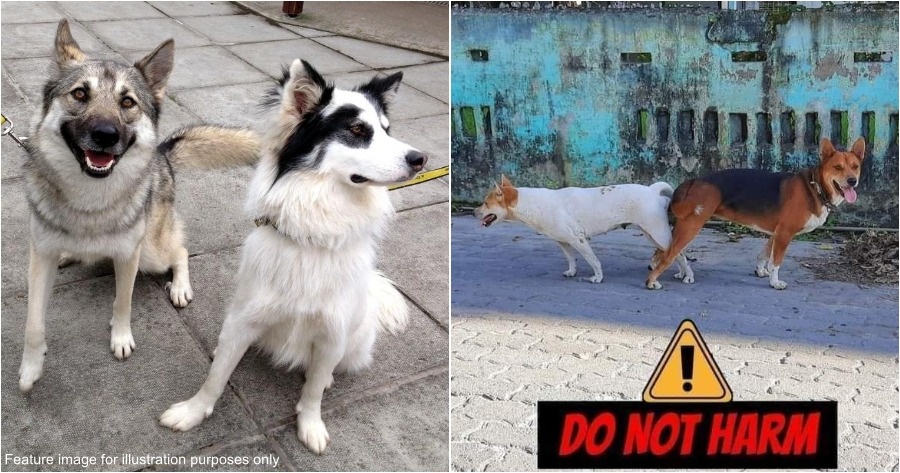 Have you ever seen dogs mate or wondered why dogs get stuck during mating?

A Facebook user, Preethi, recently shared why dogs mate a certain way and why we should not disturb them. The user said that dogs usually mate in two or three ways, the second of which is the ‘stuck’ step. 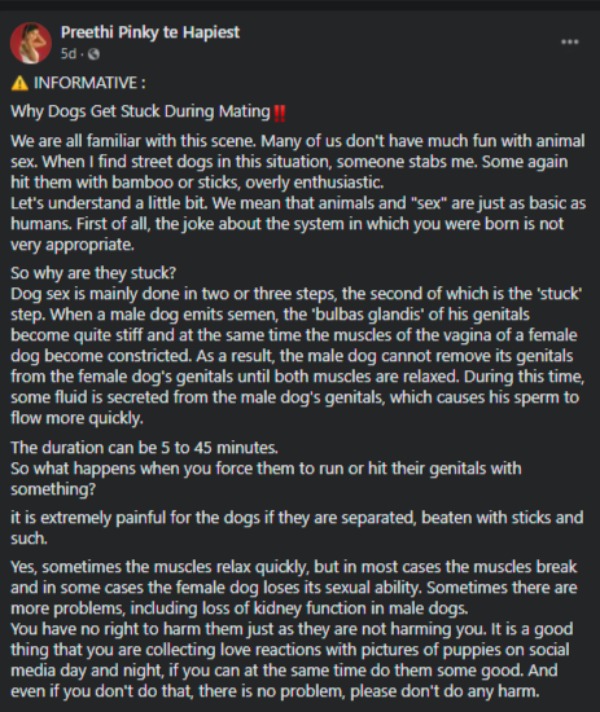 She explains that when a male dog ejects semen, the ‘bulbas glandis’ of his genitals become quite stiff and at the same time, the muscles of the vagina of a female dog become constricted. As a result, the male dog cannot remove its genitals from the female dog’s genitals until both muscles are relaxed. During this time, some fluid is secreted from the male dog’s genitals, which causes his sperm to flow more quickly. 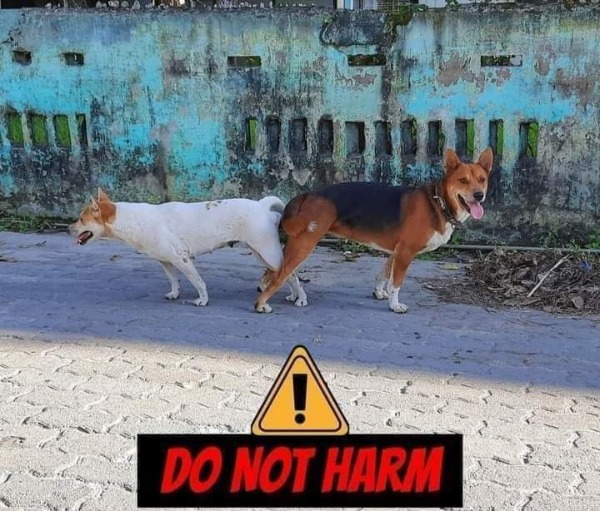 This can occur for periods that range anywhere between 5 to 45 minutes. Other sources say the process can take around 20 to 40 minutes.

However, when this happens many often try to separate the dogs by injuring them. Little do they know that it’s actually extremely painful for the dogs if they are separated, beaten with sticks and such. Yes, sometimes the muscles relax quickly, but in most cases, the muscles break and in some situations, the female dog loses its sexual ability.

Sometimes there are more problems, including loss of kidney function in male dogs.

She sternly advises that we have no right to harm them just as they are not harming us. She stated that if we can share love reactions as we do with pictures of puppies on social media then we can do our part in respecting their mating processes as well.

Do take note of this sensitive process if you happen to come across dogs mating in the future!