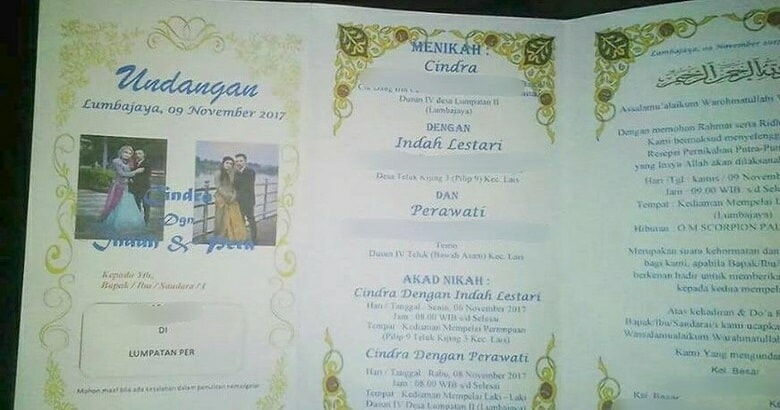 This is definitely something out of the ordinary!

Although polygamy is legal in Indonesia, it’s not really common for people to get married to two brides at once. That’s why this wedding invitation recently went viral on social media.

A photo of the invitation shows that the groom will marry two women, which caused a flood of outrage among Indonesian netizens. According to Coconuts, people who were supportive of polygamy also condemned the wedding, saying that a Muslim man should learn to live with one wife first before marrying another wife. 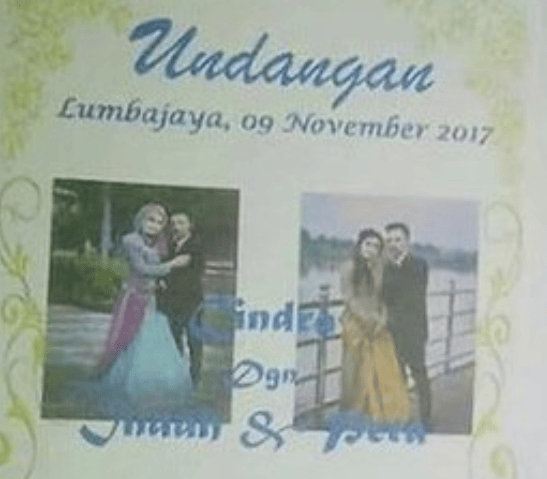 At first, people thought the invitation was fake, but according to Detik, it is very much real!

“Yes, it is true, there are two women (getting married) with one man (Cindra). One of the women is indeed part of our community (Indah Lestari); I have made the marriage certificate too,” said Panser, the head of the village where the wedding will reportedly take place.

The second bride, Perawati, comes from a neighbouring village.

Cindra has reportedly discussed the matter with Indah, who proved to be fine with the arrangement.

As for the multiple weddings, Chindra will reportedly be marrying Indah on the 5th of November, and will then marry Perawati three days later on the 8th of November. 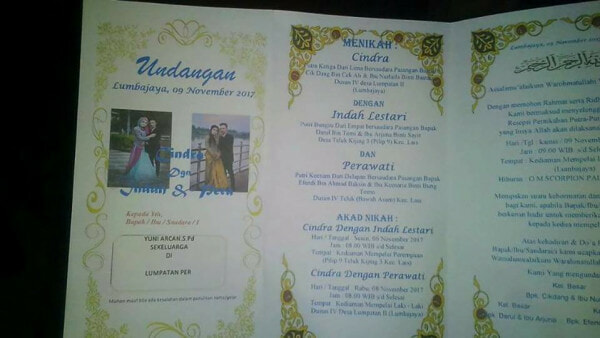 Then, a reception will be held on the 9th of November, where all three of them will celebrate their matrimony.

Weirdly enough, this isn’t the first time a wedding like this has taken place in this village! What?!

“In this village, there have been three occasions where a man was married to two women and held a reception together. The reason is that they love each other and it has been agreed upon from the beginning, before the wedding.”

Whatever it is, we’re sure this wedding will definitely be an interesting one to attend! 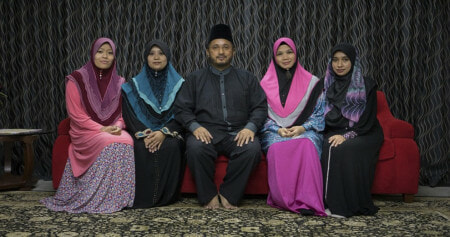