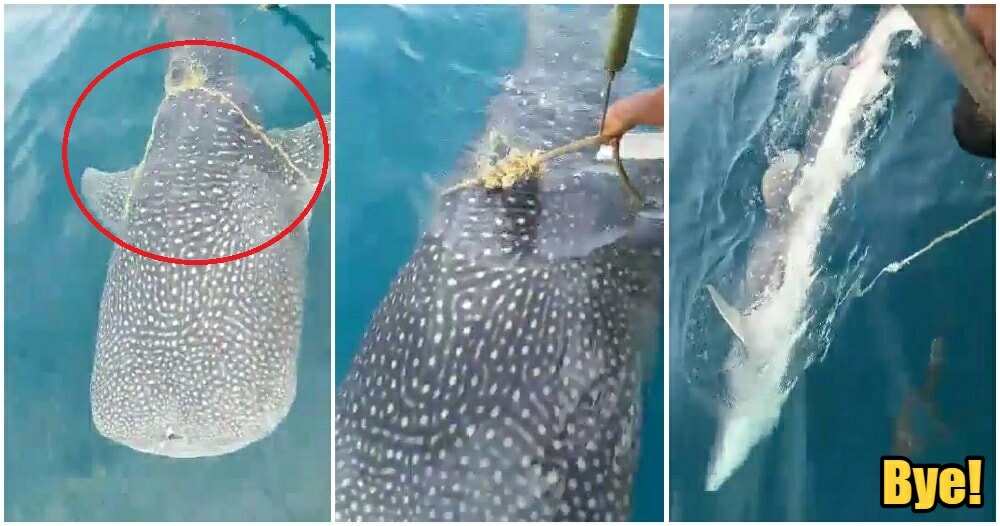 We have seen pods of dolphin swimming around near the island of Penang and throughout this whole year, we have also seen tons of wild animals coming out of their habitats and being spotted by humans. 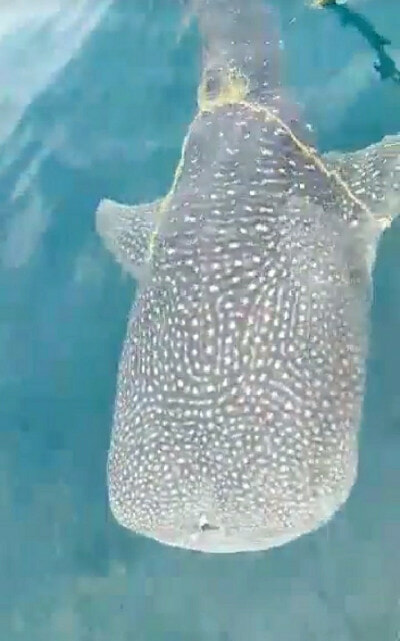 Just yesterday (1st December), a whale shark was spotted near the waters of Bintulu, Sarawak.

A video was taken of the majestic marine animal and it went viral with about 600+ shares and 1k+ reactions on the Malaysia Animal Association’s Facebook page.

The caption of the post says that the whale shark swam up to a fisherman’s boat and swam at the side of the boat for a while.

Curious, the fishermen then saw that there was a yellow rope around the whale shark! In an attempt to help it, they then took a pole with a hook and pulled it closer to the boat. The whale shark did not resist and seemed to completely trust them as it allowed itself to be pulled. 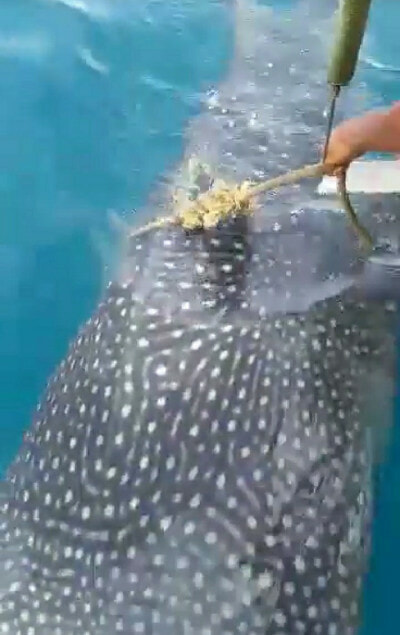 From the video, we hear that the rest of the people who were on the boat were searching for the right tools to cut the rope off from the whale shark and one of them tried to use scissors but was ultimately banned by someone else.

One of the men then found a cleaver and used it to cut off the rope from the whale shark. Just when it came off, the whale shark waved its fin towards the fishermen and splashed water with its tail as a token of appreciation. It then swam off with its sidekicks, the remora fishes.

In the most heartwarming way, the fishermen then waved goodbye to the whale shark and said that it looked really happy! Don’t worry, they took the rope out of the water so that other marine creatures won’t get caught or choke on it!

That is certainly a really heartwarming video but there is also an underlying worry as more and more garbage is showing up in the ocean and endangering the lives of marine creatures. To help make a difference for them, you can always try volunteering for beach clean-ups, support organisations working to protect the ocean and also use fewer plastic products. Change doesn’t come overnight but it starts with every one of us! 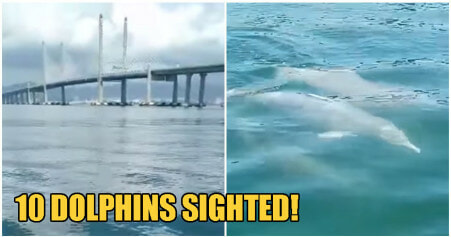