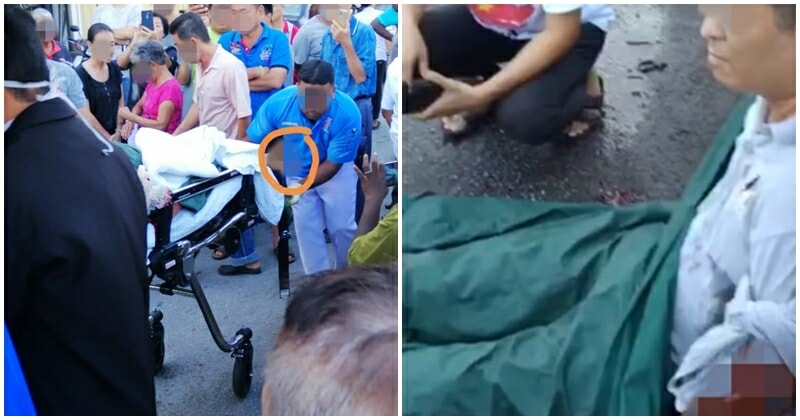 A viral video showed a man being attacked by a group of masked individuals at Chai Leng Park, Bukit Mertajam, and as a result, loses half a toe on his right foot.

According to Berita Harian, the victim was believed to be having breakfast when three individuals attacked him.

A total of three videos were spread via WhatsApp on Saturday evening – one believed to be a CCTV footage of the attack and two showed the individual suffering the aftermath of the attack.

According to the Seberang Prai Deputy Chief of Police Superintendent Mustafa Bidin, one of the three suspects brandished a sword is believed to be the one responsible for slashing the victim.

“The victim ran away about 45 meters from the original scene only to chased continuously by the group of culprits. The victim suffered slash wound on his right thigh, the right side of his stomach, a severed finger on his right hand and a fracture on his right leg.”

Mustafa added that all three attackers left the scene in a car whilst the victim was sent to the Seberang Jaya Hospital for treatment,

“The doctor informed that the victim is currently stable.”

According to the victim, he is unaware as to why he was attacked and said that he had no qualms with anybody.

Mustafa urged members of the public to come forth should they have any information with regards to the attack. The case will be investigated under Section 326 of the Penal Code – Voluntarily causing grievous hurt by dangerous weapons or means.

For those with information, let’s work together to bring the culprits to justice! 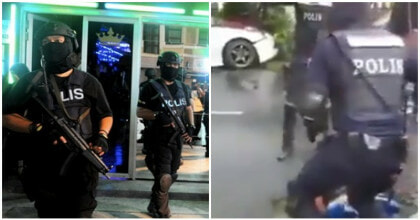