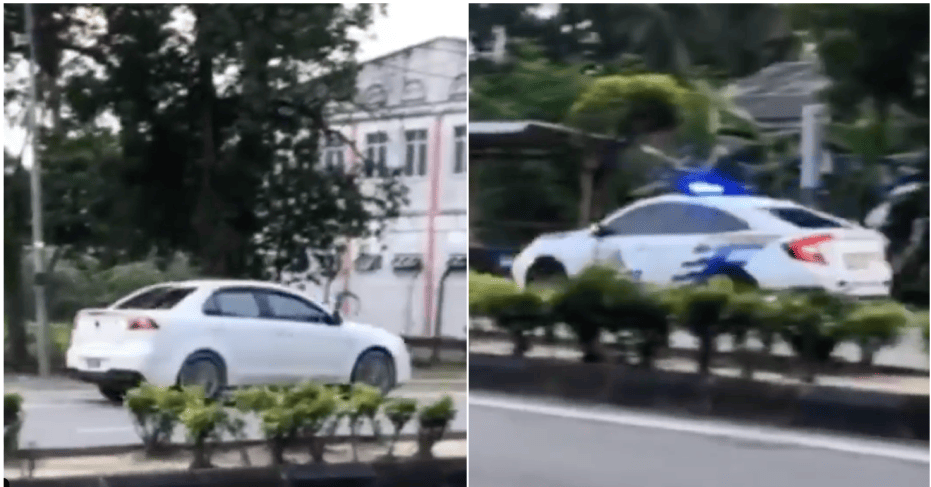 Road users were shocked by the action of a car repossession man who drove a Proton Inspira dangerously in reverse at Jalan Air Putih, Chukai, Terengganu.

As reported by Kosmo, in the incident that occurred at about 6.15 pm, the 31-year-old man did the dangerous act to avoid being arrested by the police patrol car that was chasing him. Kemaman District Police Chief, Superintendent Hanyan Ramlan said, before the incident, the police patrol car had come across a Proton Inspira car which was being driven suspiciously. He elaborated,

“As soon as the police officers introduced themselves, the suspect, who hails from Beserah, Pahang, refused to cooperate but instead accelerated his vehicle. He was then intercepted at Jalan Air Putih near the Kemaman Veterinary Services Department Office, but the driver of the Proton Inspira was determined to drive in reverse for about 50 meters before being arrested.”

Urine examination later found that the suspect was positive for Methamphetamine and is currently being investigated under Section 186 of the Penal Code, Section 307 and Section 427 of the same act. 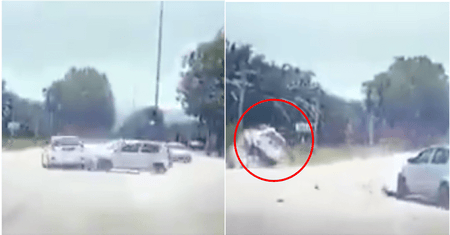