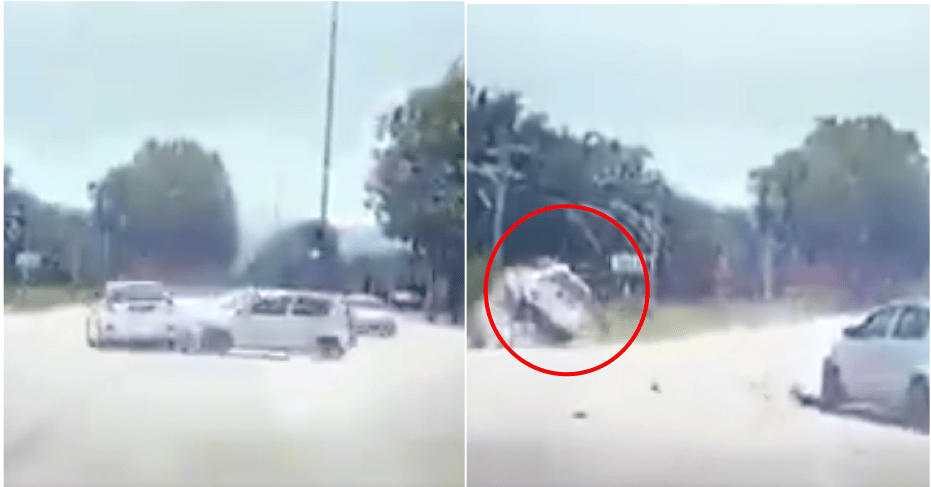 Another week, another Myvi accident. The only plausible explanation is that the Myvi is a very popular car among Malaysians. Hence the chance of a Myvi being involved in an accident is higher than any other vehicles. But that’s not an excuse for a certain Myvi drivers to drive like their father own’s the roads.

With that said, a video of a Myvi fitting into its stereotype was shared by @redzuanNewsMPB on Twitter showing the infamous car causing an accident at a traffic light intersection. In the video, it can be seen that the Myvi was making a U-turn even though the traffic light was showing red.

A Honda Jazz who was speeding as his traffic light was green, did not have enough time to steer away from the Myvi which led to their collision. The Jazz then continued skidding to the side of the road, hitting the curb and flipping over. As of now, we are unsure of the condition of the driver of the Honda Jazz.

As a Myvi driver myself, I know the stereotype that comes with it and I try my best not to fall into that category. For Myvi drivers or all drivers for that matter, do follow the traffic regulations to ensure that you don’t cause an accident. Do not take chances as your actions might cause someone to lose their lives. 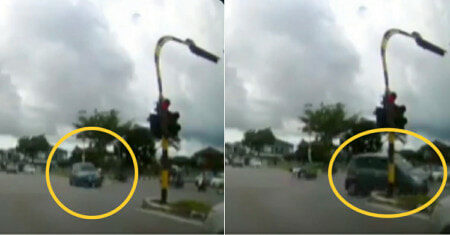