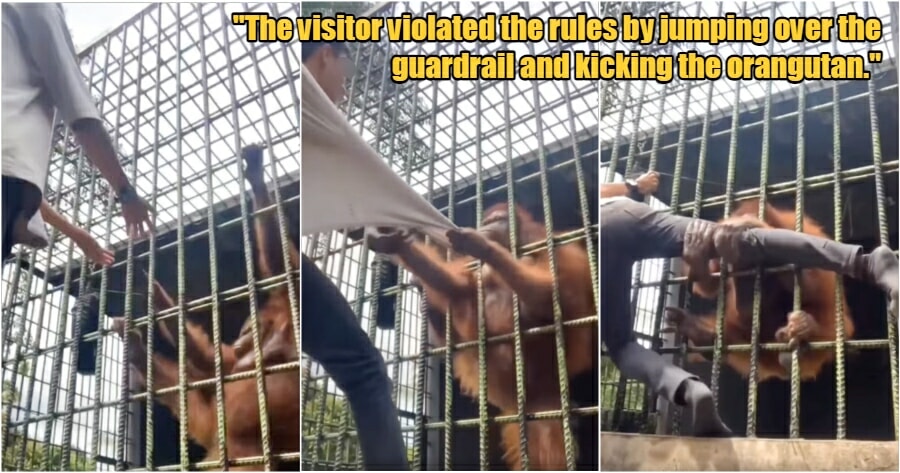 If you are on social media, you would have noticed a video going viral of a man who was attacked by an orangutan in a cage.

Though, in the orangutan’s defense, the man approached the wild animal like it was his pet cat, as showcased in the video.

The Roadside Zoo News Facebook page recently explained that the incident took place Kasang Kulim Zoo in Indonesia, where staff members believe that the man had kicked the orangutan prior to the incident. 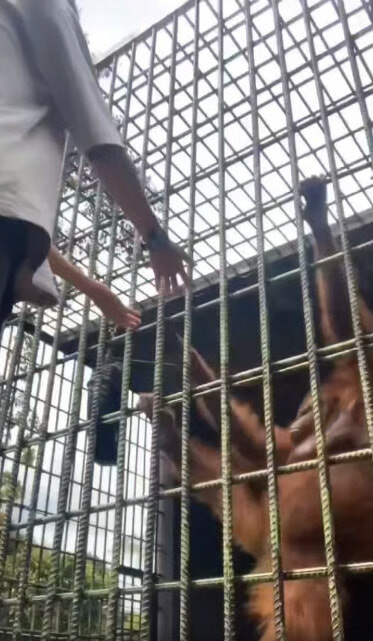 They wrote, “A video circulating on social media shows an orangutan latching on to a man who got too close to his or her enclosure. The video was taken at Kasang Kulim Zoo in Indonesia. The zoo said that the man may have kicked the orangutan before the incident occurred.”

Based on a report by Suara Riau, the visitor had also broken the zoo’s rules by jumping over the barrier that separates the orangutan’s cage from the patrons. 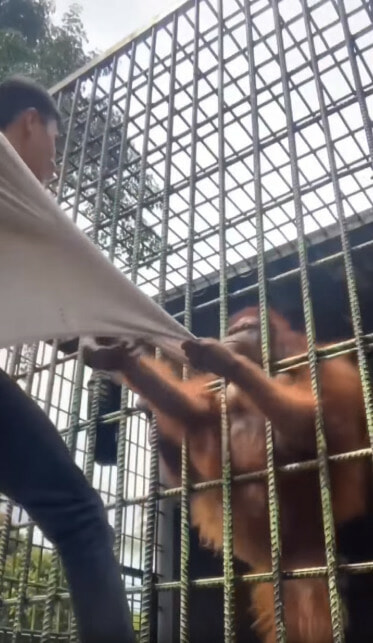 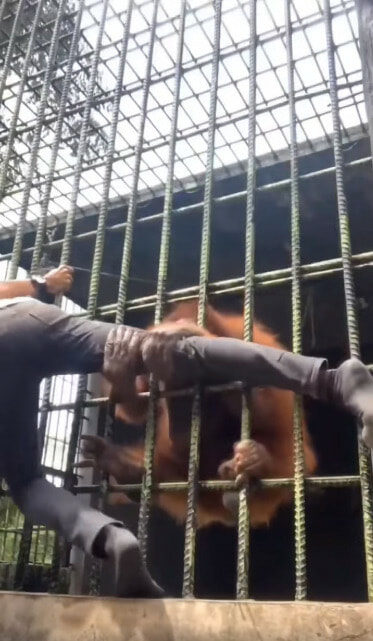 While the video ended with the orangutan still holding onto the visitor, a longer version of the video revealed that he managed to pull himself free and thankfully, neither him nor the orangutan was harmed. He has since apologised for his actions.

Here’s to this being a reminder to respect all animals.

Checkout the full video below:

What do you think about this? Is it well deserved? Let us know in the comments section.

Also read: From Turkey To Türkiye, Country Changes Name to Disassociate Themselves From Bird Type 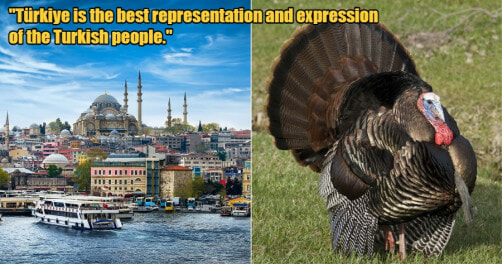