A mother’s sacrifice is indeed great and most of the time cannot be expressed in words. As we all know, a mother will always manage the house and all the needs of their children diligently. Even if they are feeling a bit tired, they will still try to do their best.

Through the sharing uploaded by a Twitter user, it can be seen that a mother takes on her responsibilities not only at home but anywhere if needed. Nesrin Shukorr shared a video of her mother sweeping the leaves at an R&R. According to Nesrin, initially, their car broke down on the highway and they had to wait for a tow truck at the R&R.

However, the tow truck took some time to reach them. As her mother is known to being unable to sit still, she immediately picked up the broom left by the cleaner there and started to sweep the leaves and garbage at the highway stop.

Kudos to aunty for being such a great example to everyone. Although it was not asked of her to sweep the area, aunty decided to do so without expecting anything in return. We need more people like you, aunty! 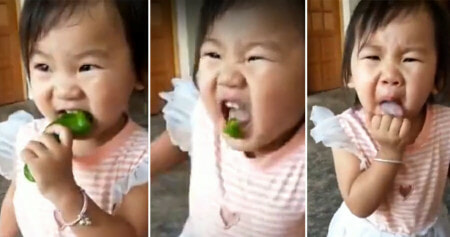