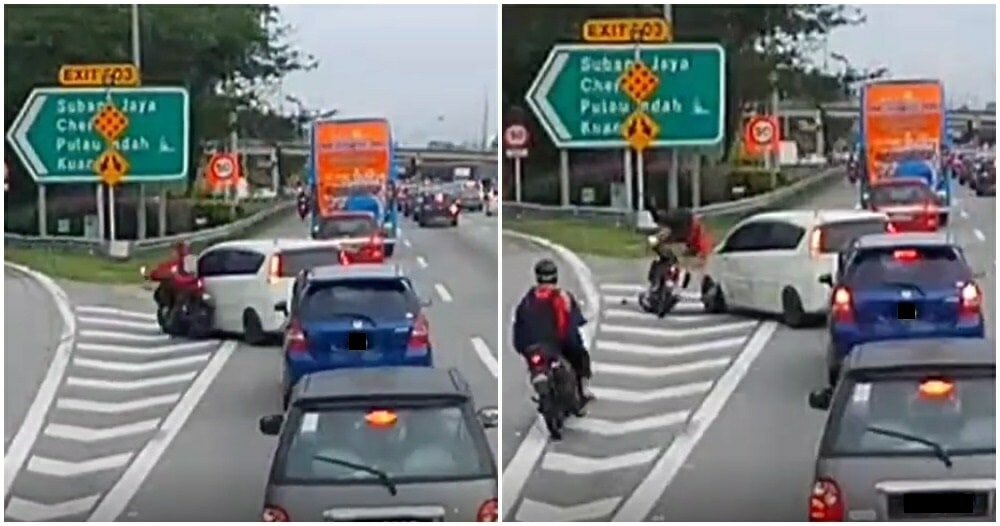 Some people out there really do drive like their father/ grandfather owns the road.

In a dashcam footage that went viral on social media platforms yesterday, a horrific incident was recorded. The incident was caused by the selfishness of a driver in a white Alza.

The video starts off and we can see a white Alza putting on their left signal. The blue car was kind enough to let them pass. Instead of going forward with the rest of the people, the Alza continued towards the left to Exit 603.

After a few moments, motorists stopped at the side and tried to help the victim. Netizens in the comments were appalled by the white Alza driver.

“If you missed the exit then just go on ahead and use another one.”

“This is normal, there are many other drivers who will just go ahead and change lanes without thinking of others.”

Many eagle-eyed netizens also spotted another accident that almost happened but fortunately, it was avoided because of the motorist’s quick reaction. Look at the right side of the screen, the motorcyclist in purple.

Road accidents are avoidable if everyone stays vigilant and respects one another when on the road. What do you think about this? Let us know in the comments.