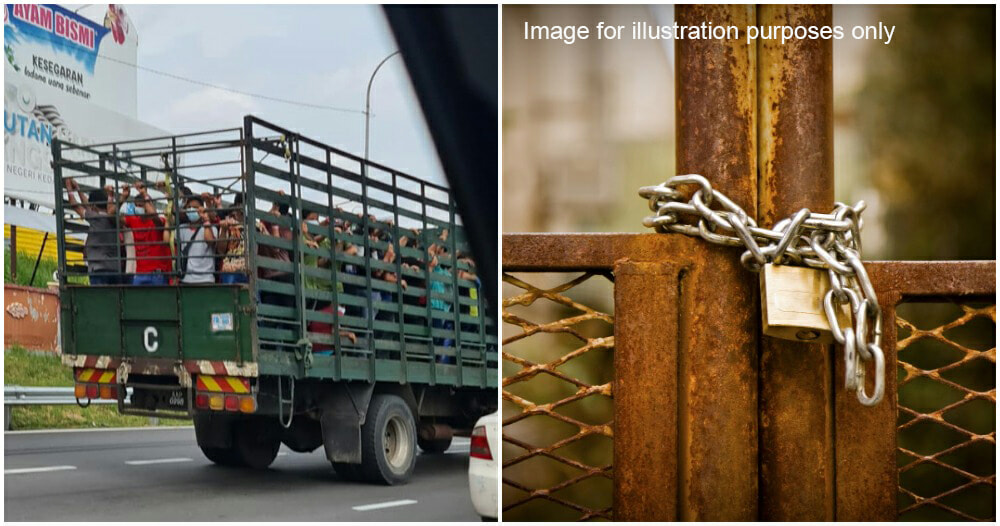 Hopefully, justice will be served!

On 14 June, netizens were enraged when images and videos of  Covid-19 positive foreign workers from a chicken processing factory were inhumanely transported in lorries went viral. Malaysians called out the heartless employer for treating his employees in such a manner. 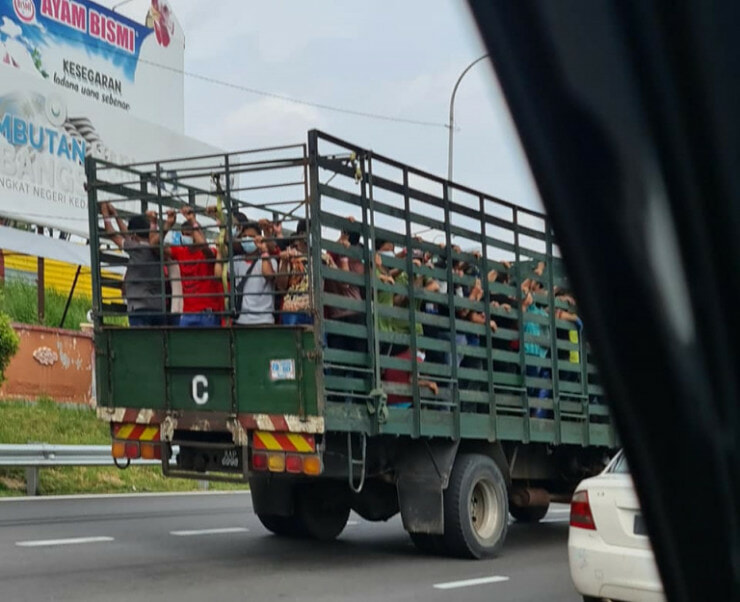 “We don’t just think of profit if we feel we want to help the employees.  If we want to send them to the hospital for example, you could have rented a bus.”

He also reminded employers to not treat their employees in such an inhumane way during an emergency. “You’ve got years of profit but when a situation arises, you resort to treating your employees like cattle,” he said.

A total of 48 workers who had just worn pink bracelets were found boarding a truck to return to their hostel. The lorry driver was issued a summon for an offence under Section 23 (2) of the Road Transport Act 1987 for using a driving vehicle license (LKM) for other purposes.

Let us know what you think of this issue! 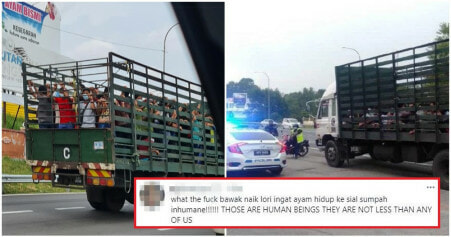