What happens when you team up a professional ‘roaster,’ who claimed the scalps of many Ang Mohs who fail to cook Asian favourites correctly, with a celebrated Chef, who is also known for his comic and loud character?

They cook up a storm, of course!

Taking to Facebook, here is a video of what happened when the two met.

The Tables Have Turned! Uncle Roger GETS Roasted By Celebrity Chef!

At Chef Wan’s restaurant in Kuala Lumpur, Uncle Roger was tasked to cook Lamb Shank Kerutup with Chef Wan keeping a close look at how he did.

He scored brownie points earlier in the video by identifying aromatics such as pandan, cinnamon, and star anise but failed to recognise cardamom, cloves and mistook galangal for ginger.

This hit the chef’s nerve.

“Galangal and ginger, you don’t know? How you want to be a chef?” 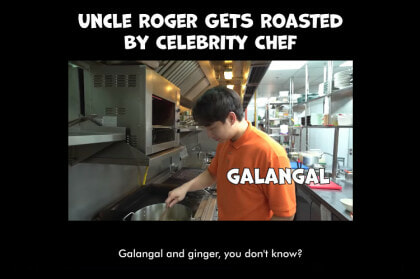 Uncle Roger was truly out of his element during his time at Chef Wan’s Kitchen.

When Uncle Roger began failing to answer questions that were asked, Chef Wan began his retort.

“Your hand must be very fast, just like your mouth.” 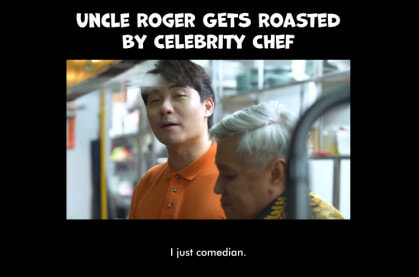 Uncle Roger responded by saying that he never wanted to be a chef but just a comedian instead. 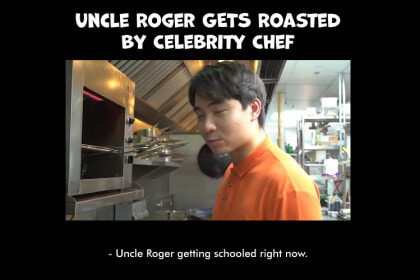 When all of the cooking was done, having tasted Chef Wan’s Lamb Shank Kerutup, Uncle Roger finally said:

“This is the only good thing you have in your restaurant.”

Such a picky eater la, this Uncle Roger. 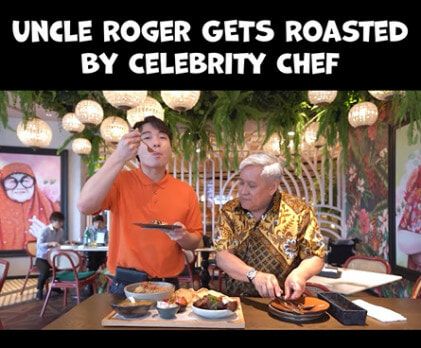 Despite all the jokes, the food really looked good, and thanks to Uncle Roger, we now know what to order the next time we go to Chef Wan’s restaurant! 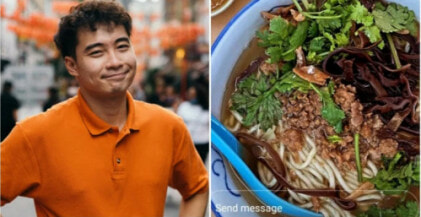