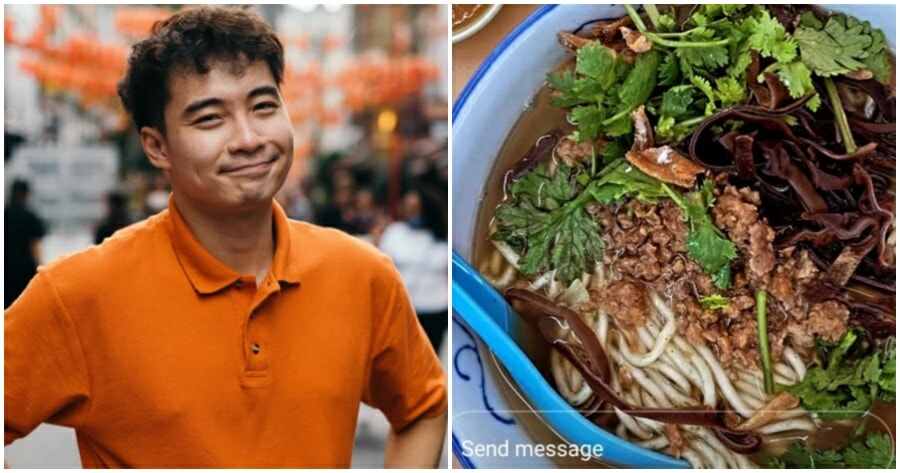 Known to many as Malaysia’s iconic food personality, Nigel Ng, better known as Uncle Roger, is popular for his hilarious commentaries and reviews on culinary tutorials. Sadly, after a brief return to Malaysian waters, the comedic chef has made his way back to London. But of course, not without a special last meal! 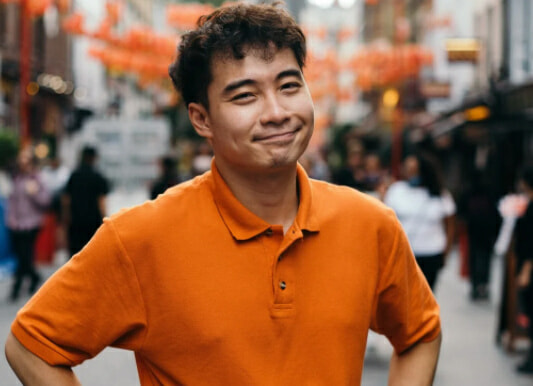 Uncle Roger took to his Instagram story on 2 March to share his final meal in Malaysia and it certainly did not disappoint.

“Last meal here! Can’t get enough of these noodles with coriander in them,” captioned his story which showcased a mouth-watering bowl of pan mee. 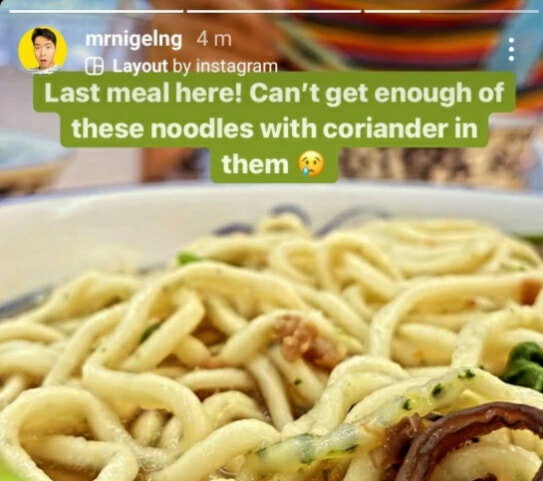 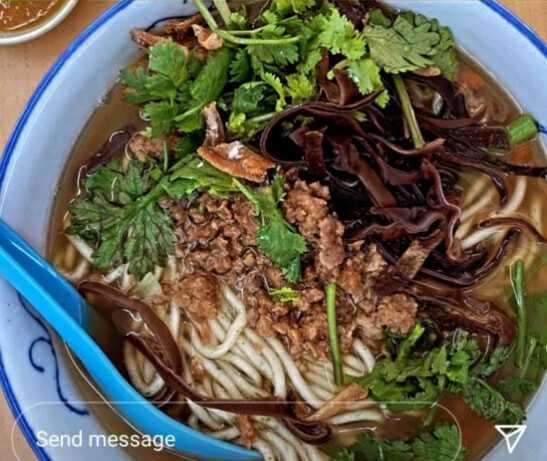 Soon enough, Uncle Roger received an influx of messages from local fans and followers demanding where they could find these amazing noodles themselves. He then posted another story to feature the humble pan mee shop known as, “Mye Mye Pan Mee” in Kajang. 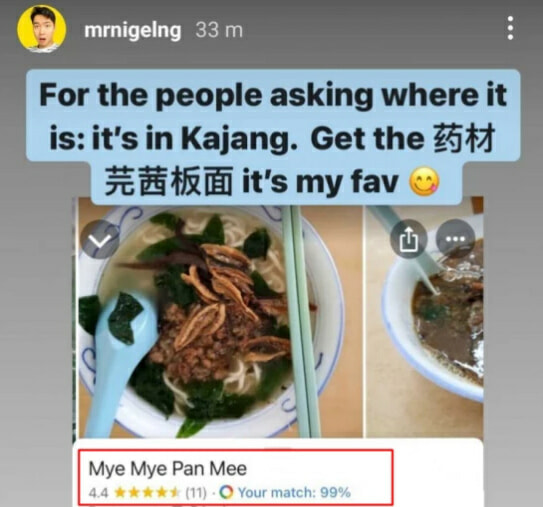 “For the people asking where it is: it’s in Kajang. Get the Herbal Coriander Pan Mee. It’s my fav.”

We’re drooling just looking at it! If you’d like to visit this pan mee shop and try it for yourself, just follow the address below:

It must be pretty good to be highly recommended by Uncle Roger himself. What do you guys think? Will you visit and get yourself a bowl?

Also read: “He was a brilliant kid” M’sian Kindergarten Teacher Realises Uncle Roger Used To Be Her Student 20yrs Ago! 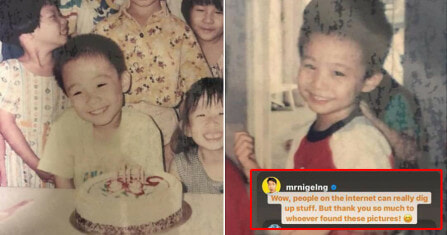