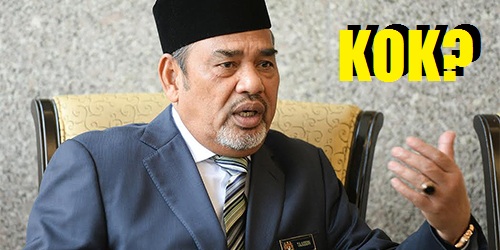 The kind of mangkuks we have in our Cabinet does not surprise me anymore.

Dato’ Haji Tajuddin Abdul Rahman is the Member of Parliament (MP) of Malaysia for the constituency of Pasir Salak, Perak. He is also a member of the United Malays National Organisation (UMNO).

Not only that, he is also the Deputy Minister Of Agriculture and Agro-based Industry. One may then assume that he would be a smart, tactful politician, no? Ok maybe not. 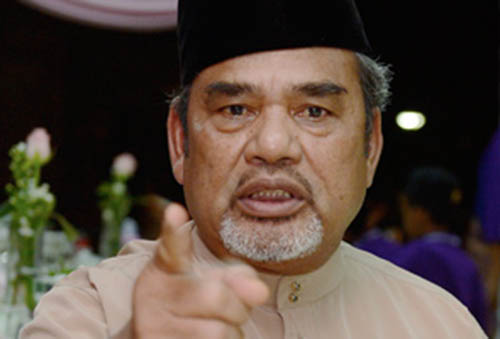 Our Pasir Salak MP here could not be any more crass. Recently in a parliamentary session discussing the Bersih 5 rally, he was quoted saying this presumably towards Seputeh MP (DAP), Teresa Kok.

“Why is Seputeh going ‘kekekeke’? The only woman with a ‘Kok’ is in Seputeh”

After an awkward pause as the other ministers processed what he said, the entire parliament erupted as opposition members cried out against his lewd remarks. 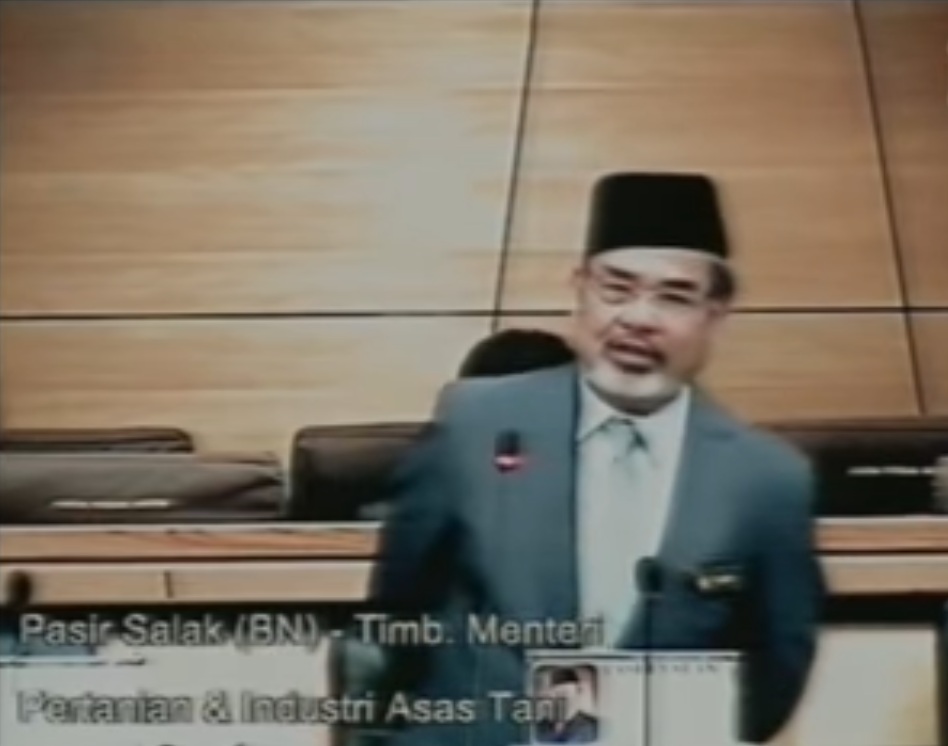 DAP members can be heard calling for Tajuddin to retract his statements, calling for an “un-parliamentary vote”, some even saying “this is bloody uncalled for”.

An ethnic Malay MP, probably from the opposition, even scolded him outright, criticising him as a Malay to act to disgracefully. But shamelessly, he just stood by gleefully smiling.

The house speaker who moderates the session then defended Tajuddin, saying he was just “referring to her name”, but this did not sit well with the opposition, not one bit.

“[Even if he was] referring to the name, respected speaker, WE KNOW EXACTLY WHAT HE MEANS! Ask him to retract his statements.” 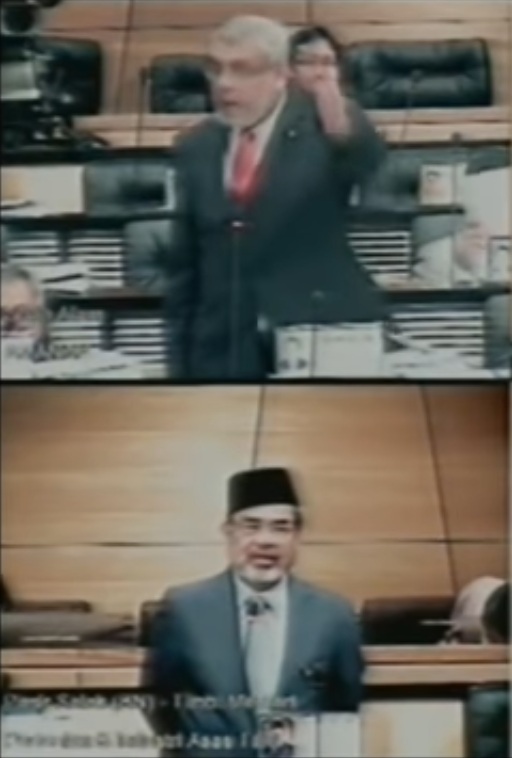 The opposition then erupted into furor, calling for the house speaker to be more impartial as he allows such remarks from the ruling party to slide but is stringent on similar remarks from the Opposition.

That remark clearly angered Tajuddin, who called Khalid “kurang ajar” (no manners) and challenged him to settle the issue of him using the word “sial” in parliament face-to-face. 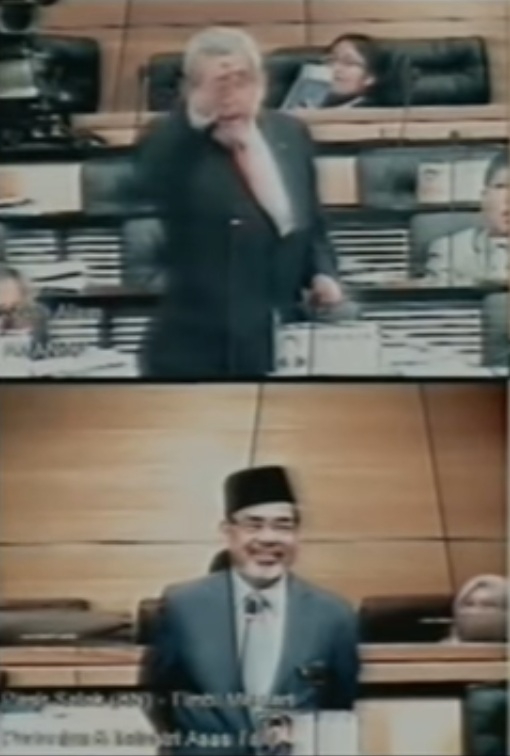 Looking at this, many netizens lambasted the state of politics in Malaysia. How could our elected officials behave so childishly in parliament of all places?

“Tajudin, you should and must apologize to Teresa and all her family because Kok is family name. You are embarrassing the Malays. How can you expect others to respect Malay while you are so rude? Yes you are rude!!!”

“Is there a need for that in Parliament? They should be more mature especially when they are entrusted to manage our country and not behave like a kid. Or maybe when a person grows old, they revert back to a child like state.”

Watch the full video by KiniTV here; but be warned, it is mildly cancerous;