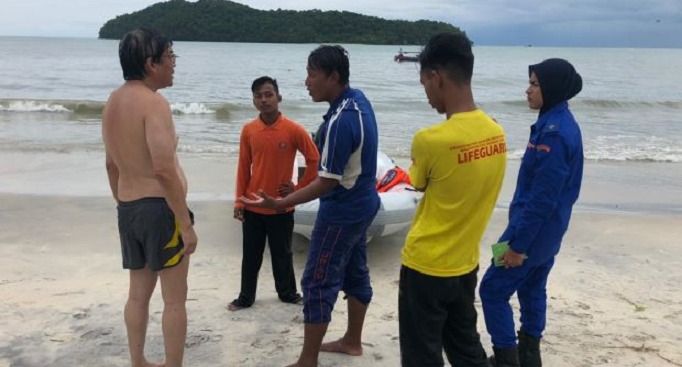 This is honestly heartbreaking…

An Arabian family was on vacation at a resort in Langkawi recently, and had gone to Pantai Cenang on Sunday (23 June) to have some fun. The father, Husain Musaad Alawfi, 51, was sitting on the beach with his wife while his sons, Abdul Rahman, 13, and Yasir Hussain, 21, were in the water.

Suddenly, a rip tide came out of nowhere and sucked the two boys further out to sea, at which point Husain immediately jumped into the water to save them, reported NST.

This whole scene was witnessed by a 60-year-old former marine biologist and trained rescue driver, Ung Eng Huan, who so happened to be at the same beach for a photoshoot with a model when he heard screams for help in Arabic.

“The boys were within the safety zone, which is around 20m from the shore and did not look like they were putting themselves in danger,” Ung said. 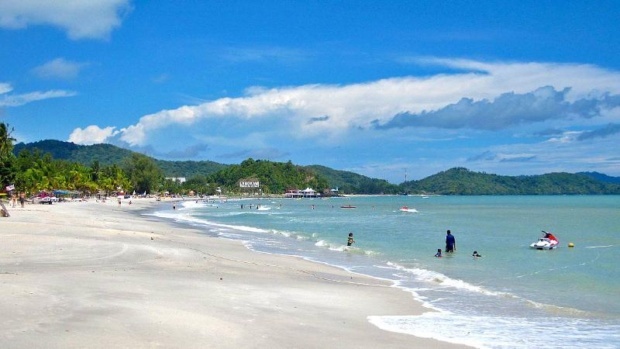 “I knew I had to help the family so I took off my t-shirt and glasses and jumped in too… By that time the undertow of the rip tide had dragged all three to about 40m from the beach.”

Ung, who has over 500 dives experience, said that the sea was extremely rough at that time with gigantic waves pounding down on them. He said that he had to use all his strength to swim towards the family.

“I managed to reach the father and son who were clinging on to a small wood to stay afloat. They were in distress and crying out in Arabic to each other. The other boy was nowhere to be seen,” he said.

After much struggle and being tossed around by the water, Husain finally spoke to Ung in English and pleaded for him to save his son. 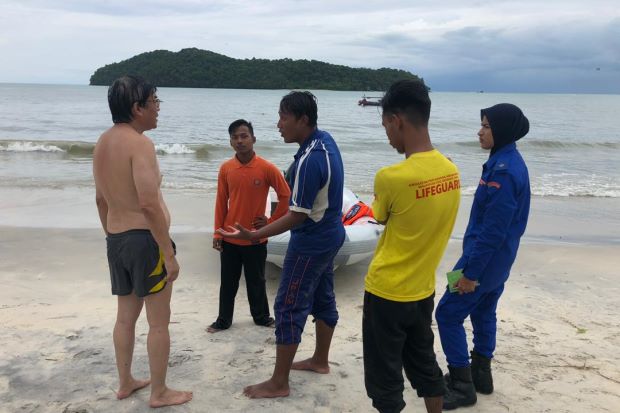 “He said please save my son. As a trained rescue diver, I knew I could only focus on one rescue at a time as a double rescue of two persons in utter panic is too dangerous for all. So I grabbed the boy and swam towards some rocks,” Ung said.

Ung narrated that he could only watch Husain drift away through the wild waters as he dragged the son to safety.

“I could not swim back, as the sea was very rough and I was against the current,” Ung said, adding that there were several cuts on both his hands and feet.

“I left the plank for the father, hoping that he could hang onto it.”

“His last words were please save my son,” he said, adding that the father was no longer in sight but his voice seemed to be yelling some words of comfort to his crying son. 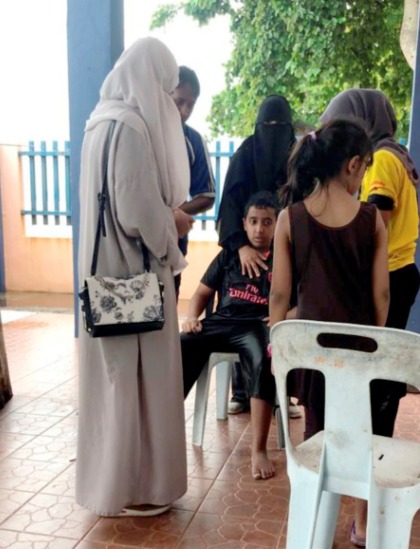 Once they managed to reach the rocks, the boy kept yelling for his father as Ung tried to calm him down.

Moments later, the Civil Defence force arrived and brought them back to the beach by boat. They were then informed that the boy’s older brother was also rescued. Unfortunately, Husain was nowhere to be found but his dead body was brought in about three hours after he was last seen at 3pm.

On Monday (24 June), the family left Malaysia. Meanwhile, the Saudi Arabia embassy has made arrangements to transport Husain’s body back to his home country.

What an unfortunate thing to happen to this family who just wanted to have a nice vacation in Langkawi. Hopefully they will be able to recover well from this tragedy and that accidents like this wouldn’t happen to anyone else in the future.

Also, R.I.P. to the loving father who had put his sons first </3 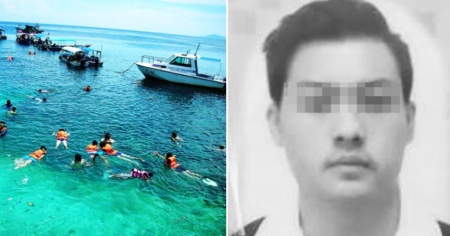