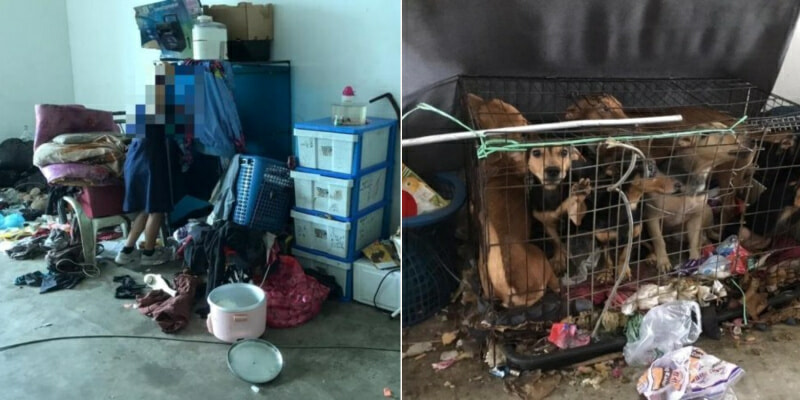 Despite enduring hardships unlike others, there are unfortunate people in the world who would rather help others than themselves.

For instance, three young siblings in Batu 6, Kuantan, have taken in 13 street dogs and an assortment of other animals since last year, despite the fact that they barely have enough to eat themselves and the fact that they have to sleep on the dirty floor.

As according to Bernama, three sisters, aged 12, 10 and nine, who stay on the upper floor of a business establishment at Jalan Gambang, live among mounds of rubbish and the waste of 13 dogs, a civet, a softshell turtle, birds and fishes, as they do not have rooms. 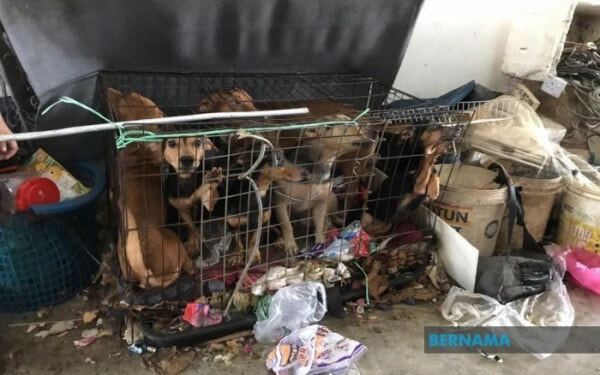 The Parents and Teachers Association of the Sekolah Jenis Kebangsaan (C) Taman Tas and the Pahang Social Welfare Department recently visited the siblings and were shocked at their living conditions.

They were apparently ‘greeted’ with piles of rubbish consisting of food containers, plastic bottles and others random items and said that it took 10 minutes for the siblings to get all their dogs into cages. They said that the entire placed also smelled.

Their family is cared for by their uncle, who is a welder in Air Putih, for the past three years, as their mother is working in either Singapore or Johor, and their father only returns on the weekends after his work in a forest in Rompin.

It is said that the father would give each of his children RM50 for their daily expenditure while their uncle would give the eldest sister RM60 to buy groceries.

“The eldest sister told us that they’ll eat instant noodles or bread after coming home from school, while waiting for their uncle to return home with food. If there is groceries at home, she’ll prepare a simple meal,” said the school representative.

They also added that the children are very behind on their education as they’ve missed a lot of their classes. 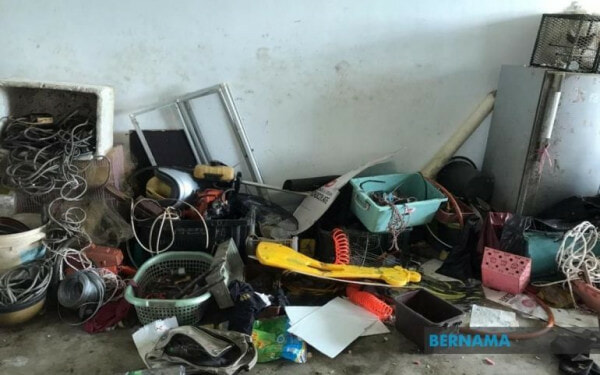 “Their school uniforms are also dirty, not ironed and are torn. The school authorities have tried to help by giving them priority to receive assistance such as uniforms from non-governmental organisation, in addition to complimentary food. Some teachers donated mattresses and pillows when they saw the condition of their house. We have several times called their guardian to discuss the situation of these children, but the effort failed because their uncle was not present,” they added.

The school authorities suggestion to put the three children in a childcare home initially failed as the siblings refused to be separated from their uncle, but the uncle has agreed to a temporary placement while he either tries to clean up their house or look for other living arrangements.

It’s truly sad that the kids lived in such a situation and we genuinely hope that they get the help that they need to get their educations back on track, but we also want to commend their kindness towards the strays as they’re happy and willing to house the animals despite their own misfortune.

Such selflessness is rare. 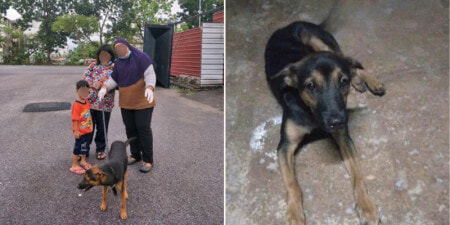