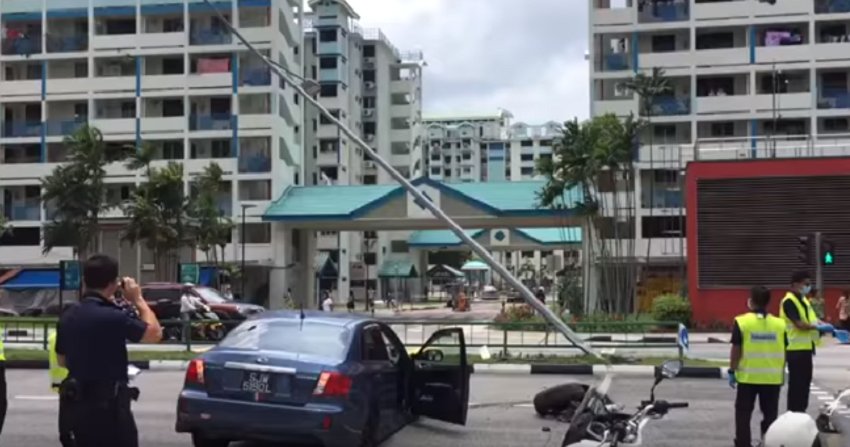 Sneezing and driving can be dangerous. Don’t believe us? Well, you just might after reading this latest news.

The Star reported that a 66-year-old Singaporean man recently lost control of his car while sneezing. The sneeze must have been a huge one because he crashed his blue Subaru Impreza into a road divider along Lorong 1 Toa Payoh, near Bradell MRT station today (19 April 2018) at around 12.40pm. Yikes!

According to reports, the unfortunate accident happened when retiree Abdul Rahman Hassan was on his way to fetch his three-year-old granddaughter from her kindergarten in Upper Thomson Road.

Here’s a video clip of the tragic accident that transpired:

As shown in the video, the crash had caused the lamp post in the area to move out of place while his car’s debris were scattered all over the road. That must have been quite a crash!

“I had a loud sneeze and then I realised I hit the divider and lamp post. I was not scared. Accidents can happen.”

“Anyway my car will need to be scrapped next year. If I can’t repair it I will just scrap it,” said Rahman.

That’s an awfully chilled attitude for a man who had just crashed his Subaru! 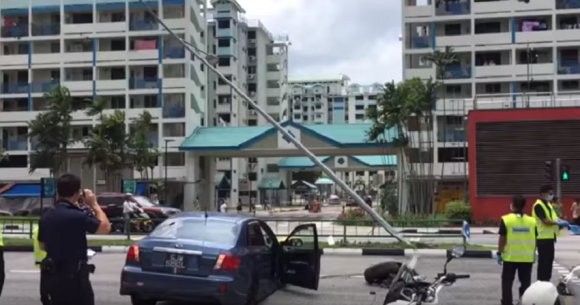 Meanwhile, an eyewitness claimed that the crash was actually very scary that it made him afraid.

“It was so scary when I heard the crash. My heart stopped. But luckily the uncle is okay,” said Muhammad Hafiz Khamzah, 21, who was making a U-turn on the same road.

Thankfully, Rahman didn’t injure himself in the accident.

Let this be a lesson to everyone to not take our eyes off the road, even if it’s just to sneeze. We’re not telling you to leave your eyes open while you sneeze tho! Instead, under any circumstances, if you feel like your attention on the road is going to be disrupted by something as simple as a sneeze, remember to pull over and get yourself back into a comfortable and alert state before you hit the road again.