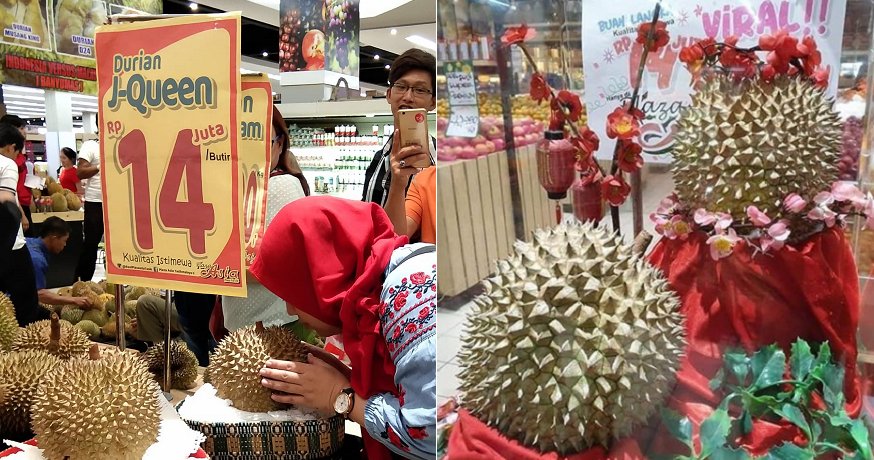 Malaysia is known for being a country that really loves their durians. However, even for locals, durians like Musang King can be quite expensive as it’s priced around RM50 per kilogram.

But if you think Malaysian’s durians are expensive, wait until you read about this durian in Indonesia that costs more than RM4,000. 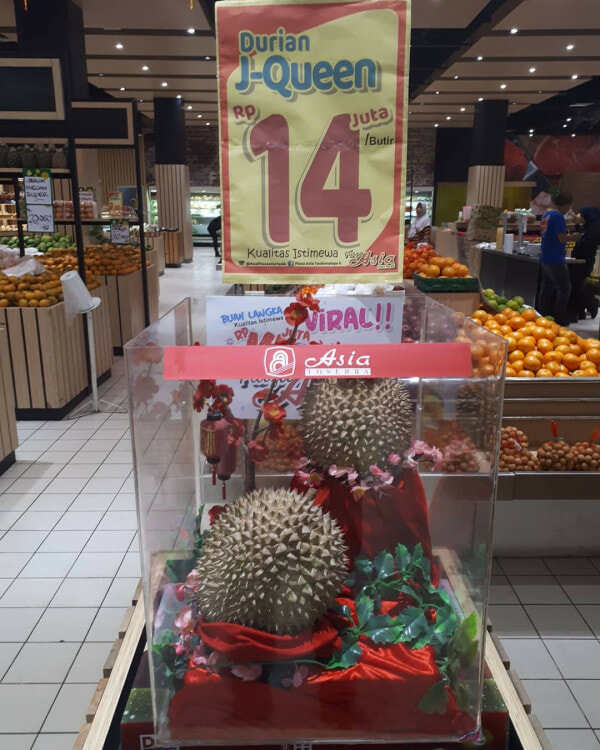 According to Tribun News, the durian known as J-Queen is priced at Rp 14 million per fruit (approximately RM4,000) and is sold at Plaza Asia, Tasikmalaya. On the first day of their sales (Jan 26), they only showcased two out the four J-Queen durians that they were planning to sell. Both durians were sold on the day itself. 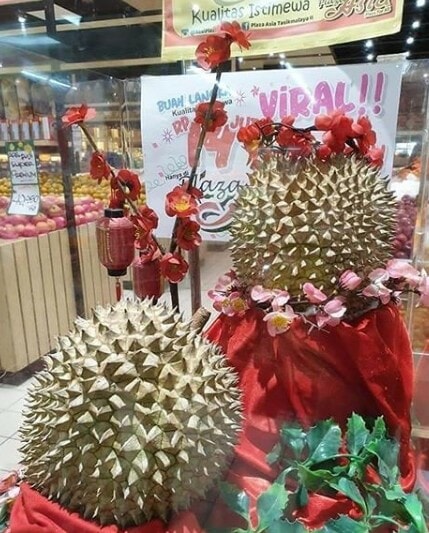 J-Queen durian was founded by a 32-year-old Indonesian, Aka. Aka’s goal was to make a high-quality species of durian in order to display Indonesian’s love for the fruit. The J-Queen durian is said to be so tasty because the delicious golden meat manages to achieve a perfect balance of bitter and sweet. The flesh is also said to taste nutty and buttery while the fruit and seeds are in a rather round shape. Besides that, Aka also mentioned that 95% of the durian pulps are seedless. Coconuts have also reported that it is only harvested once every three years and there is only one J-Queen tree in existence! 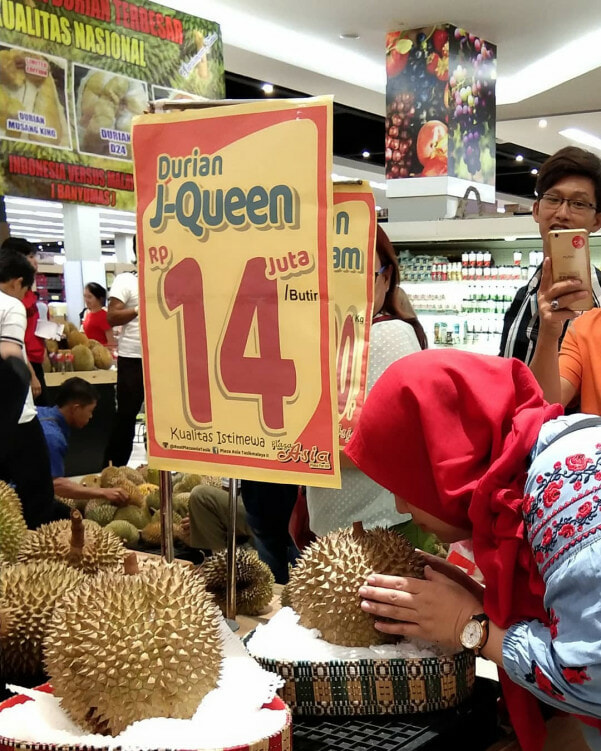 “If you’re going overseas, a friendship can be developed with other farmers who have prestigious species of durians too. Countries like Malaysia and Thailand have shown great interest in the J-Queen durians. If you want to know more, check out my Instagram page,” Aka mentioned.

Do you guys know any other insanely expensive fruits out there? Let us know in the comments! 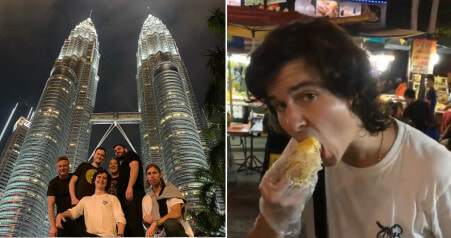