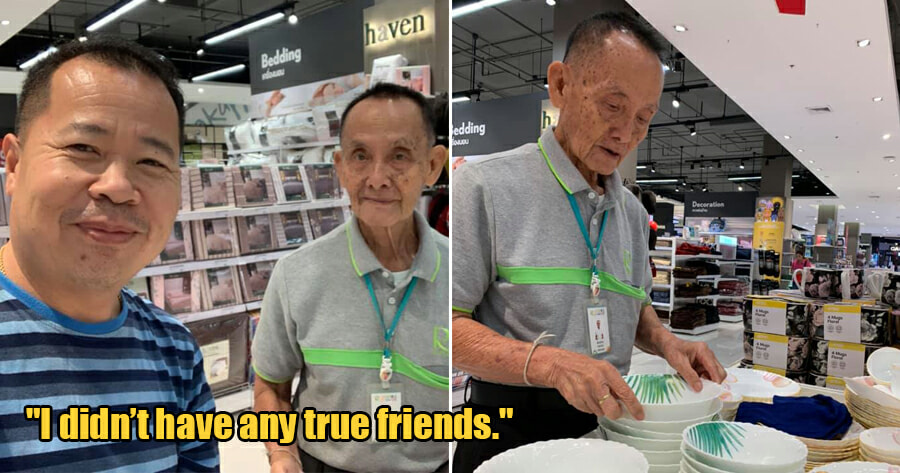 Letting retired and elderly people take up small jobs has become quite a common thing in Thailand due to its ageing population. This helps to boost the self-esteem in elders who are still valuable members of our society.

Palakorn Tesnam from Thailand shared on Facebook about his encounter with an 81-year-old grandpa who works as a sales assistant in a shopping mall.

While he was shopping, Palakorn was approached by Uncle Pracha, who asked him if he needed any shopping carts and a conversation ensued from there.

Palakorn asked Uncle Pracha why he was working at the mall at his age, to which Uncle Pracha replied that he still needs to put food on the table. 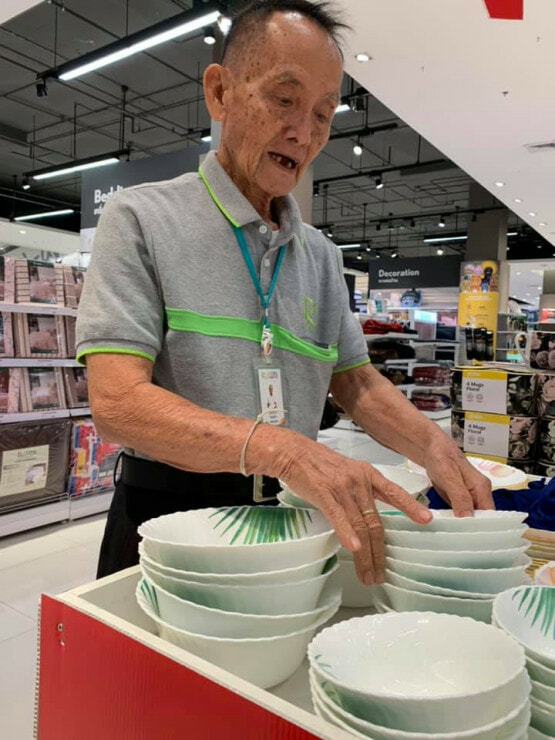 “Because I’m still hungry, so I can’t stop working. Every second is money. It’s really good that the manager lets me work here,” Uncle Pracha said.

Palakorn then found out that Uncle Pracha used to be a CEO of a business that had over 200 workers under his management, which eventually closed down.

Uncle Pracha shared that even though he was the CEO of a business, he didn’t have any real friends.

“I didn’t have any true friends.”

“No one gave me a hand when I was in trouble, so I had to do everything by myself,” he said, adding that he is now doing his best at his current job as a sales assistant, which keeps him happy. 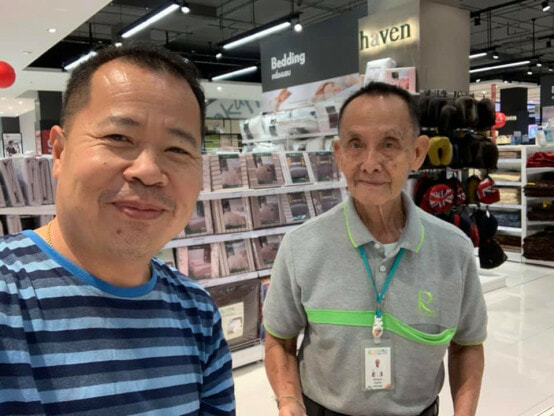 As Palakorn was about to leave, Uncle Pracha gave him a bit of advice.

“Don’t drink too much, don’t smoke, and don’t drink those soft drinks too much,” Uncle Pracha told him.

“But most importantly – don’t be too serious. It’s not good for your health.”

The story touched netizens, many of whom praised Uncle Pracha for his positive thinking and were inspired by how strong he is despite his age.

Wow! Uncle Pracha is such an inspiring example to follow. We only hope for good things to come his way.

Also read: 50yo Mentally Disabled Man Takes Care of 90yo Mother on His Own As He Says It’s His Duty 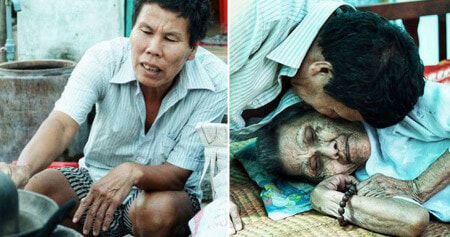