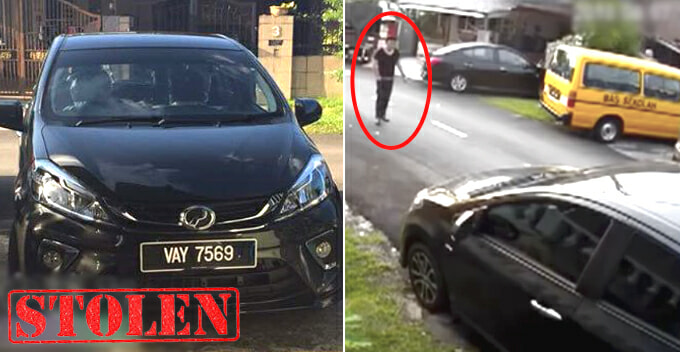 Perodua Myvi has been our nation’s favourite car for over a decade and even more so after the latest generation was released. If you own one, you should take note of this and beef up the security in your car.

On 7 April, a two-month-old Perodua Myvi was shockingly stolen in 30 seconds, and the thief didn’t even use any tool to break in, except an electronic device. The incident happened at a residential area in Ampang Jaya, Selangor. 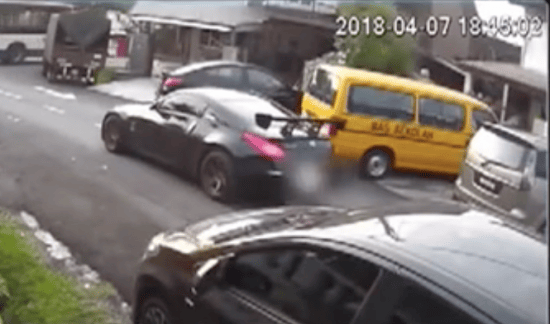 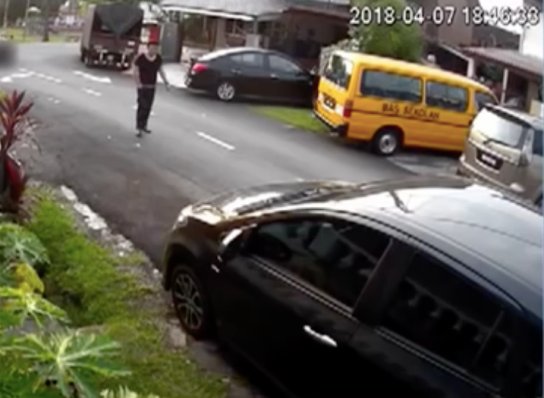 According to China Press, the 24-year-old Myvi owner named Pang, is a freelancer and she had parked her car right in front of her house after coming home from work.

She then went out again after that without driving her car and came home at 10pm. By that time, the car was already gone. She immediately checked the CCTV footage and confirmed that her car bearing the number plate ‘VAY 7569’ was stolen by a guy. 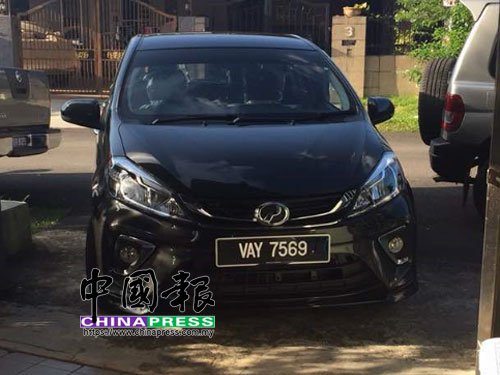 Based on the video, the thief was dropped off by a Nissan Fairlady at the junction sometime around 6.45pm. He then casually walked to the Myvi and opened the car door as if he owned it. The car was properly locked by Pang before she left the house.

The car was then driven away in just 30 seconds! Here’s the video.

Pang had lodged a police report and it was believed that the thief used some sort of electronic device to unlock the car without triggering the alarm.

Pang and her brother also took it to Facebook to ask for netizens’ help to locate the car. Many Facebook users were shocked because of how effortless the stealthy thief looked when stealing the car.

“He didn’t even trigger the alarm! What’s the point of locking my car anymore?” a netizen said.

“If the police don’t find the car soon enough, the Myvi is going to be taken apart at the chop shop,” another netizen commented.

Do you guys have any tips in deterring such incidents? If you do, do share it with us in the comment section! Also, we sure hope the Myvi could be recovered with everything intact, considering it’s just two months old!

Also read: Malaysian Man Reveals Myvi Weaknesses and Why It Shouldn’t be Modified 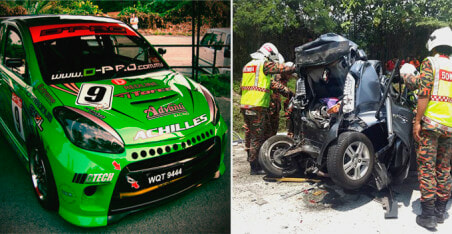