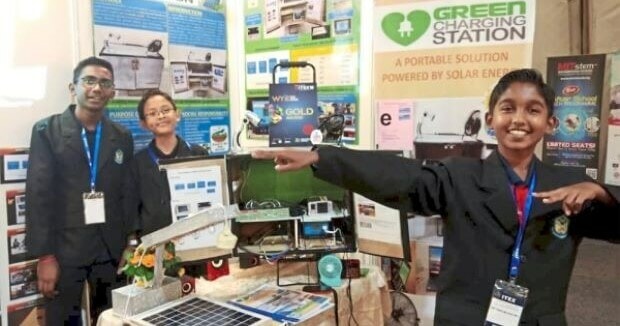 Many youngsters all around the world have come up with some pretty crazy inventions over the years, and it’s mind-boggling how creative they can be with the few resources that they have. Now, it looks like we also have our very own young geniuses who I can say are pretty darn smart!

Three Malaysian boys started a project together and invented a Green Charging Station that operates on solar energy – a project which took a total of two months to complete. They were inspired to do this because they wanted to help their fellow students living in rural homes to have access to electricity so that they could study at night. So thoughtful!

At only 14 years old, S. Dhivyesh Kumar, N. Kirthigaraj and Muhammad Arif Farhan Halizan of SMK Taman Mutiara Rini 2, managed to successfully create a charging station that is operated by a 10-watt solar panel which can produce up to 23V of energy, according to The Star.

“We wanted to find a way to make electricity available to everyone, especially students in rural areas, and we want to do so in a way that is environmentally friendly,” said Dhivyesh. 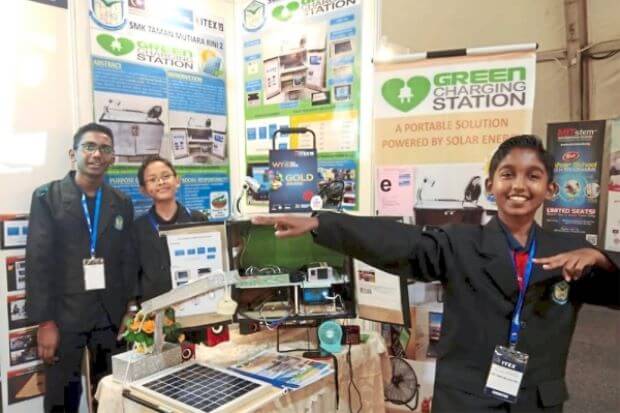 What’s even better is that their brilliant invention won them a gold medal at the World Young Inventors Exhibition (WYIE) in the environment category, overtaking 78 other inventions from nations like Saudi Arabia, Indonesia, Qatar and Australia.

Dhivyesh said that they hope this invention will be helpful to campers who need a source of energy when they are out in the woods, and explained that the charging station contains an energy inverter, solar charge regulator, USB ports and a rechargeable lead-acid battery to store energy so that the station can also be used when there is no sunlight.

“We have attached a small fan and a table lamp on top of the station that could be used as a portable study table for students,” he said, adding that the outer frame of the charging station is made of recycled wood.

Being only students, Dhivyesh added that he and his two friends could only meet on weekends at either his house or at school to work on their project.

“We started working on the project in early February. Our parents were very supportive. They tried to help us as much as they could. They forked out the money to buy all the items we needed to run the station,” he said.

He also said that the cost of the materials used to make the device amounted up to about RM200. That’s pretty affordable for such a complex invention!

Their teacher, N. Dubashini, said that besides being extremely proud of her students, she was impressed with their commitment and hard work and noted that the confidence they showed while presenting to the judges was impressive.

Congrats to our very own Malaysian geniuses! I’m sure as time goes by, they will invent even more amazing things than this!

Also read: These 3 Kids Below 12yo Will Be Representing M’sia in International Beyblade Competition 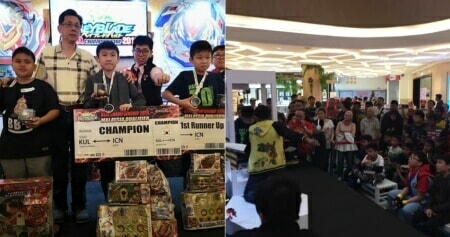