They say brains are sexy but we never thought that someone would actually think of something like this! If you’re someone who loves big brains and cannot lie, well, then you may be the target market for this product. A new masturbatory aid that was recently launched by Tama Toys has been circulating on Japanese Twitter and we are certainly baffled by it. 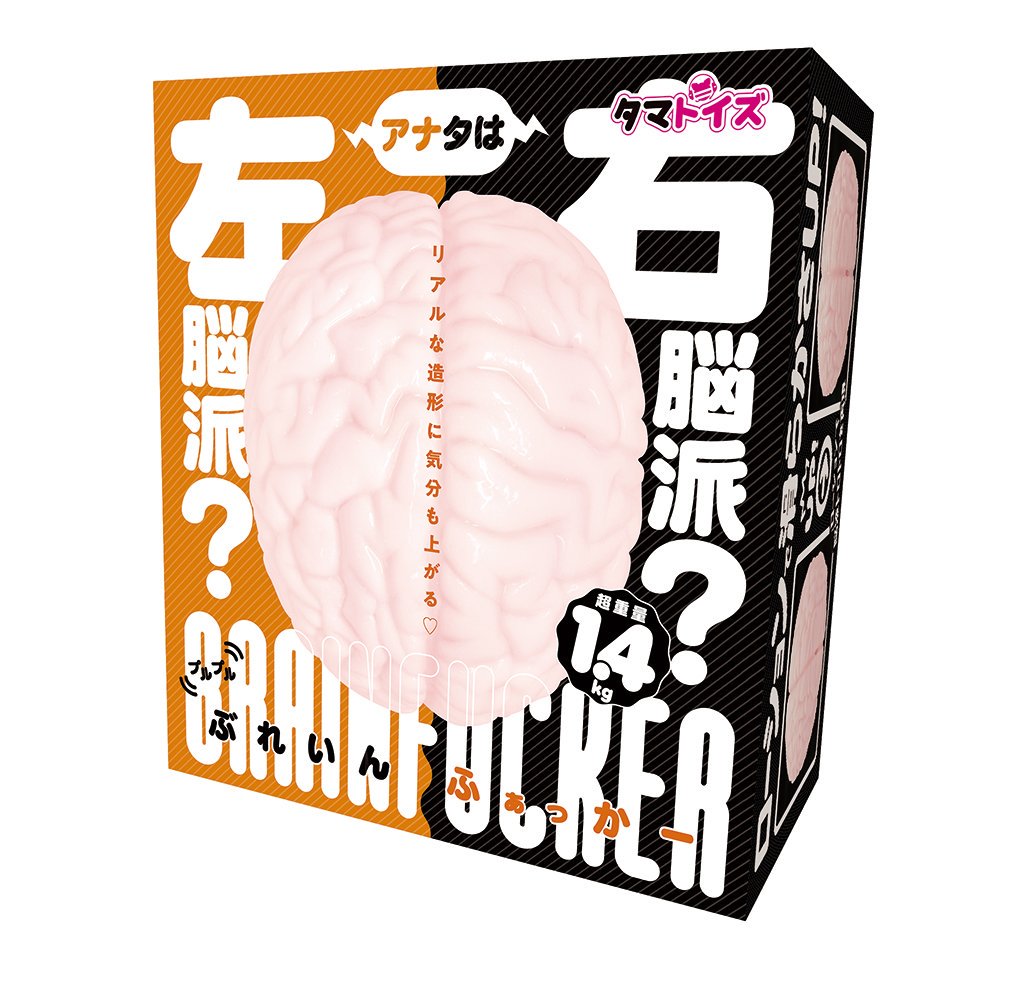 According to SoraNews24, the sex toy, aptly named “Brainfu*ker”, is exactly for what its name sounds like. It is a huge toy that looks and probably feels like a brain and no, it doesn’t actually fu*k with your brain seeing as it isn’t a puzzle or involves solving anything. Instead, the soft and squidgy toy appears to have a hole at the base of the brain, right in the middle of the toy. No prizes for guessing what the hole is for!

So, it looks like the name of the toy is actually describing the product’s user and not the toy itself as the hole is located there for insertion. The hefty toy weighs 1.4kg, which is actually supposed to mimic the average weight of an actual human brain.

The sex toy has been described as “quivery” but if you’re wondering why Tama Toys decided to create something so bizarre, it looks like they’re wondering the same thing themselves. In their tweet, they wrote, “A large-scale artificial vagina weighing over one kilogram! Why is it shaped like a brain, you ask? Even I don’t know how we came up with this idea… By the way, the actual item is pink and so realistic it’s scary…”

If huge brains got you feeling frisky then you’ll be glad to know this sex toy will be going on sale in October and comes together with a tube of lotion to ease your journey into this unknown territory. There is currently no official price released yet.

That’s certainly a product we never thought we would see! What do you think about that?