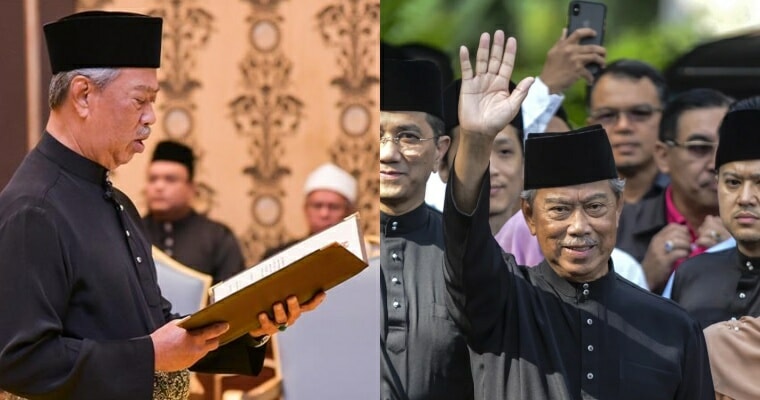 Ever wondered what were the first words coming from Malaysia’s latest prime minister?

After being appointed as the 8th Prime Minister of Malaysia this morning (1 March 2020), Tan Sri Muhyiddin Yassin left Istana Negara with his wife, Puan Sri Noorainee Abdul Rahman. As they arrived at their residence at Bukit Damansara, they were greeted by his supporters who had been waiting since 7am today. Tan Sri’s Muhyiddin’s first words were to say thanks to Allah SWT. 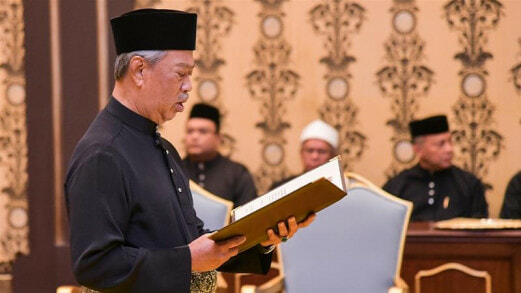 “I would just say thanks to Allah and YDPA (Yang di-Pertuan Agong) for the appointment. I will issue a special statement in the next few hours.” 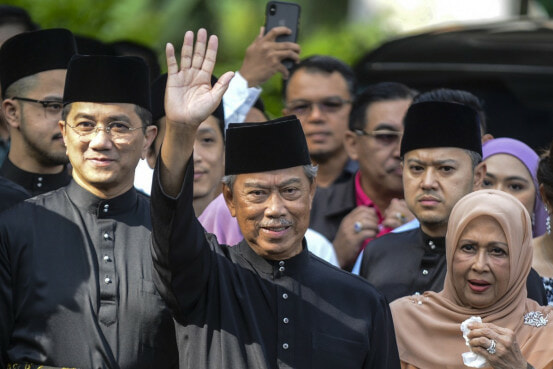 He had also expressed his gratitude to the Yang di-Pertuan Agong Al-Sultan Abdullah Al-Mustafa Billah Shah, as reported on The Sun Daily. Tan Sri’s arrival was also greeted by Bersatu Supreme Council member, Datuk Seri Redzuan Md Yusof, which is then followed by a thanksgiving prayer. The press had described that his arrival was greeted with cheers and embrace by his supporters. 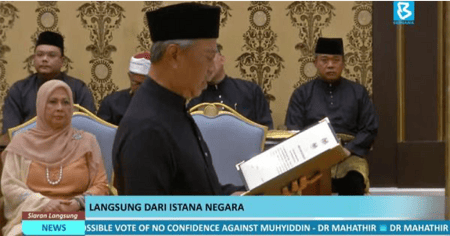